SOLIDARITY WITH THE PALESTINIAN PEOPLE .

As they suffered attacks from Israel which, according to the United Nations experts and Amnesty International, may end up being condemned as crimes of war, there was a global movement of solidarity with the people of Palestine.

It was as if the Israeli government and military wanted to prove the allegations, as described in last month’s CPNN bulletin, that they are imitating the apartheid policies of South Africa half a century ago.

The Israeli attacks began against Palestinians who protested forced evictions of their countrymen living in the neighborhood of Sheikh Jarrah in East Jerusalem. Amnesty International condemned the evictions and what they called “repeated, unwarranted and excessive force against Palestinian protesters in occupied East Jerusalem.” After that the Israeli attacks were broadened into a war against Gaza, where, according to the UN, “222 people, including 63 children, were killed . . . More than 450 buildings in the Gaza Strip were completely destroyed or damaged by missiles, the statement continued. Among them were six hospitals, nine healthcare centres and a water desalination plant, supplying around 250,000 Palestinians with clean drinking water, as well as a tower which housed media outlets including the Al Jazeera network, and Associated Press (AP).” The war was almost completely one-sided, as the UN said that only “12 people died in Israel as a result of the fighting.”

The list of solidarity events with the people of Palestine was global in scope, including events listed from almost all of the 50 states of the USA and 27 cities of the UK. Also in Europe: Belgium, Bosnia-Herzegovina, Canary Islands, Denmark, Estonia, Finland, France, Germany, Greece, Ireland, Italy, Lithuania, Netherlands, Portugal, Spain, Sweden and Switzerland, Also in the Americas: Canada, Colombia, Costa Rica, Guatemala. In Asia/Pacific there were events in Australia, Bangladesh, New Zealand and Pakistan, while in Africa: Morocco and South Africa.

In addition to the international solidarity movement, there were mobilzations for peace in Palestine and Israel.

According to our source in Palestine, “Today [May 18] will go down in history as one of the most powerful days of Palestinian non-violence resistance against the Israeli aggressions. Palestinians across the occupied West Bank, Gaza, and inside Israel took part in “GENERAL STRIKE” to protest against the Israeli occupation, aggressions in Jerusalem, and the bombardment in Gaza!!”

In Israel, thousands of Jews and Arabs rallied in Tel-Aviv in a mass march and rally for peace and coexistence, organized by the movements “Standing Together” and “Breaking the Silence”.

The solidarity movements made use of social media, despite attempts by facebook to censor them, according to a letter to facebook signed by many well-established progressive movements in the United States. They wrote that “Facebook executives’ decision at this moment to directly collaborate with Israeli Defense and Justice Minister Gantz on content moderation, without appropriate parity of government engagement until prompted by civil society, is beyond outrageous. . . . Facebook must take . . . urgent and crucial steps to repair this mistrust with our communities and ensure that we can count on Facebook and Instagram as free civic spaces and tools for holding governments accountable:”

In response to the question as to what people can do to support the Palestinian struggle for freedom, justice and equality, the BDS movement has listed five kinds of actions, including the kinds of international moral, economic and political pressure that contributed to the end of South African Apartheid.

Can we imagine that freedom, justice and equality will eventually be achieved as was the case in South Africa? The answer is “Yes,” according to this month’s blog for the culture of peace.

In addition to articles, we list virtual events for the culture of peace: Click here for upcoming events. Last month we registered 13 virtual events. 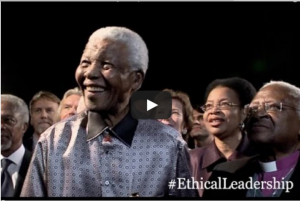 Mandela’s vision for a better world

Mandela Day 2014: how will you be an ethical leader?

Do not turn off the light – a book review

Mandela is the new Africa

UN Secretary-General’s Statement on the Death of Nelson Mandela The United Nations Convention on the Rights of the Child (UNCRC) is a legally-binding international agreement setting out the civil, political, economic, social and cultural rights of every child, regardless of their race, religion or abilities.

The Convention consists of 54 articles that set out children’s rights and how governments should work together to make them available to all children.

Under the terms of the convention, governments are required to meet children’s basic needs and help them reach their full potential. Central to this is the acknowledgment that every child has basic fundamental rights. These include the right to:

Protection from violence, abuse or neglect

An education that enables children to fulfil their potential

Be raised by, or have a relationship with, their parents

Express their opinions and be listened to.

In 2000, two optional protocols were added to the UNCRC. One asks governments to ensure children under the age of 18 are not forcibly recruited into their armed forces. The second calls on states to prohibit child prostitution, child pornography and the sale of children into slavery. These have now been ratified by more than 120 states.

Iran: Educational program for parents was held by the First National Campaign to Prevent Child Abuse in IRAN

The Global Campaign for the Prevention of Child Marriage

The carnage against Gaza civilian protesters

Amnesty International: Israeli forces must end the use of excessive force in response to “Great March of Return” protests Here are CPNN articles pertaining to this question:

Colombia: ‘Incubator of Ideas in Culture of Peace’

Panama opens a truth commission on US invasion

The U.S. Senate Torture Report as a Truth Commission Belarus: Women at the forefront of human rights struggle

France: Thousands protest against bill to curb filming of police 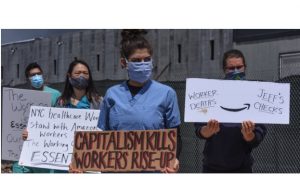 USA: Will COVID-19 Spur a Wave of Unionization?

Victory for workers’ rights at the United Nations Annual Report of Amnesty International : COVID-19 hits those shackled by oppression hardest thanks to decades of inequalities, neglect and abuse It seems that there is progress in Myanmar since the release from long imprisonment and election to parliament of Nobel laureate Aung San Suu Kyi.

Here are CPNN articles on this progression:

July 8, 2016: Teachers lead the way towards Peace in their Classrooms and Communities in Rakhine State, Myanmar