An article by Benjamin Norton in Agencia Uruguaya de Noticias

The United Nations special rapporteur said the “outrageous” sanctions the West has imposed on Syria are “suffocating” millions of civilians and “may constitute crimes against humanity.” The country’s economy contracted 90%. Nine out of 10 Syrians live in poverty.

“The entire [Syrian] population is in life-threatening conditions with severe shortages of drinking water,” electricity, fuel and food, the UN special rapporteur reported on the negative impact of unilateral coercive measures on the enjoyment of human rights, Alena Douhan. 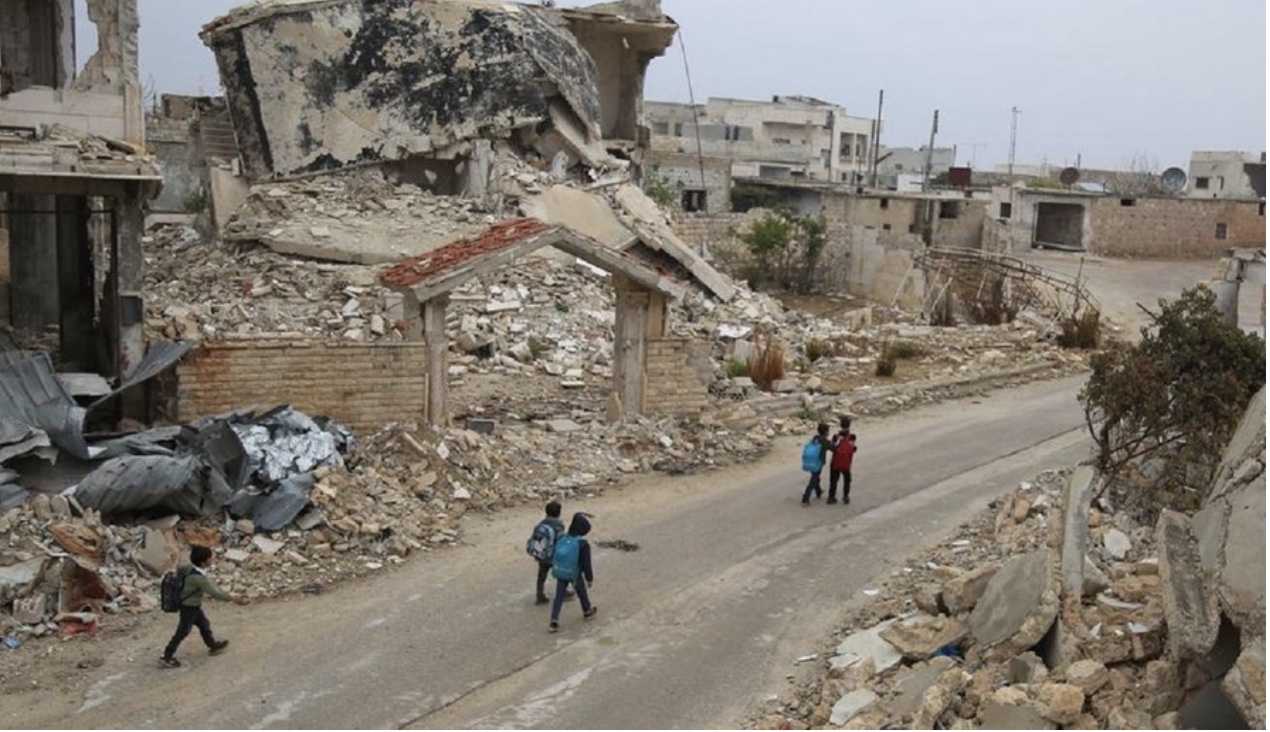 The United Nations special rapporteur said the “outrageous” sanctions the West has imposed on Syria are “suffocating” millions of civilians and “may constitute crimes against humanity.” The country’s economy contracted 90%. Nine out of 10 Syrians live in poverty.

“The entire [Syrian] population is in life-threatening conditions with severe shortages of drinking water,” electricity, fuel and food, the UN special rapporteur reported on the negative impact of unilateral coercive measures on the enjoyment of human rights, Alena Douhan.

“Maintaining unilateral sanctions amid the current catastrophic and still deteriorating situation in Syria may amount to crimes against humanity against the entire Syrian people,” the UN expert said.

Douhan, a respected international law professor, visited Syria for 12 days in October and November to investigate the impact of sanctions on the country. On November 10, she released a preliminary report that “calls for the lifting of long-standing unilateral sanctions that ‘suffocate’ the Syrian people.”

The UN special rapporteur described a medieval-style blockade, in which sanctions have “eroded to the level of complete extinction the purchasing power of households, which are in a prolonged state of survival.”

“The sanctions imposed have shattered the state’s ability to respond to the needs of the population, particularly the most vulnerable, with 90% of people now living below the poverty line,” she wrote.

Are economic sanctions a violation of human rights?

Prices have risen more than 800% since 2019, hundreds of thousands of jobs have been lost, and sanctions block the importation of “food, medicine, spare parts, raw materials, and items necessary for the country’s needs and economic recovery,” she said.

While Western governments claim to have humanitarian exceptions to their sanctions regimes, the UN expert stressed that “secondary sanctions and over-compliance” by international financial institutions prevent Syria from importing necessary goods, and have even made it very difficult for UN institutions and international humanitarian aid organizations to operate in the country.

The sanctions have also prevented the government from rebuilding damaged infrastructure, and have caused a “shortage of electricity and drinking water”, leading to daily blackouts, including in hospitals, contaminated water and even a cholera outbreak.

Due to the occupation of Syria’s oil-rich regions by the US military and its Kurdish allies, government oil production is only 10% of its pre-2010 levels, and with Western sanctions making the oil importation nearly impossible, the Syrian people face a chronic shortage of gasoline and fuel.

Douhan called for the unilateral sanctions that the United States and Europe have imposed on Syria to be lifted immediately, stressing that they are illegal under international law.

The UN expert has also previously traveled to Venezuela and reported that illegal Western sanctions had similar devastating effects on the civilian population there, while depriving the government of 99% of its revenue.

Most of the sanctions imposed on Syria came after the West launched a proxy war against the country in 2011. But the UN expert noted that Washington has imposed sanctions on Damascus since 2004.

Aggressive US sanctions imposed against Syria in 2011 and 2012 expanded to a de facto blockade in 2019, with the passage of the Caesar Act, which Douhan noted “authorized secondary sanctions against non-US persons anywhere in the world who provide financial resources.” , materials or technological support to the Syrian government or that carry out transactions with it”.

The European Union, the United Kingdom, Switzerland, Canada and Australia have imposed similar sanctions, along with the Arab League, which is dominated by the Persian Gulf monarchies.

As part of her trip, Douhan met with representatives not only of the Syrian government but also civil society organizations, health clinics, financial institutions, humanitarian groups, businesses, universities and religious bodies, as well as other UN entities. that operate in the country.

Douhan will present the final version of her report to the UN Human Rights Council in September 2023.

*Benjamín Norton is a journalist, writer and filmmaker. He is the founder and editor of Multipolarista, and lives in Latin America.