At CPNN, we are beginning to receive notices of free virtual events concerning the culture of peace. In order to inform our readership of these events, we will try an experiment: a “rolling article” about these events. We will try to update the listing every day or two, removing the events that are past (listed here) and adding new events as they are received at our contact email address. To be included here, an event must be free and must provide a registration link. Unless otherwise indicated the events are in English.

We will also include here the application deadlines for initiatives promoting the culture of peace. 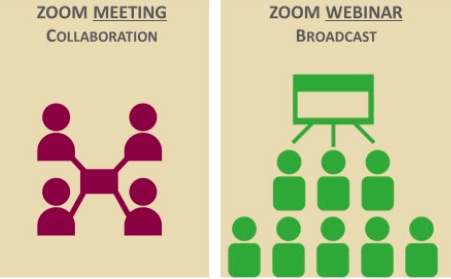 Zoom is one of many new technologies available for virtual conferences.

Jun 23, 07:00 PM Eastern Standard Time (US and Canada)
Preparations for Nuclear War with China over Taiwan – Then and Now

Daniel Ellsberg has done it again! 50 years after his courageous whistleblowing release of the Pentagon’s secret Vietnam War history, The Pentagon Papers, he has again shaken the nation and the world with a new revelation. It has critically important implications for the new Cold War confrontation with China and the debate over the possibility over Congress or the the Biden Administration adopting a No First Use nuclear policy.
— For more than 60 years the government has kept secret its 1958 willingness to completely sacrifice Taiwan in order to save it. During that Taiwan crisis, the Eisenhower administration prepared and threatened to attack China with nuclear weapons. Ellsberg’s revelation demonstrates that Eisenhower and Dulles were willing to accept a retaliatory Soviet nuclear attack on Taiwan following U.S. nuclear bombing of China.
— As the U.S. and China ratchet up tensions over Taiwan, Ellsberg asserts that the Pentagon must again be debating the possibility of sacrificing Taiwan and its people to save them.
— Sponsored by Massachusetts Peace Action, the Campaign for Peace Disarmament and Common Security, and the Committee for a Sane US-China Policy
— Zoom registration

On the 71st anniversary of what is officially recognized as the start of the Korean War, World BEYOND War will present a panel discussion with preeminent Korea historian Bruce Cumings, Korean-American peace activist Christine Ahn, and Youngjae KIM, a peace activist based in Seongju, South Korea. They will reflect upon the neglected history and human costs of the unresolved war and discuss what is needed to finally bring closure to America’s oldest, endless war.
— This event will include simultaneous translation in Korean.
— Click here to Register

The International Center on Nonviolent Conflict (ICNC)is pleased to host Dr. Jacob S. Lewis, the author of the forthcoming monograph Trust and Mobilization in Africa’s Third Wave of Protest. Democratic backsliding around the world has highlighted the importance of nonviolent civil resistance as a method of protecting and seeking democracy. One core component in both collective action and democracy is social trust, yet there has been comparatively little research on the role that social trust plays in shaping the onset and maintenance of civil resistance. Drawing evidence from Africa, this study examines two questions. First, do higher levels of social trust correlate with higher willingness to participate in nonviolent protests? Second, does trust correspond with increased preferences for nonviolent action? The study then verifies these individual-level findings by examining real-world data on proportional levels of violent and nonviolent conflict.
— Click here to register

Based upon the feedback and recommendations received from the first Global Webinar Series, Religions for Peace, in coordination with Regional Offices, will convene the second series of global capacity development webinars in 2021, with a view to continuing to facilitate the process of strategic Learning Exchange among IRCs across the movement. These webinars will focus on our Six Strategic Goals:
Promote Peaceful, Just, and Inclusive Societies
Advance Gender Equality
Nurture A Sustainable Environment
Champion the Freedom of Thought, Conscience, and Religion
Strengthen Interreligious Education
Foster Multi-religious Collaboration and Global Partnerships
Simultaneous translations for Arabic, French, and Spanish will be provided for all global webinars. Following each of these, regional webinars will be organized under the leadership of the Religions for PeaceRegional Secretaries General, in coordination with Religions for Peace International Secretariat.
— This event is by invitation only. Inquiries can be sent to pbartoli@rfp.org.

The International Center on Nonviolent Conflict (ICNC) is pleased to host Robyn Gulliver and Winnifred Louis as they discuss their forthcoming monograph, co-written with Kelly Fielding, Civil Resistance Against Climate Change: Strategies, Tactics and Outcomes of a National Climate Change Movement in Australia. Beginning with an overview of the groups which engage in climate change civil resistance and the tactics they use, the presenters will then discuss the extent to which this activity is succeeding in achieving its goals. The webinar will also include a discussion of the dynamics and outcomes of two case study campaigns (the Stop Adani anti-coal mine campaign and the Divestment campaign), before concluding with consideration of how different levels of the Australian government is responding to climate change related civil resistance.
— Click here to register