The Colombian Constitutional Court’s ruling in favour of the decriminalization of abortion during the first 24 weeks of a pregnancy is a great triumph for human rights, said Amnesty International today. 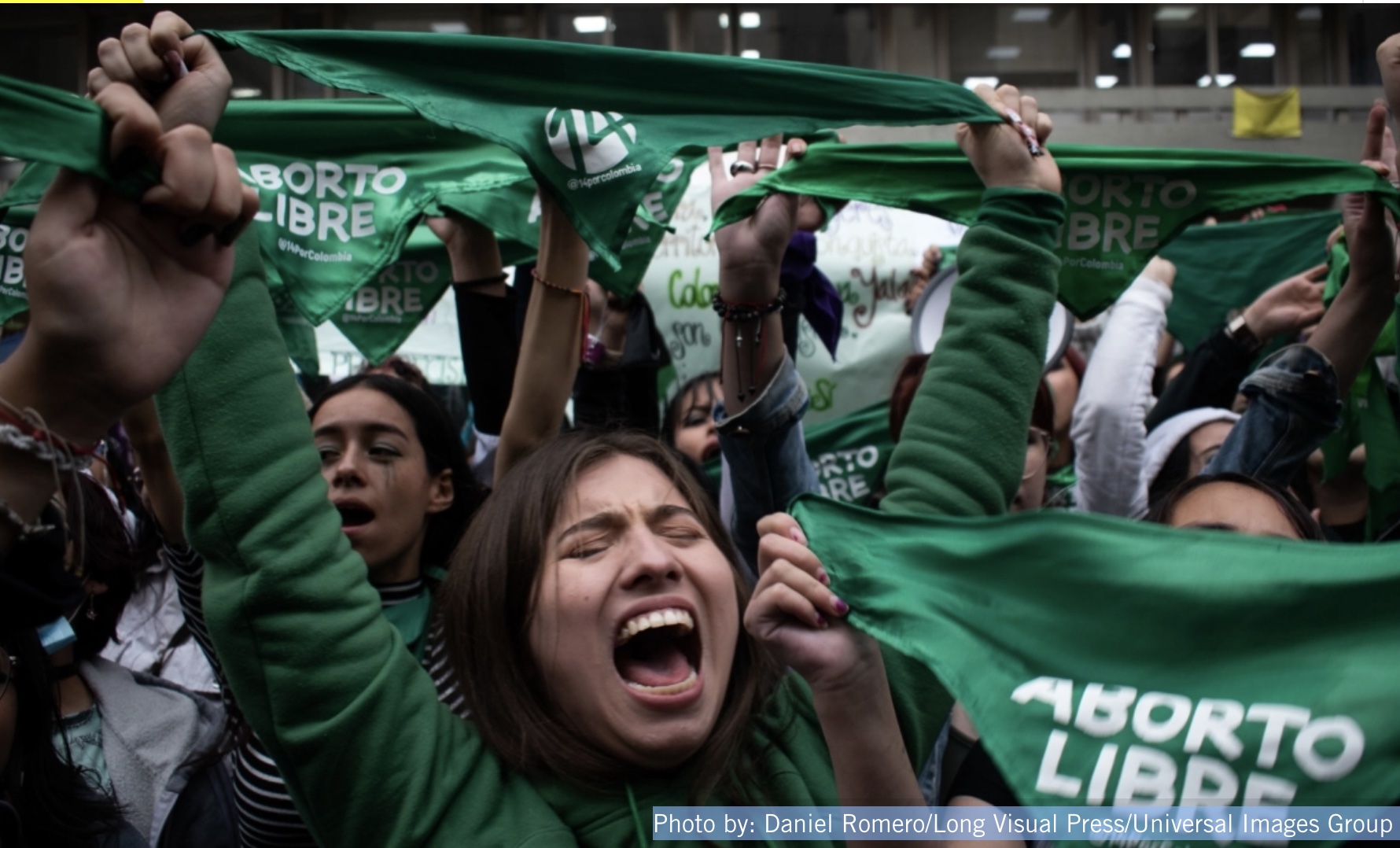 “We celebrate this ruling as a historic victory for the women’s movement in Colombia that has fought for decades for the recognition of their rights. Women, girls and people able to bear children are the only ones who should make decisions about their bodies. Now, instead of punishing them, the Colombian authorities will have to recognize their autonomy over their bodies and their life plans,” said Erika Guevara-Rosas, Americas director at Amnesty International.

“Following the legalization of abortion in Argentina last year and the recent decriminalization in Mexico, this ruling is yet another example of the unstoppable momentum of the green tide in Latin America. We will not stop fighting until the sexual and reproductive rights of all women, girls and people able to bear children are recognized in the entire continent, without exception.”

The Constitutional Court approved the ruling to decriminalize abortion today during the first 24 weeks of pregnancy, with five votes in favour and four against. After 24 weeks, legal abortion will continue to only be permitted in cases of a risk to the life or health of the pregnant person; the existence of life-threatening fetal malformations; or when the pregnancy is the result of rape, incest or non-consensual artificial insemination.

“Although decriminalizing abortion in the first 24 weeks is a vital step forward for abortion rights in Colombia, and for Latin America and the Caribbean, no one should ever be criminalized for accessing an abortion. It’s vital that we keep pushing for full access to safe and legal abortion in all circumstances in Colombia and beyond,” added Erika Guevara-Rosas.

Despite being a fundamental right established by the Constitutional Court in Decree C-355 of 2006, access to abortion is currently unequal and limited in Colombia. It is estimated that currently in the country there are 400,400 abortions performed each year, and that less than 10% of these procedures are performed legally, with a high concentration of services in the biggest cities.

Legal abortion is not only much safer than clandestine abortion, but also the cost of its provision in Colombia, compared to care for incomplete abortion,  is much lower  when performed in top-level institutions, using the techniques recommended by the World Health Organisation.

The criminalization of abortion exacerbates inequalities between women. The vast majority of those reported for clandestine abortions in Colombia are those who live in rural areas and almost a third  of them are survivors of domestic violence, sexual violence or personal injury. Therefore, instead of framework with greater guarantees of human rights, a framework of persecution against the most vulnerable women has prevailed.

Moreover, the criminalization of abortion has generated fear and stigma in health care providers,  causing them to avoid providing the service  of termination of pregnancy for fear of the social and legal consequences they may face.

For more information or to arrange an interview, contact: Duncan Tucker: duncan.tucker@amnesty.org