A petition available at Action Network

A LABOR STATEMENT ON THE CRISIS IN UKRAINE
by Founders, Leaders and Supporters of U.S. Labor Against the War*

To: President Joseph Biden
From: [Your Name]

We oppose the bellicose behavior of the U.S. government regarding the crisis in Ukraine. We condemn U.S. provocative rhetoric and preparations for yet another war. We condemn the destabilizing policies the U.S. has pursued that have contributed to the crisis, in this case especially the steady expansion of NATO eastward toward Russia. 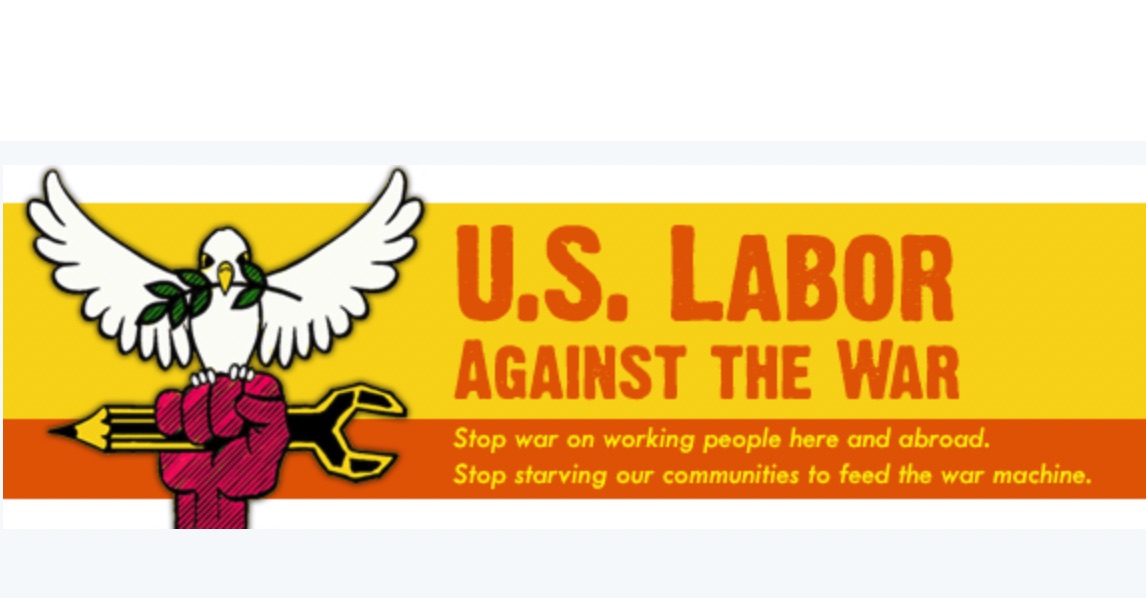 We oppose the bellicose behavior of the U.S. government regarding the crisis in Ukraine. We condemn U.S. provocative rhetoric and preparations for yet another war. We condemn the destabilizing policies the U.S. has pursued that have contributed to the crisis, in this case especially the steady expansion of NATO eastward toward Russia.

To defuse the crisis and lay a foundation for its diplomatic resolution, the U.S. should immediately declare its policy and commitment that NATO will not advance any further toward the Russian border. Ukraine’s entry into NATO requires the unanimous agreement of all existing NATO members. Ukraine has no automatic right to join NATO. The US has no obligation to hold open the possibility of that opportunity. Rather than deploying thousands of US troops and billions of dollars in military hardware to the region, which only serves to inflame the situation, the US should make clear its commitment that NATO will not expand any further toward Russia, and that NATO and the US will deploy no missiles or other aggressive weapons or forces in any state on Russia’s borders, recognizing that NATO currently already includes states that border Russia: Norway, Estonia, and Latvia.

We call upon the US, other NATO countries, Ukraine and Russia to de-escalate their confrontation, pull all military forces back from their borders, and engage in good faith negotiations to resolve their differences based on the concept of “common security” in which the strategic interests of all parties are addressed.

The US military-industrial complex has an insatiable appetite for war and the threat and preparation for war. Despite having just ended its “forever war” in Afghanistan, the US is increasing its military budget for the coming year to an astounding $768 billion. We must not allow Congress to once again squander hundreds of billions of dollars in military spending, money that is urgently needed for the full Build Back Better agenda to meet the needs of the American People. We must contract, rather than continue to expand US military operations around the world, operations that are already the world’s leading contributor to carbon emissions and global warming.

We invite and encourage other leaders, organizers, and activists in the US labor movement to sign on to this statement, pass resolutions along these lines in their unions, and press all members of Congress and President Biden to reverse course and declare that the US will not support continued NATO expansion to Russia’s borders. Twenty years of the so-called “Global War on Terror” should have taught us that complex international disputes cannot be resolved by military might. Patient, persistent multilateral diplomacy that addresses the security interests of all parties is what is now required.

The resources now plowed into war and preparation for war should be devoted to meeting the urgent needs of working class people and addressing the global challenge of climate change. We and the world cannot afford another senseless, wasteful, and destructive military conflict.

Signatories (Organizations listed for ID only)