Amid an escalating Republican assault  on reproductive rights and a looming U.S. Supreme Court reckoning, women and allies across the United States and around the world took to the streets Saturday to #RallyForAbortionJustice and defend Roe v. Wade. 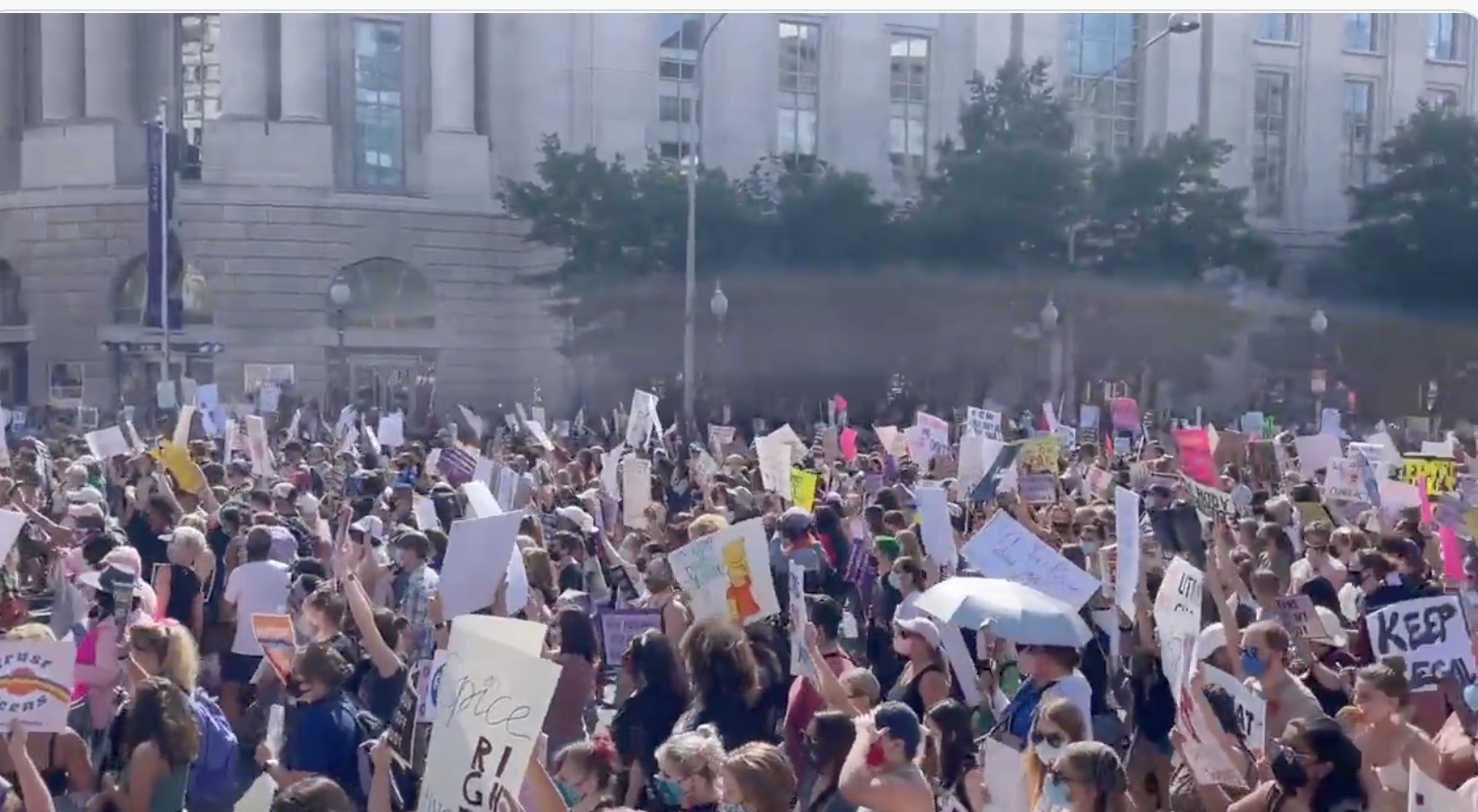 (frame from video by @Molly JongFast)

Tens of thousands of demonstrators marched in Washington, D.C, New York City, Los Angeles, and more than 600 other cities and towns, according to Women’s March, the event organizer.

At the Houston rally—where signs read “Abort Abbott” in protest of S.B. 8, Texas’ draconian abortion law signed earlier this year by Republican Gov. Greg Abbott—more than 10,000 people turned out, with many chanting, “Our bodies, our choice.”

“For a long time, groups of us were ringing the alarm bell around abortion access and many of us were told we were hysterical and Roe v. Wade will never be overturned,” Carmona told  USA Today. “But now it’s clear that our fears were both rational and proportional.”

Women’s March  says  that by refusing to block the Texas law—which bans abortions after six weeks  without  exceptions for rape or incest, and offers $10,000 bounties for vigilantes who successfully sue anyone who “aids or abets” the medical procedure—the Supreme Court “effectively took the next step towards overturning Roe v. Wade.”

In May, the Supreme Court announced it will hear a challenge to Mississippi’s near-total abortion  ban , a case that author Lauren Rankin  warned  “may very well be the death knell for Roe v. Wade” given the high court’s conservative supermajority.

Nearly all  House Democrats  came together  last week to pass the  Women’s Health Protection Act  (WHPA) in response to the Texas law and amid  mounting fears  that the Supreme Court will overturn Roe.  According to  the advocacy group Equal Access to Abortion, Everywhere, the WHPA would establish “a statutory right for health care providers to provide, and their patients to receive, abortion care free from medically unnecessary restrictions, limitations, and bans that delay, and at times, completely obstruct, access to abortion.”

However, the bill faces an uphill battle in an evenly split Senate in which anti-choice Democrat Joe Manchin of West Virginia and Sen. Bob Casey (D-Pa.)  oppose  the measure.