The greatest advances continue to be seen in Latiin America.

In Brazil, two years ago CPNN reported that almost all state courts and judicial policy makers took part in a debate at the Superior Labor Court in Brasilia on the current stage of restorative justice in the country. And recently we have seen developments in restorative justice aimed at promoting a culture of peace in the Brazilian states of Pernambuco and Ceará.

In Argentina, the National Directorate of Mediation and Participatory Methods of Conflict Resolution, held the “National Meeting of the Federal Network of Community Mediation Centers and Training in School Mediation”. In the CPNN article they list the advantages of community mediation and the responsibilities of the mediators and the parties concerned.

In Panama, the Coordination Office of the Community Mediation Program presented the main results achieved during the year 2021. Most cases continue to be initiated voluntarily, that is, that the citizen directly attends the Center to request the conflict management service without the intervention of a judge or other authority.

In Mexico, 13 mediation centers are available in the capitol state. The CPNN article describes the process of mediation in detail.

In the Dominican Republic, the National Conflict Resolution System (Sinarec), reported that in the past year 2021 it trained more than 11 thousand people in its citizen education programs for alternative conflict resolution and culture of peace. Among those trained were members of public ministries, psychologists, teachers, members of the National Police, community and ecclesiastical leaders.

Europe is advancing as well. Ministries of Justice of the Member States of the Council of Europe took part in the Conference on the theme of restorative justice, in Venice in December. The two-day Ministerial Conference concluded with the signing of the Venice Declaration, a joint document that stimulates policies aimed at a wider dissemination of restorative justice, access to which “should be an objective of the national authorities”.

In Spain, the Specialized Mediation Group of the Granada Bar Association has discussed and described the transformative practice of mediation. This type of mediation orients the participants towards conflict transformation, maximizing the choice and control of the parties in terms of content and process, increasing the intervener’s transparency, avoiding the use of pressure, manipulation and overreaction and promoting the conversation between the parties.

Over the years CPNN has carried many articles about the use of restorative justice in the United States. And most recently, the law school of Marquette University has established a Center for Restorative Justice. The center will train law students in how to use restorative justice at local, national, and international levels in a guided civil dialogue to address conflict, promote healing, and facilitate problem solving.

A bill was introduced in December in the Rajya Sabha, the upper house of the bicameral Parliament of India to promote mediation (including online mediation), and provide for enforcement of settlement agreements resulting from mediation.  The bill sets out the procedures that must be followed in mediation and among other measures, it would require the central government to establish the Mediation Council of India.

If only these principles of mediation and restorative justice could be used at the level of international relations ! For example, Russia has recently proposed peace treaties with the United States and with NATO, but so far they are being completely ignored, not only by the USA and Europe, but also by the mass media in these countries. 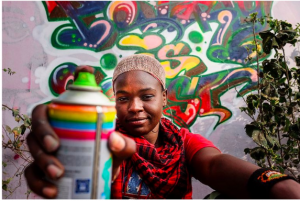 Fourth Contest of Animations for Peace Maine, USA: Reclaiming a Culture of Peace and Non-Violence

Côte d’Ivoire: clubs of peace and non-violence installed in Universities Here are excerpts from the Wikipedia article about the International Network of Museums for Peace.

The Network was established following a conference in Bradford in 1992.

Between 1992 and 2009, the network was very informal, sustained by occasional newsletters between international conferences. As the number of peace museums worldwide increased, however, the network needed to formalise its structures. Steps towards addressing this were taken at the Gernika conference of 2005, including changing the name of the organisation to the International Network of Museums for Peace (INMP).

In 2009 the INMP was established as a foundation (nonprofit) in The Hague and, with the support of the municipality, opened its secretariat and archive in the Bertha von Suttner Building near the Peace Palace in 2010. Since 2014 the INMP, as an international NGO, has been granted special Consultative Status from the UN ECOSOC, and gained ANBI-status in the Netherlands. The foundation consists of a General Coordinator, ten international Executive Board members and twelve international members in the Advisory Committee.

In 2018, the INMP Office in the Hague was closed, and moved to the Kyoto Museum for World Peace at Ritsumeikan University, Kyoto, Japan.

Peace Museums flourish around the world Here is the message according to the Rev. Dr. William J. Barber II, who heads up the “The Poor People’s Campaign: A National Call for Moral Revival” reviving the campaign that was called for by Dr. King back in 1968.

Speaking on the “Democracy Now!” news hour, Rev. Barber reflected on how little has truly changed since King’s time: “Fifty years later, we have nearly 100 million poor and working poor people in this country, 14 million poor children. … Fifty years later, we have less voting rights protection than we had on August 6, 1965,” he said. “[Republicans] have filibustered fixing the Voting Rights Act now for over four years, over 1,700 days.”

Barber says the answer is fusion politics: “We have black, we have white, we have brown, young, old, gay, straight, Jewish, Muslim, Christians, people of faith, people not of faith, who are coming together,” creating what he calls the “Third Reconstruction. . . ”

Barber sees transformation of the Deep South on the near horizon, but doesn’t claim it will be easy. Recent court victories against both racial and political gerrymandering in North Carolina will further empower African-Americans and other traditionally marginalized groups. But the real work will be done not in the courts, but in the streets. . . .

USA: An uprising is a collective gasp for life

The resurrection of Dr. King Here is a good discussion of this.

Critics of war play frequently treat play as if it occurs in such a social vacuum, with little consideration of the broader societal context in which play happens. Social and cultural values shift with time and it is foolhardy to think that toys and play will not follow these trends. Increasing levels of aggression within toys have to be seen as part of a wider trend within society towards desensitisation of violence. Today, violence is brought ever closer to home through the intensity of round-the-clock news footage of armed conflict and incidents of terrorism, and the use of cultures of fear by world leaders to sustain particular (geo)political ideologies.

When reflecting upon the trend reported in the study, economic factors also have to be taken into consideration. Toy companies have to produce a saleable product – and this tends to be a product reflective of wider societal trends. With the drive towards franchising and diversification of target audiences as marketing strategies (as seen with the Lego brand, prompting the likes of Star Wars, Lord of the Rings and Harry Potter themed play sets, and the targeting of adult consumers) digital media is leading developments in non-digital media. Here we are seeing trends towards fantasy scenarios centred on overcoming imaginary evils.

Scholars have shown this is part of wider cultures of fear within the post 9/11 era. Toys and digital media are, therefore, reflecting the social and political life of their time and contributing to the prevailing geopolitical climate. Childhood is not a sphere of innocence magically shielded from the wider world; it plays an active part in shaping it.

Parents should buy peace toys for their children

Mexico: Inauguration of the campaign “Game as an Instrument for the Culture of Peace”

Londrina encourages its merchants not to sell toy weapons. Day of the Girl Child — Writings by Afghan women

In education, girls deserve what works

Launch of World Atlas of Gender Equality in Education To begin this discussion, see the videos from three people who first developed the culture of peace concept at UNESCO and the United Nations, Federico Mayor Zaragoza, Anwarul Chowdhury and David Adams:

Johan Galtung: The Fall of the US Empire

The Secret of the 5 Powers – A documentary about nonviolent heroes Dr. Ada Aharoni’s considers that through poetry, people from both sides of conflicts, might come to understand each other better, and that this understanding can lead to the promotion of peace, as she explains below:

THE POWER OF THE POEM AND PEACE THROUGH POETRY

“The real profound difference between human beings is their Culture: mainly, their Cultural Heritage, Literature, Poetry, Language, Values, Norms, Traditions and their History. In the case of people in long conflicts – like the Israelis and Palestinians – feelings of fear, mistrust and lack of understanding have been piling up in their hearts and minds over the years, on both sides.

Only a suitable vehicle that can reach and profoundly penetrate through those layers of mistrust, suspicion and fear, can overcome those separating boundaries and build bridges of trust and respect for each other’s humanity. The best vehicle for this delicate operation is the magic and healing of the Poem, with its words of comprehension, feelings, care and tenderness. The poem has the marvellous ability to create bridges of trust and love.

Peace Poetry can also impart the important and crucial message that we all belong to one family, the family of humanity, and that violence and terror only lead to chaos, destruction, sorrow and deep pain and misery on all sides.

In every conflict there are two stories. The Poem of Peace, because of its wonderful ability to present both sides in all its reality, pain, hope and yearning for peace – can lead to mutual recognition and reconciliation, and to the building of confidence, trust, respect and love.”

Here are some films and videos recommended by our readers.

Film from South Africa: Everything Must Fall

Film: Truth, Deception and the Spirit of I.F. Stone

Snowden: Best Film of the Year

Documentary Review: “Where to Invade Next” by Michael Moore

Fourth Contest of Animations for Peace

Gaming for Peace and Justice