An article by by Natylie Baldwin in Antiwar.com

(Editor’s Note: In recent weeks, Russian President Putin has proposed new peace treaties between Russia and the US and between Russia and NATO. Google lists perhaps a hundred news articles that mention Putin’s proposals but nowhere in any of the articles could I find a reference to the actual text of the proposals or to the historical context that includes American assurances at the end of the Cold War that NATO would not be expanded towards Russia. Instead, the articles listed by google support American and NATO claims that that Putin’s proposals mask a justification for Russian invasion of the Ukraine. Finally, after a rather long and detailed search, I found the following article (not listed by google) that links to the treaty proposals and to the historical context. Here it is.) 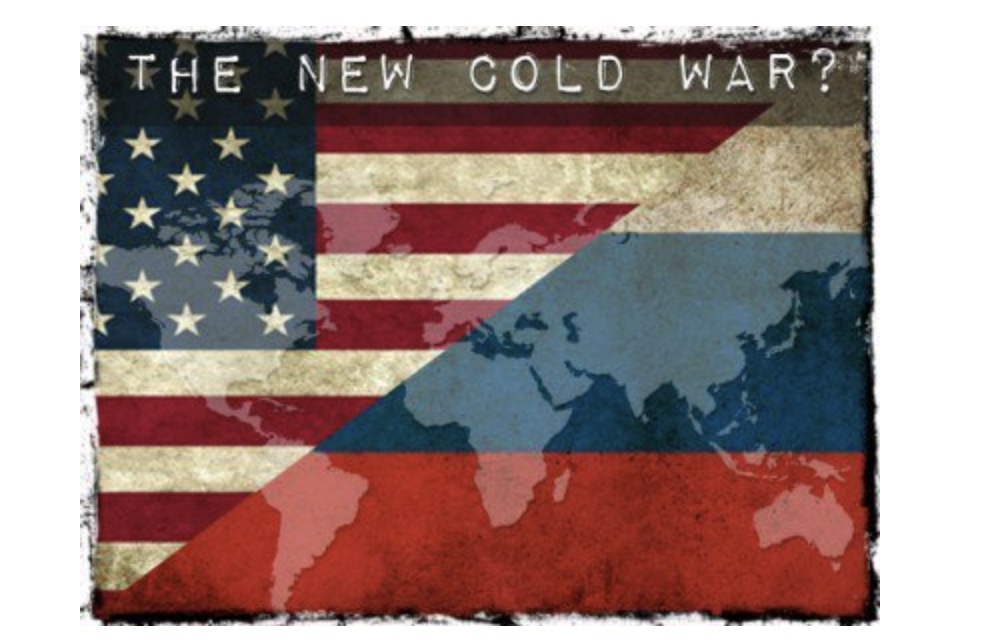 Illustration from the blog of Natylie Baldwin

An American Russia expert recently observed that diplomacy is not a reward for good behavior. Rather diplomacy is a necessary activity required for averting war. Skilled diplomacy requires one to understand the perceived interests of the other side and what shapes those perceptions. This helps both sides to arrive at a mutually agreeable resolution that takes into account the most serious concerns of each. The Biden administration would be wise to give a fair hearing to the security concerns of the world’s other nuclear superpower at the upcoming meeting with Russia on January 10th in order to avert unnecessary escalation in Eastern Europe.

As Putin gets further into what could be his final term as president, he has decided to try to get a meaningful resolution to one of his top priorities: ensuring Russia’s national security. If he can successfully resolve this issue, he may feel freer to open up the purse strings and invest more in his other top priority: raising Russia’s living standards, which have fallen behind as a result of the austerity  that has been imposed as the Russian government has focused on macroeconomic stability to make the economy “sanction-proof. ”

He has started by offering a proposed draft agreement between  Russia and the US and one between  Russia and NATO that guarantee no further eastward expansion of NATO and no stationing of US/NATO troops in Ukraine or intermediate- and short-range missiles in Europe.

While it may seem like Russia is making extreme demands and offering no concessions of its own in return, one must keep a few points in mind. First, at the beginning of negotiations, parties will typically start with maximalist positions with the idea that they will be whittled down during talks to something they can live with. Second, Russia has genuine security concerns that many Americans are not aware of because most media has made little attempt to explain Russia’s perspective with regard to its disagreements with the US-led west.

Lacking some of the natural barriers that Americans take for granted, Russia has a history of invasions from the West, including Germany twice in the 20th century – having come through the Polish/Ukrainian corridor. Hitler’s invasion in WWII resulted in around 27 million dead Soviets and destruction of a third of the country. These perceived security interests are driven by historical experience and therefore represent a Russian view, not simply a Putin view.

With this heavy history, Mikhail Gorbachev was hesitant to allow a reunified Germany during 1990 negotiations with western leaders. Declassified government documents  reveal that in order to secure Gorbachev’s agreement, he was promised verbally more than once by US Secretary of State James Baker and other western officials that NATO would not move “one inch eastward.”

After the mutually negotiated end of the Cold War and subsequent dissolution of the Warsaw Pact, NATO had lost its reason for existence and had to resort to finding other justifications for remaining in business. This project was assisted by political ideologues , such as Zbig Brzezinski and Neoconservatives, as well as intense defense contractor lobbying  which helped spur NATO expansion rather than a re-negotiation of a European security architecture that would ensure the security of all parties. From Russia’s perspective, it made sense to ask: if the Cold War had ended, Russia had voluntarily given up its empire and was no longer an enemy, then why was NATO being expanded with Russia excluded from these new security arrangements?

Not only has the US overseen several rounds of NATO expansion since 1999, it has unilaterally withdrawn from several important treaties governing arms control. The first is the ABM Treaty, the abrogation of which Russia viewed as a threat to its nuclear retaliatory capability. There is also the INF Treaty, the dissolution of which will now allow the US to potentially station intermediate range missiles in Europe, representing another perceived danger to Russia’s security interests.

Then there was the US-supported coup that removed the corrupt but democratically elected leader of Ukraine in 2014, which sparked deeper dissension in a country that has political and cultural divisions that go back centuries. The cold hard reality is that Ukraine has more strategic and historical significance to Russia than it could ever have to the US thousands of miles away. Russia also has the advantage of proximity in the event of a military conflict. The US should seriously reconsider the wisdom of paying lip service to Ukraine’s military defense for any such scenario. Ukraine is the poorest  country in Europe and also one of the most corrupt . Ukraine would provide no benefit to NATO as a member and it’s safe to say that neither Americans  nor most Europeans  would be willing to die for it. Ukraine would be best served if it were militarily neutral and allowed to negotiate economically beneficial relations with both Russia and the West, with the most extreme political elements in the country discouraged from their most reckless inclinations.

It’s time for the US to get beyond its post-Cold War triumphalist mentality and pursue practical diplomacy with Russia. Insisting that all countries have the right to decide what military alliances they join without regard to the larger real world context is a nonstarter. Everyone knows the US would never take this attitude if Russia and China decided to lure Canada or Mexico into joining a military alliance with them.

The Russia of 2022 is not the Russia of the 1990’s. In order to get something, the US-led west will now have to give something. That means a willingness to seriously address Russia’s security concerns. It remains to be seen if the US is capable of the shift in mindset needed to rise to the occasion.