An article from the Tribune de Geneva (translation by CPNN) 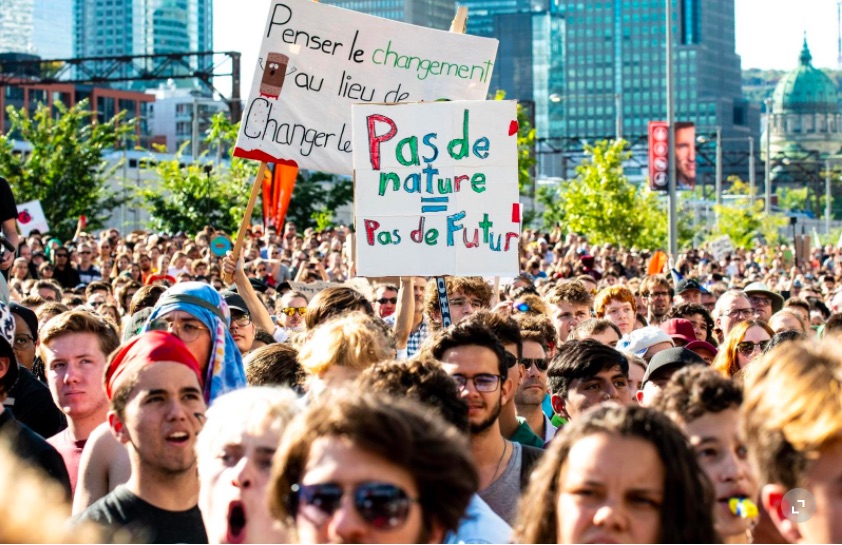 As of September 27, 2019, nearly half a million people had already marched through the streets of Montreal. AFP

Last year, on September 27, nearly half a million people marched through the streets of Montreal with Swedish activist Greta Thunberg as part of the “global climate strike.” The march was called “the biggest demonstration in Quebec history” by one of the organizers.

Among the organizations that called for the demonstration on Saturday, on the occasion of the world day of climate mobilization, were notably the student coalition for an environmental and social shift (CEVES), “the planet is invited to parliament” and the ” coalition for the de-financement of the police ”.

The protest began in front of a downtown monument that until recently housed the statue of a former prime minister of Canada. The bronze statue of John A. Macdonald, accused of carrying out a policy of forced assimilation of indigenous populations, was thrown to the ground in late August during an anti-racism rally.

Children’s shoes were placed in front of the monument to symbolize the threat of climate change to new generations.