Argentina’s government said on Thursday (July 7) it had received China’s formal support for the country’s bid to join the BRICS group comprising Brazil, Russia, India, China and South Africa, a bloc seen as a powerful emerging-market alternative to the West. 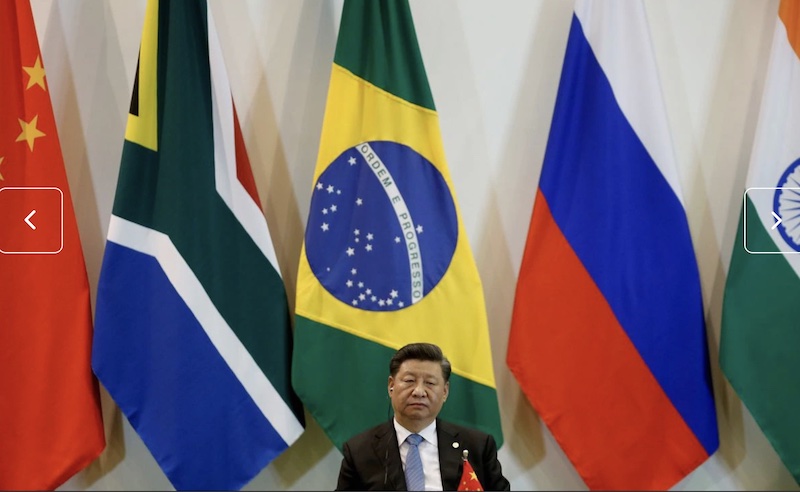 Argentina’s foreign minister Santiago Cafiero met with his Chinese counter Wang Yi at a G20 event in Indonesia, where that support was formalized, the ministry said in a statement. Argentina is a major exporter of soy, wheat and corn.

“Wang Yi formally confirmed his country’s support for Argentina’s membership of the BRICS group, in line with what was agreed between the group’s leaders,” Argentina’s foreign ministry said.

It added that if Argentina joined the group it would “strengthen and broaden its voice in defense of the interests of the developing world.”

Argentina’s President Alberto Fernandez had previously said that the country, which is battling an economic crisis with high inflation and weak foreign currency reserves, wanted to join the BRICS group. That process required the support of its members.

The term BRIC was coined by Goldman Sachs economist Jim O’Neill in 2001 to describe the startling rise of Brazil, Russia, India and China. The BRIC powers had their first summit in 2009 in Russia. South Africa joined in 2010.

China has by far the largest economy in the BRICS grouping, accounting for more than 70% of its collective $27.5 trillion economic might. India accounts for about 13%, with Russia and Brazil representing about 7%, according to IMF data.