Hundreds of thousands took to the streets in over 450 protests across the country Saturday demanding lawmakers take action on gun control laws in the wake of recent mass shootings in Uvalde, Texas, and Buffalo, New York. March for Our Lives, the youth-led organization created by students who survived the mass shooting at Parkland’s Marjory Stoneman Douglas High School in 2018, organized Saturday’s rallies. 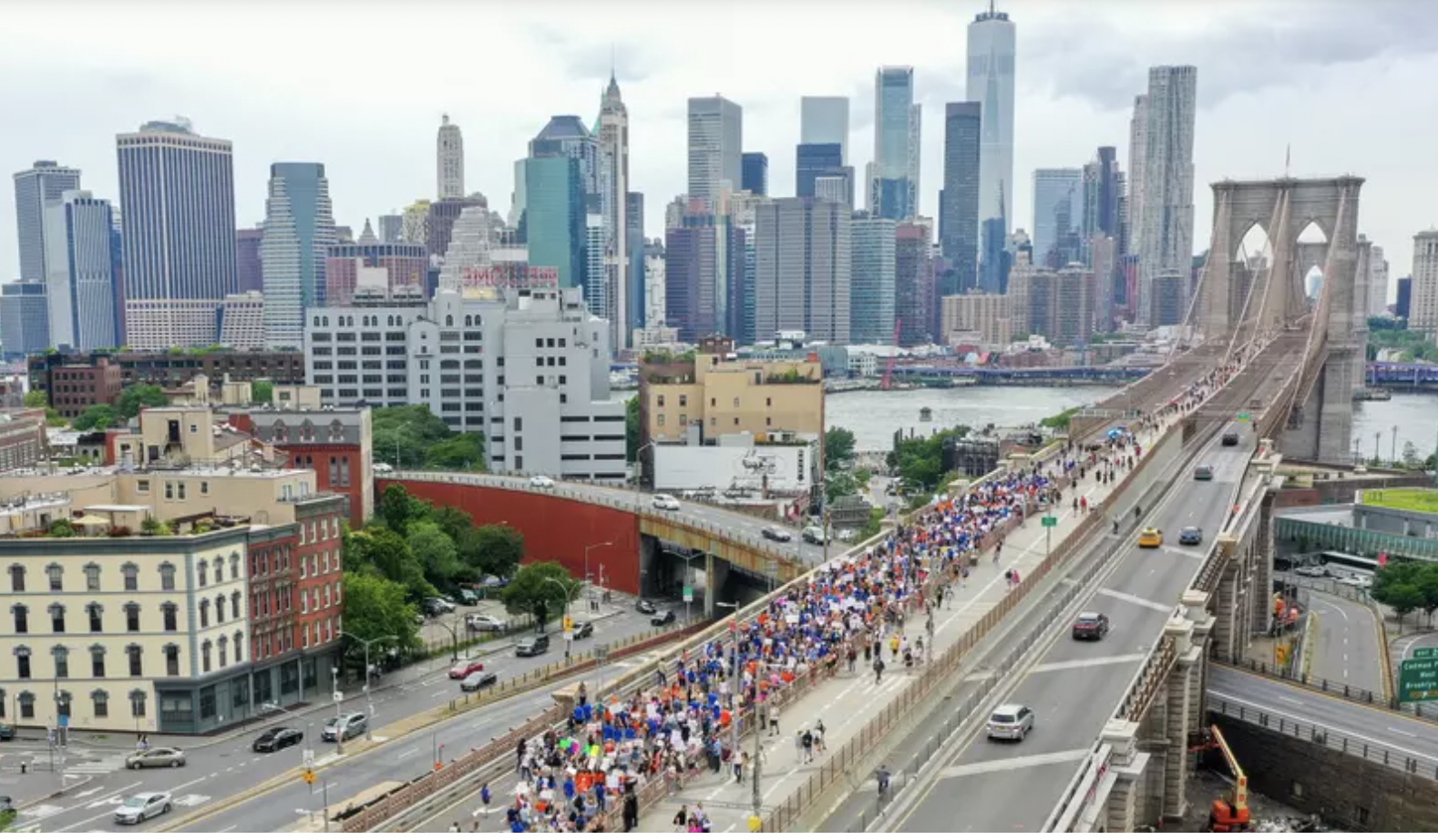 An aerial view of large crowds are seen during the ‘March For Our Lives’ protest as they march on Brooklyn Bridge in New York City, United States on June 11, 2022. (Photo by Tayfun Coskun via Getty Images)

“Avoid attending school if your leaders fail to do the job and keep us safe from gun violence.”

Patricia and Manuel Oliver, whose son, Joaquin, was among those killed in Parkland, addressed the Washington, DC crowd announcing a new campaign called I Will Avoid.  “Our elected officials have betrayed us and avoid the responsibility to end gun violence…Today we announce a new call to action, because I think it’s time to bring a consequence to their inaction.”

Manuel said, “If lawmakers who have the power to keep us safe from gun violence are going to avoid taking action,” then he’s calling for a nationwide strike of schools, from elementary to college.

“Avoid attending school if your leaders fail … to keep us safe,” he said. “Avoid going back to school if President Biden fails to open a White House Office of Gun Violence Prevention so that we can finally give this issue the attention that it deserves.”

Manuel echoed a call published last month in The Atlantic magazine “Students Should Refuse to Go Back to School” as reported by Common Dreams.

“What I say here today is mostly directed at Congress…I have reached my fucking limit! – X Gonzalez”

Parkland shooting survivor and activist X Gonzalez also spoke at the Washington rally: “What I say here today is mostly directed at Congress. I’ve spent these past four years doing my best to keep my rage in check, to keep my profanity at a minimum so that everyone can understand and appreciate the arguments I’m trying to make, but I have reached my fucking limit!”

Gonzalez drew loud cheers from the crowd. “We are being murdered. Cursing will not rob us of our innocence. You say that children are the future, and you never fucking listen to what we say once we’re old enough to disagree with you, you decaying degenerates! You really want to protect children? Pass some fucking gun laws!”

In Portland, Maine, hundreds rallied in a park outside the courthouse before they marched through the Old Port and gathered outside of City Hall. As they marched, they chanted, “Hey, hey, hey, NRA, how many kids have to die today.” 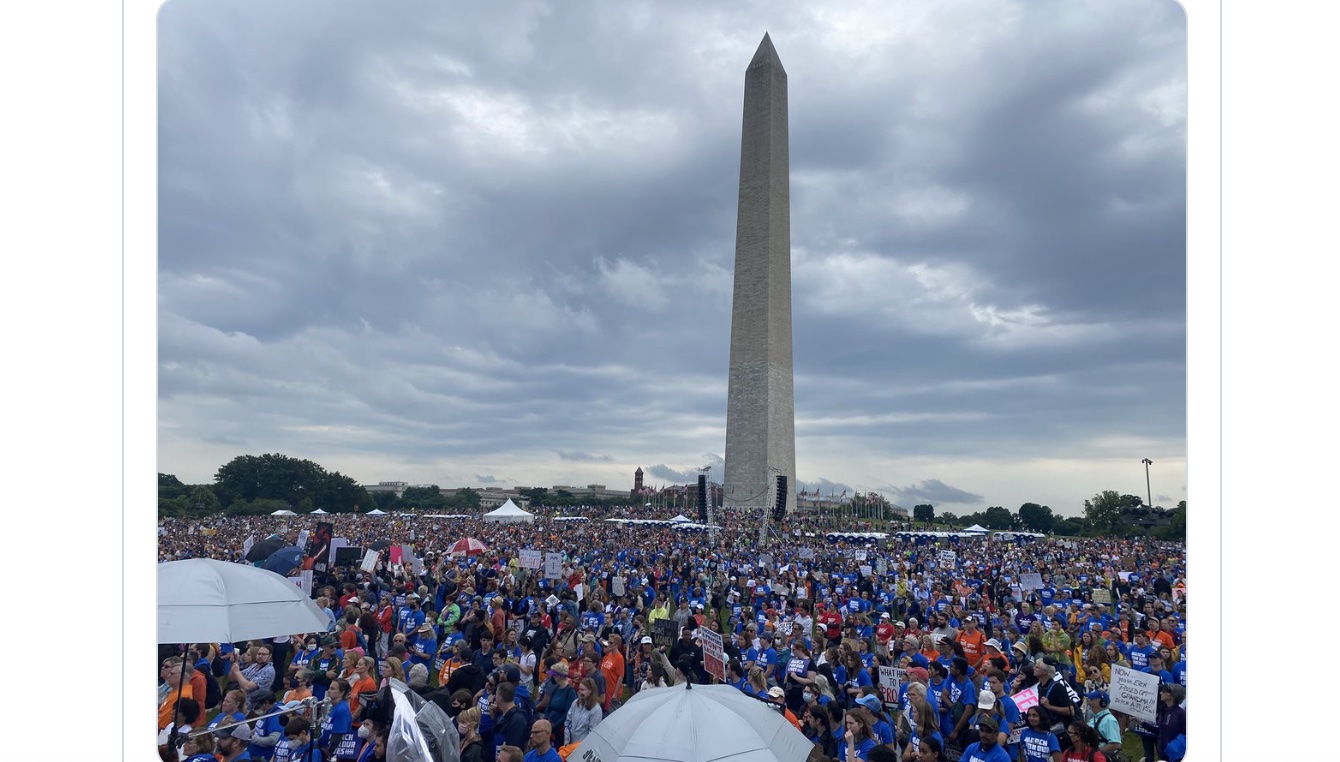 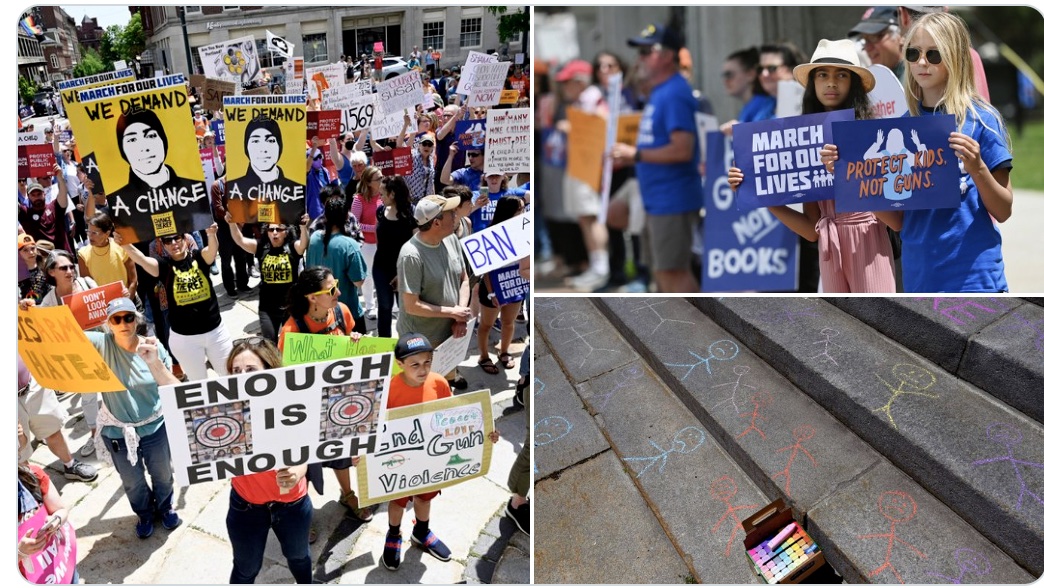 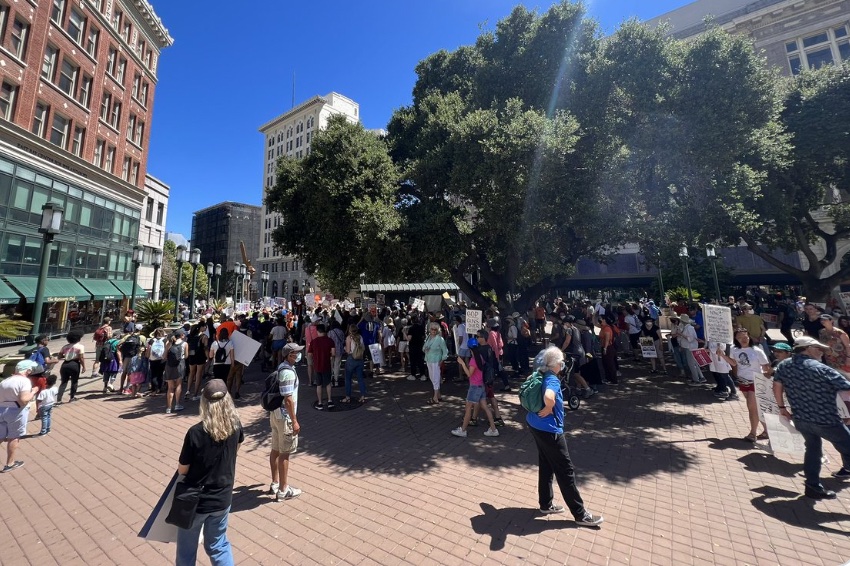 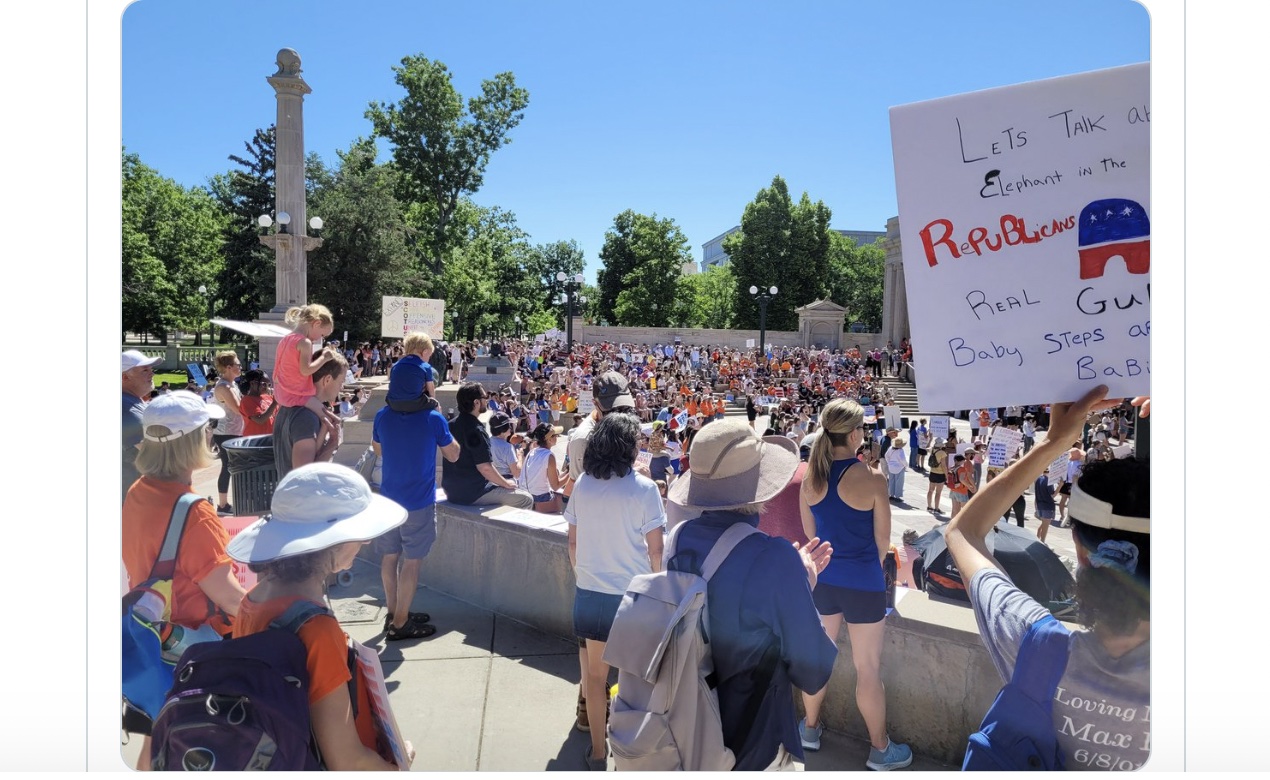 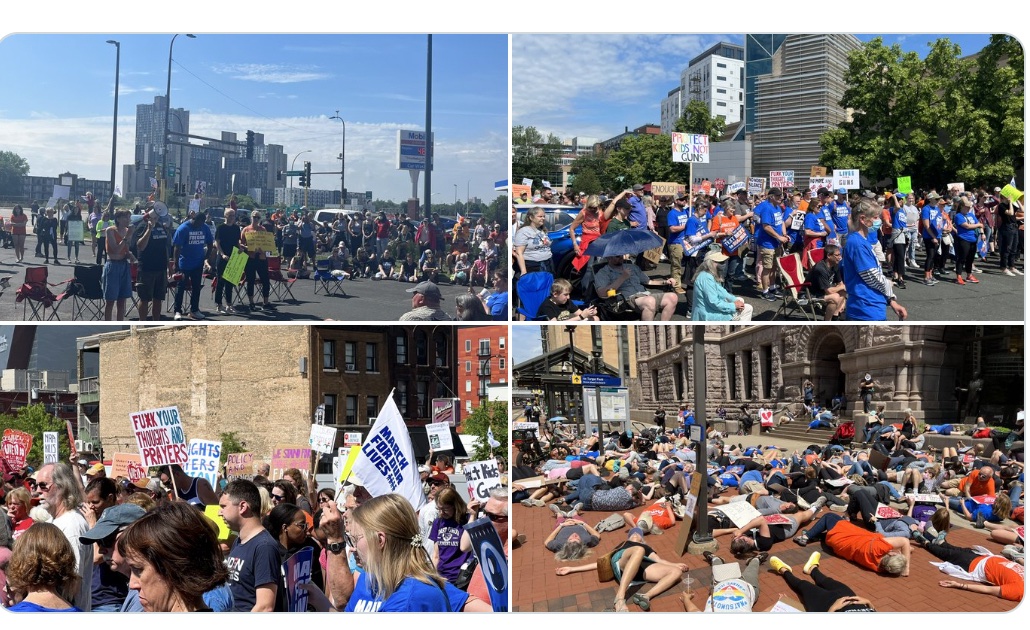