A coalition of progressive leaders from across the globe demanded Monday (April 11) that the Biden administration immediately drop all charges against WikiLeaks founder Julian Assange, who is currently jailed in a high-security London prison as he fights U.S. extradition attempts. 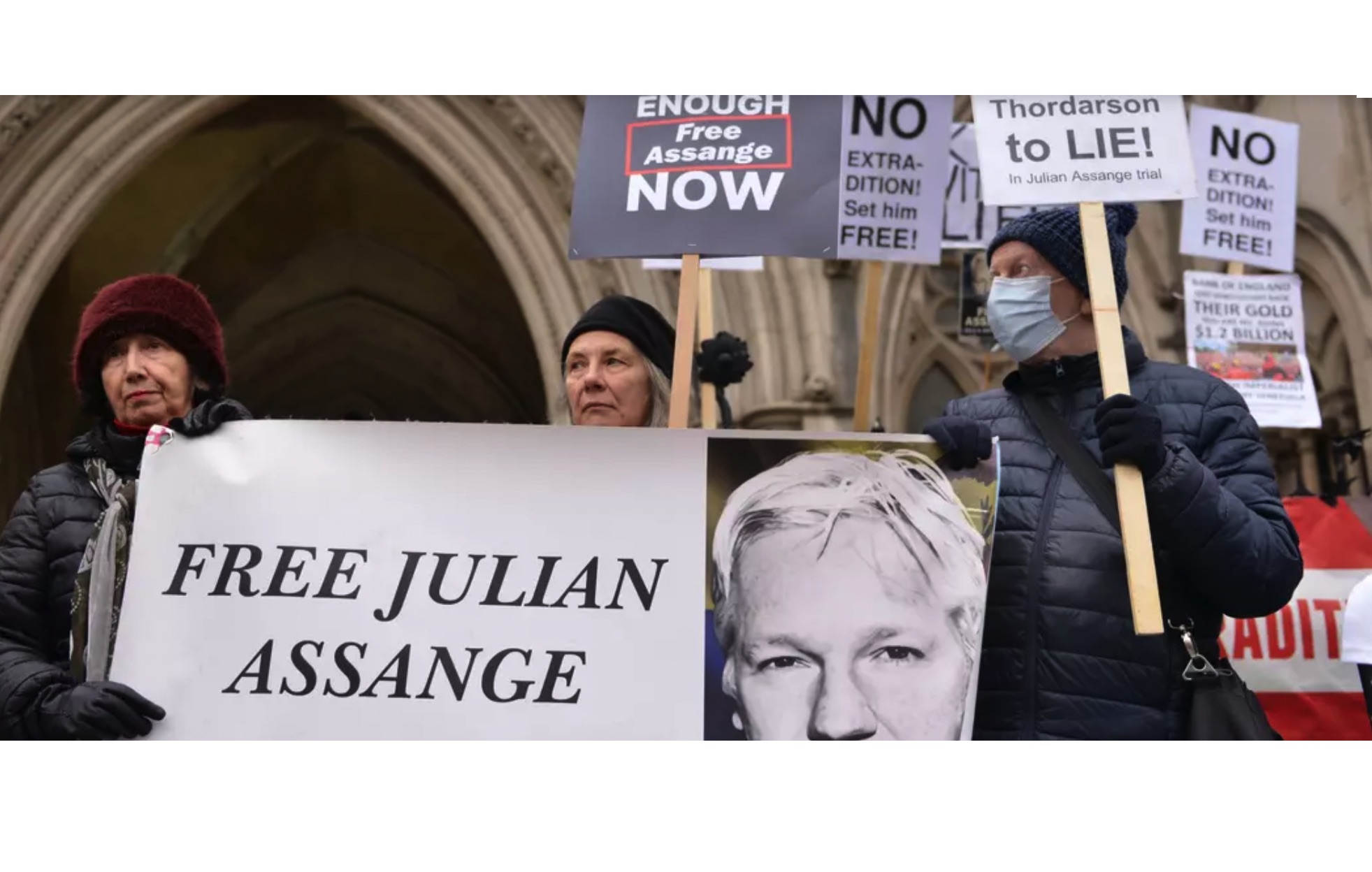 Demonstrators rally in support of freeing WikiLeaks founder Julian Assange outside of the Royal Courts of Justice in London on January 24, 2022. (Photo: Thomas Krych/SOPA Images/LightRocket via Getty Images)

“Freedom of expression, freedom of thought, and freedom of the press constitute an instrument that can controvert the interests of any government.”

In a letter to Biden and House Speaker Nancy Pelosi (D-Calif.), more than 30 progressive advocates, intellectuals, and former heads of state argued that dropping the Espionage Act charges against Assange would “send a strong message to the world: that freedom of expression, freedom of thought, and freedom of the press constitute an instrument that can controvert the interests of any government, including that of the United States of America.”

Click here for the Spanish original of this article.

“The cases where there are reports of serious violations of freedom of expression would also be impacted by the dropping of the 18 charges against Assange,” the letter reads. “It would affirm the defense of this fundamental human right and would undoubtedly represent a clear and robust sign that everyone can express their opinion without fear of retaliation; that all the press outlets can give news to all the citizens of the world, with the certainty that the pluralism of thought is guaranteed.”

Signed by former Greek Finance Minister Yanis Varoufakis, former Brazilian President Dilma Rousseff, Chilean intellectual Carlos Ominami, and 30 others, the letter was sent on the third anniversary of Assange’s forced removal from the Ecuadorian embassy in London in 2019.

Assange has since been languishing in Belmarsh prison under conditions that human rights experts have characterized as “torture.” Last month, the U.K. Supreme Court denied Assange’s request to appeal an earlier decision allowing him to be extradited to the U.S., where he could face up to 175 years in prison.

The charges against Assange stem from his publication of classified material that exposed U.S. war crimes, including video footage of American forces gunning down civilians in Iraq.

Given that journalists frequently report on and publish classified documents, U.S. efforts to prosecute Assange have been denounced as a grave threat to press freedoms.

But despite pressure from rights groups, the Biden Justice Department has continued to pursue charges against Assange that were originally brought by the Trump administration, which reportedly considered kidnapping or assassinating the WikiLeaks founder.

In their letter on Monday, the progressive leaders wrote that the U.S. “has a long tradition of defending freedom of expression, freedom of thought, and freedom of the press.”

“It is precisely in the name of this tradition,” they wrote, “that we, progressive leaders of the world, address you to ask that, within the scope of its constitutional and legal competence, in respect of due process of law and the democratic rule of law, that your presidency exercise its prerogative of dropping all 18 charges leveled against journalist Julian Paul Assange.”