An appeal received by email at CPNN from AFCDRP, the French Association of Communities, Departments and Regions for Peace

One year after the entry into force of the Treaty on the Prohibition of Nuclear Weapons (TPNW), the AFCDRP-Maires pour la Paix calls on its member communities to mobilize to make France participate in the first meeting of States Parties to the UN from 22 to 24 March 2022 in Vienna, Austria. 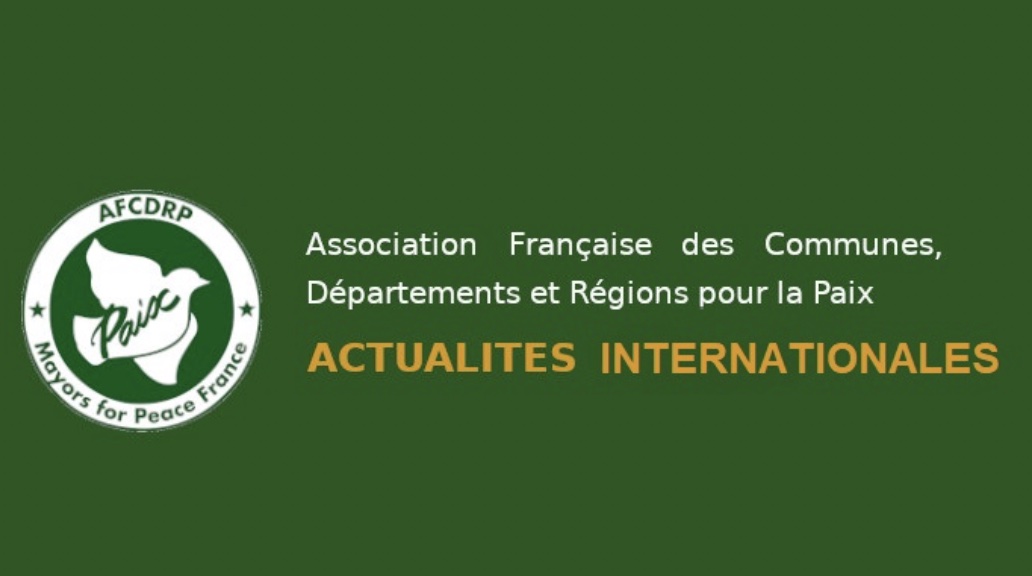 In a fragile socio-economic context aggravated by the Covid 19 pandemic and the climate emergency, new military spending only contributes to the impoverishment of society and the poverty of citizens.

Not only poverty, but also the threat of nuclear weapons, is a source of tension and insecurity in our territories and beyond our borders.

We say no to this insecurity!

We, elected representatives of cities and local authorities, have a duty to invest in favor of peace and disarmament.

We express by this appeal that cooperation and brotherhood should prevail among peoples.

About sixty countries have already ratified the TPNW, including Austria and Ireland within the European Union. In addition, five countries will attend the meeting as observers (Germany, Finland, Norway, Switzerland and Sweden). France must open up to the debate on nuclear weapons and take full part in the movement.

We call on French communities to mobilize locally for this first anniversary of the ratification of the TPNW to ensure that France takes part and truly advances on the path of nuclear disarmament.