An email received at CPNN from the United National AntiWar Coalition

Today (February 6) was an amazing day. In little more than 1 week, the entire antiwar movement came together, signed a joint statement against a war with Russia and organized protests in dozens of cities around the country. We also held an online rally where antiwar leaders from many groups spoke. The consensus is that we must remain unified and continue to organize our movement into the future. 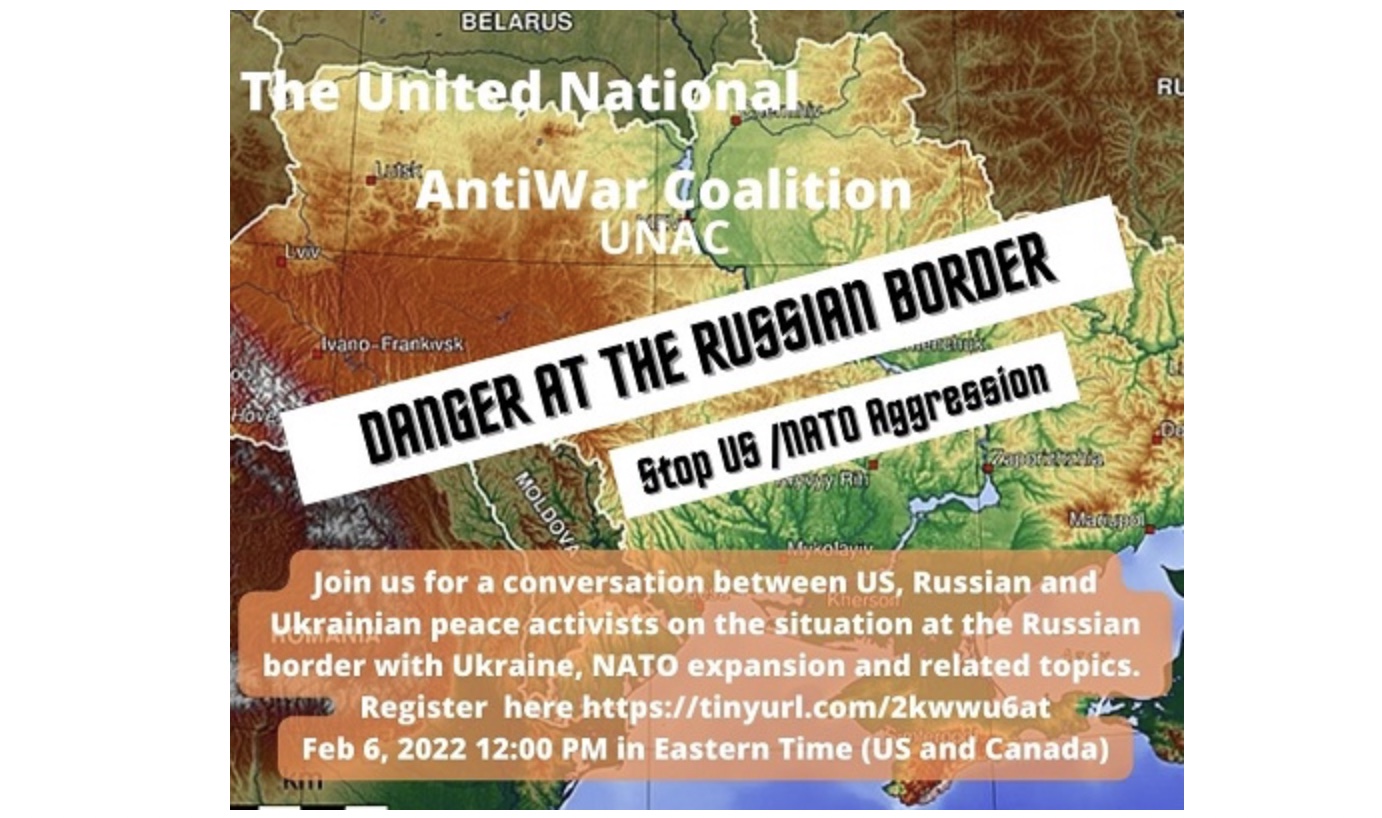 Tomorrow, you will have the opportunity to join our webinar where peace activists from the US, Russia and Ukraine will speak. Hundreds have already registered. You can do so below and help make this a powerful event.

Corporate media in the US has been warning about a possible invasion of Ukraine by Russia. This, Russia denies. But this propaganda has been used by the Biden Administration to whip up sentiment for war. Billions of dollars of US arms have been sent to Ukraine, Ukraine has massed an estimated 145,000 troops on the Russian border with US “advisors” supporting their effort. For years the US and its Western allies have moved NATO into Eastern European and former Soviet States in violation of agreements made with Russia. They have installed missiles at the Russian border and conducted “war games” at the Russian border. Today’s threat is a threat against a major nuclear power that puts the entire world in danger. Join us for this important webinar with voices for peace from Russia, Ukraine and the US.