The global meeting of Educar para la Vida (Educating for Life) is a project that aims to reflect and create a dialogue about education, the ways of life that humanity has adopted and the possibilities of transforming them through a different education. This project arose from the challenge that the pandemic and the environmental crisis have posed for humanity, challenges that have been aggravated by social problems such as inequality, poverty and migration. 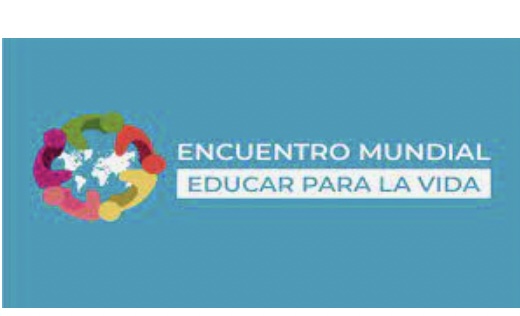 The objective of this project is to stimulate a transformative cultural mobilization of the ways of thinking, of producing, of consuming, of living in harmony with ourselves, with the community, with society and with nature, taking into account the perspective that education is the key to building a collective future based on respect for the common good.

The dialogue that this Meeting proposes is carried out in virtual format and developed around six themes: Educating for criticism, Culture of peace, Global citizenship, Justice, Communication and Educating in life and with life. There are keynote conferences, dialogues between international specialists and an exhibition of the experiences of NGOs, activists, leaders, academics and pedagogues.

One of the six fields of reflection is the culture of peace.

This is understood as a process of recognition of the thousands of forms, experiences of resistance and local, community and ethnic expressions from which it is possible to learn to live peacefully or to defend ourselves peacefully from war. The universe of human rights and democracy is the context for its guarantee. An antimilitarist culture where the language of war has been replaced by one of solidarity, a language of the acceptance of multiple dissensions, from where we work hard to build a just, anti-patriarchal, anti-racist planetary society, in solidarity with ourselves as human beings, with the other species that inhabit the planet and with the world of nature of which we are part.

Culture of peace towards the future : Video of Federico Mayor Zaragoza, Pharmacist, professor, poet, politician and high international civil servant. He was director of UNESCO (1987-1999). Since 2000 he has presided over the Culture of Peace Foundation. He is president of the Scientific Council of the Ramón Areces Foundation since 1993.

What education and for what kind of life?”> : Video of Manuel Dios Diz, Teacher, institute professor, diplomas in geography and history from USC. Founder and ex-president of the Galician Seminary of Education for Peace. Former president of AIPAZ and member of the Culture of Peace Foundation.

Culture of Peace and Neuroscience: Contribution from Mexico : video of Roberto Mercadillo, Psychologist with a Master of Science, specialist in Neurobiology with a PhD in Biomedical Sciences. He is a professor at CONCACyT and his research revolves around Social Neuroscience. He has worked at the Institute for Biomedical Research at UNAM, in addition to being a Professor at the National School of Anthropology and History.

Towards an education in human rights and citizenship from the United Nations models : video of Matías Penhos, Researcher Professor, his Master’s thesis revolves around the United Nations Models to address discriminatory situations in the field of non-formal education and its incidence in schools. He is a member of human rights education networks at the regional and international levels.

Constructing Cultures of Peace: Today’s Challenge video of Alicia Cabezudo, Graduate in History and Social Sciences, Master in Spanish Studies and in Education for Human Rights, Peace and International Cooperation. She completed a Doctorate in Education and Social Sciences. She is currently a professor at the International Peace Bureau – IPB and the Global Alliance for Ministries and Infrastructures for Peace- GAMIP.

The challenges of education for peace and sustainability of life : video of Jaume Martínez Bonafé, Doctor in Philosophy and Educational Sciences, founder of the Pedagogical Renewal Movements and the University of the Paulo Freire Institute of Spain.

Psychosocial support strategy with the use of ICTs, through the Meraki school magazine : video of Janeth Triana Triana, Colegio de Cultura Popular, Colombia.