Thousands took to the streets in France demanding that the government do more to stop violence against women that includes more than a hundred cases of women killed by their partners. The protests are part of a week of global actions marking the International Day for the Elimination of Violence against Women. Demonstrations took place in about 60 towns and cities in France as well as some of overseas terrorities and departments. Image from Nous Toutes

Here are photos and posters from some of the demonstrations. A scene from Paris where organizers said that 50,000 marched. Photo by Dea Drndarska 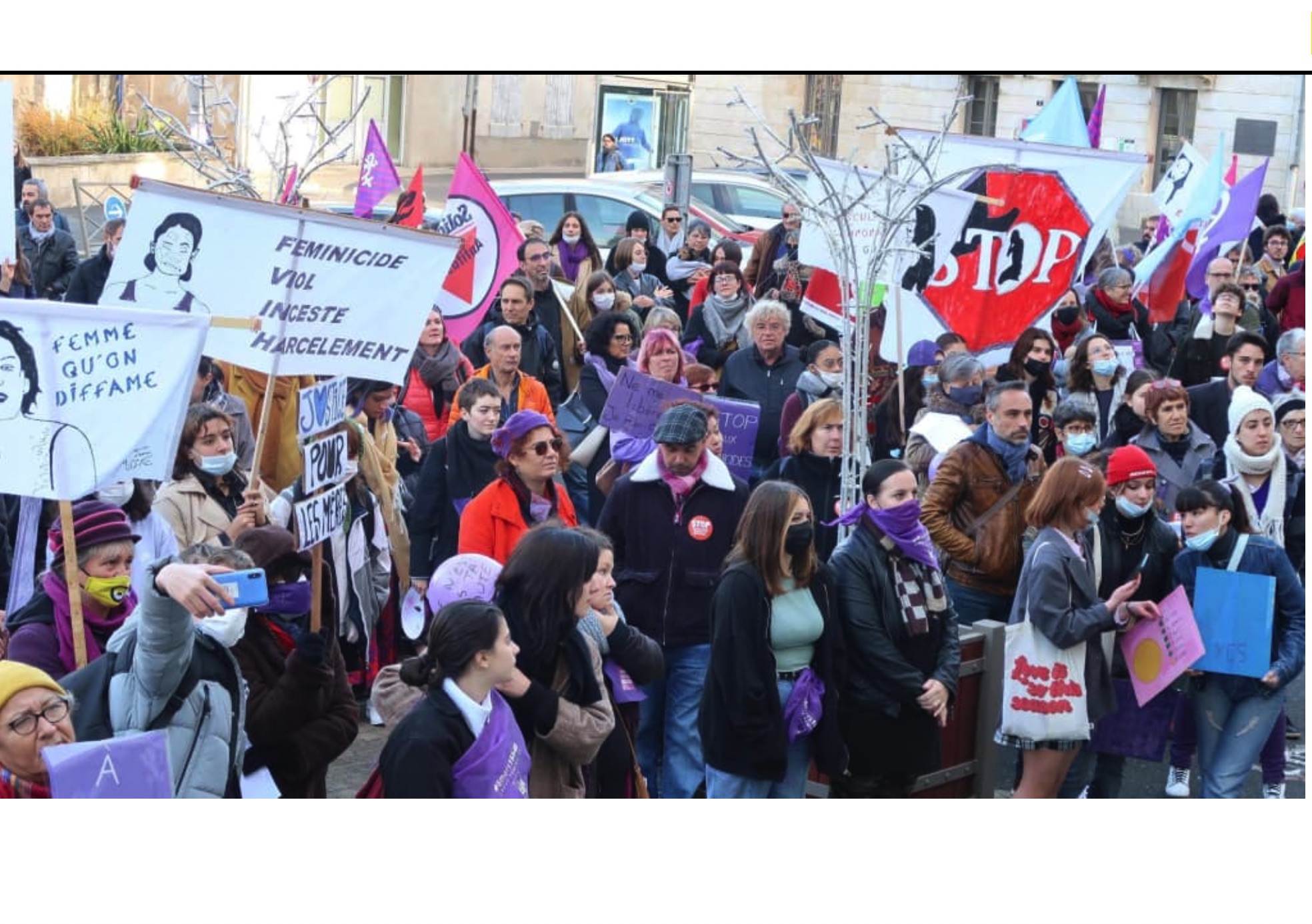 At Chartres the demonstration was organized by the Collective Nous Toutes 28. Photo by agence de Chartres, published by l’Echo Republicain 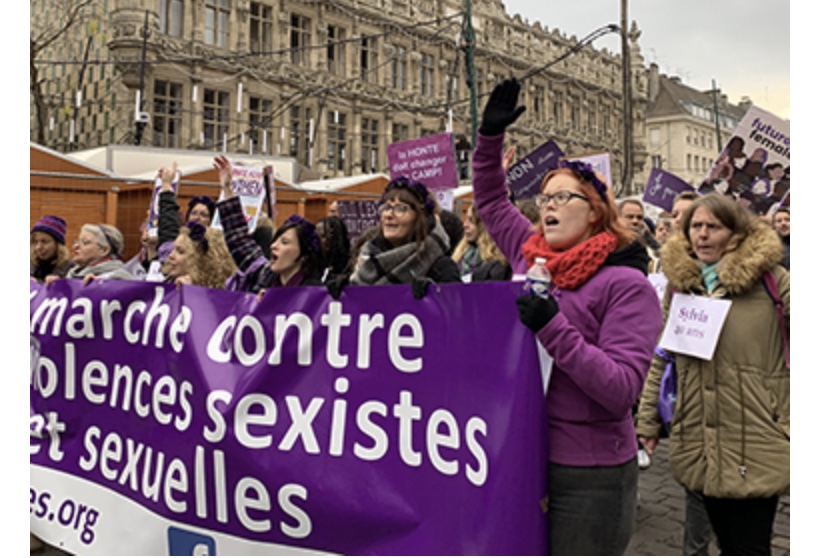 In Reims the demonstration was organized by the feminist collective Nous Toutes de la Marne. Photo from France Bleu 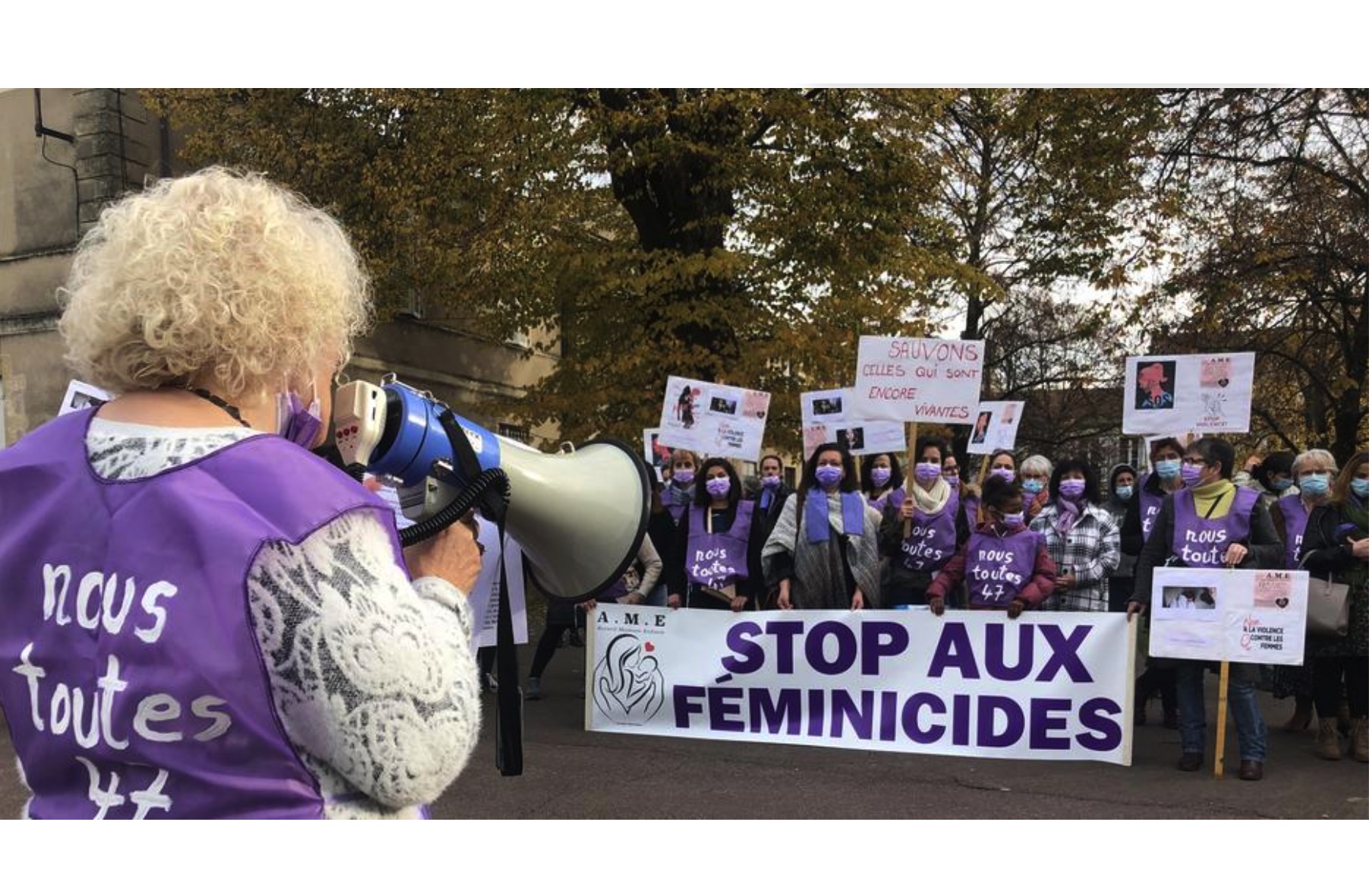 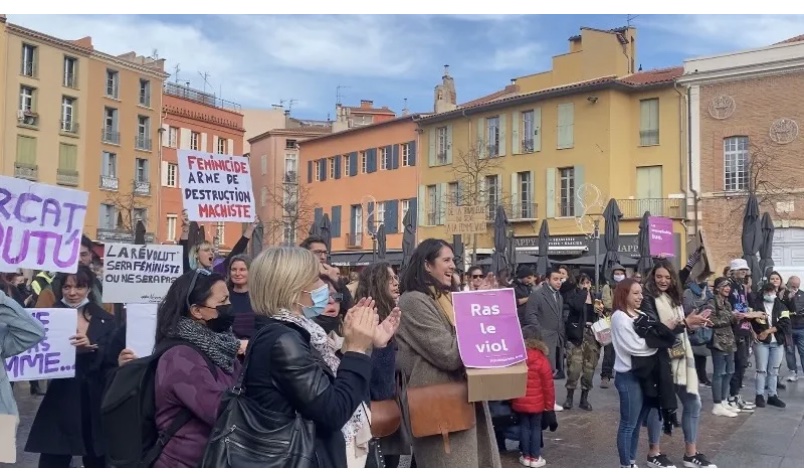 Over 200 marched in Perpignan. Photo by Claire Guédon, published by France Bleu In Metz some of the 400 demonstrators lay down on the street to symbolize the 101 victims of femicide. Photo by Juliette Mylie, copyright Radio France, published by France Bleu
` 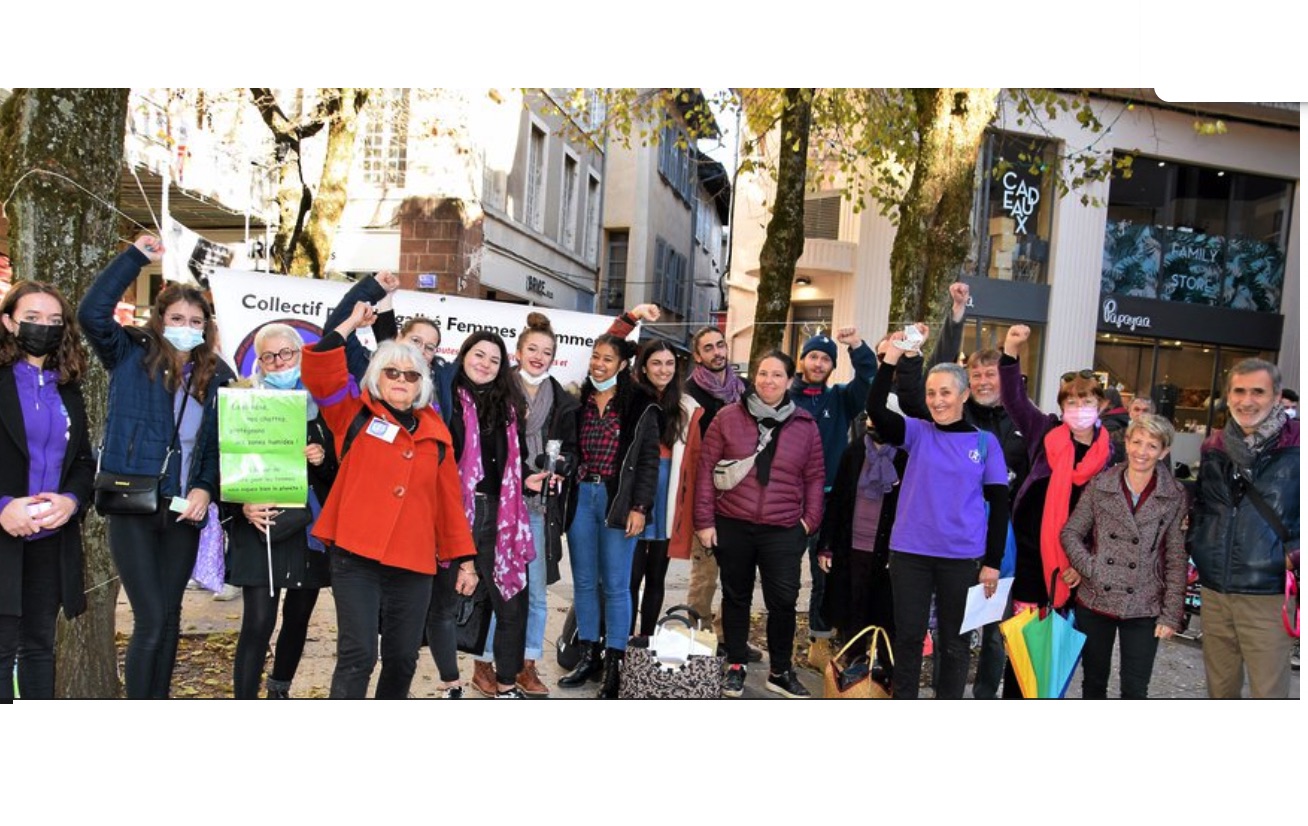 Nous Toutes Upec mobilized over 40 persons at the University of Créteil. Photo by Delphine Dauvergne published by actu-val de marne. Scene from the demonstration in Bourg-en-Bresse. Photo by Cecile Chambon and Le Progres Poster for the march in Coulaines, a “marche nordique” to stop conjugal violence. Published by Ouest France Florie, co-founder of the feminist association La Mèche shows the poster for the demonstration in Agen. Photo from La Depeche In Moselle-Nord, the mayors of the towns of Yutz, Maom and Rochonvillers co-organized the demonstration to take place 25 November in Yutz. Photo by DR published by La Semaine On the island of Réunion, a march will take place on November 27. Photo from Clicanoo 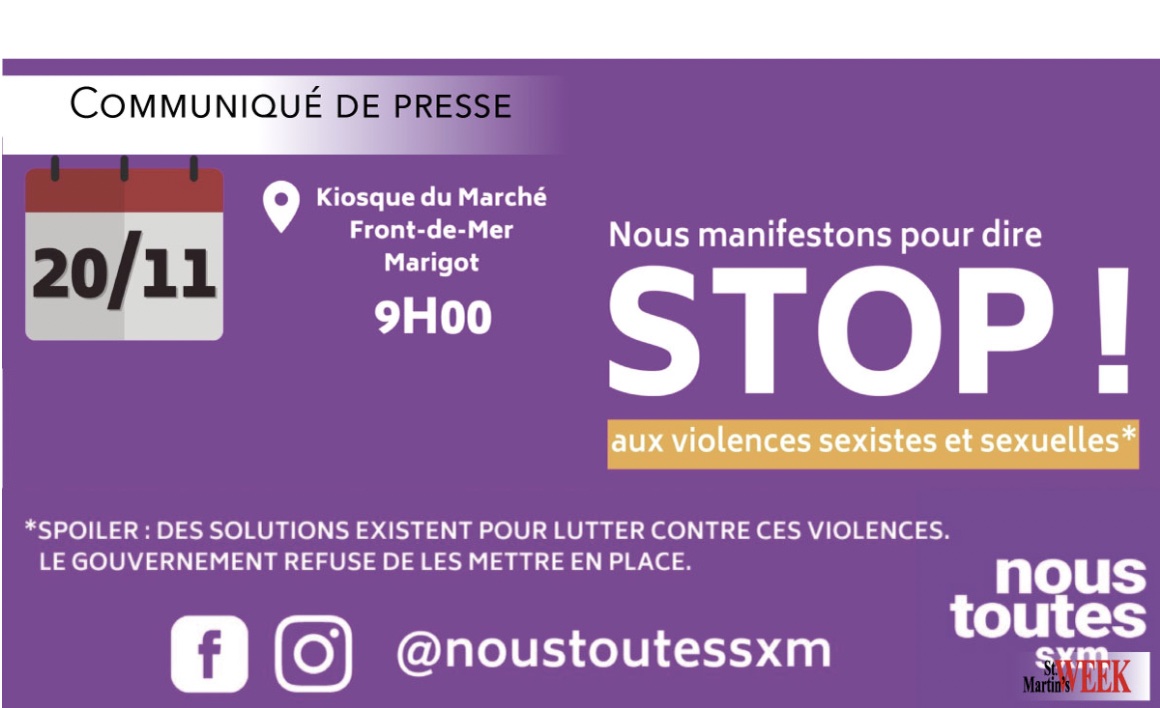