Outraged at his colleagues for incessantly fighting against social welfare programs while promoting corporate welfare, Sen. Bernie Sanders declared his opposition against the 2022 National Defense Authorization Act, which would cost at least $778 billion. 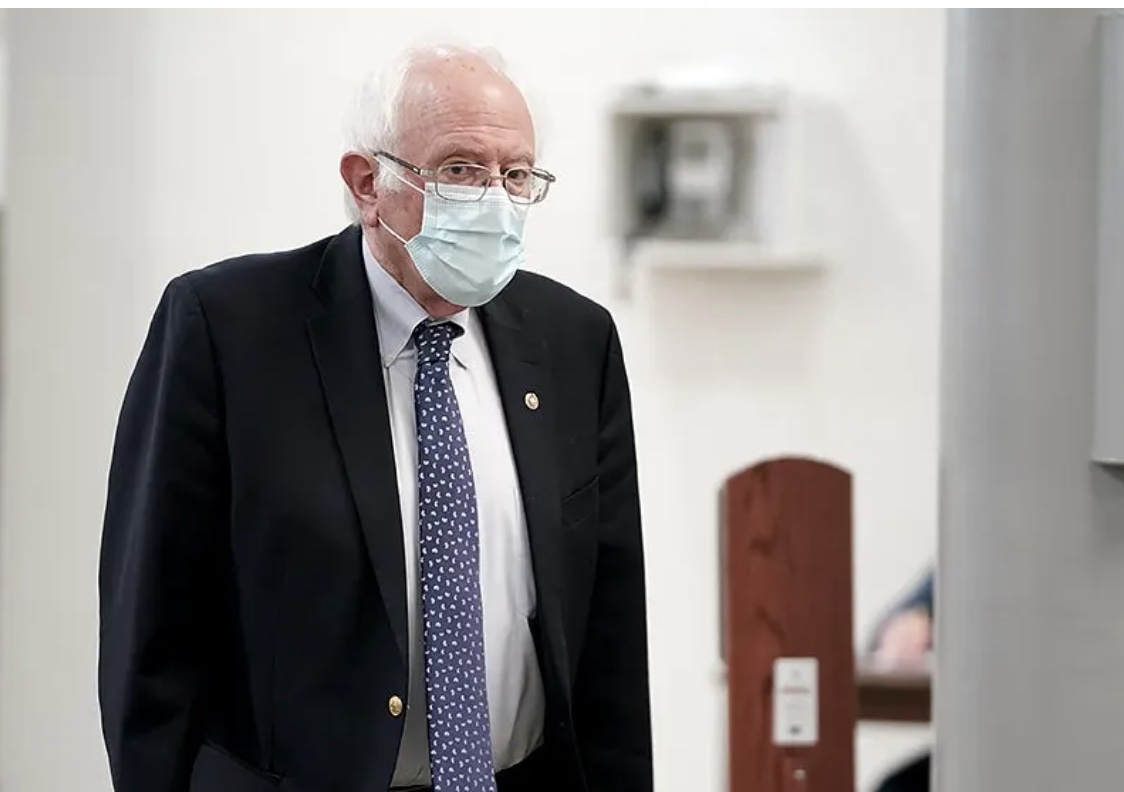 “Many of my colleagues tell the American people, day after day, how deeply concerned they are about the deficit and the national debt,” Sen. Sanders said Tuesday in a press release. “They tell us that we just don’t have enough money to expand Medicare, guarantee paid family and medical leave, and address the climate crisis to the degree that we should if we want to protect the well-being of future generations. Yet, tomorrow, the U.S. Senate will be voting on an annual defense budget that costs $778 billion – $37 billion more than President Trump’s last defense budget and $25 billion more than what President Biden requested. All this for an agency, the Department of Defense, that continues to have massive fraud and cost overruns year after year and is the only major government agency not to successfully complete an independent audit. Isn’t it strange how even as we end the longest war in our nation’s history concerns about the deficit and national debt seem to melt away under the influence of the powerful Military Industrial Complex?”

In 2018, the Defense Department reported to Congress that from fiscal years 2013 to 2017, over $6.6 billion  had been recovered from defense contracting fraud cases. In 2020, the DOD Office of Inspector General reported that 395 of its 1,716 ongoing investigations—or approximately one-in-five—are related to procurement fraud.

Due to the fact that the Government Accountability Office (GAO) released a report earlier this year determining that the DOD has wasted billions of dollars in less than a decade due to corruption and fraud, Sanders has called for defunding the U.S. military, which consecutively has the largest budget in the world without any reasonable justification. In addition to losing the war in Afghanistan, the U.S. military remains a perpetual drain on the economy despite repeated incompetence and corruption.

Sanders added, “Further, it is likely that the Senate leadership will attach to the National Defense Authorization Act the so-called ‘competitiveness bill,’ which includes $52 billion in corporate welfare, with no strings attached, for a handful of extremely profitable microchip companies. This bill also contains a $10 billion handout to Jeff Bezos for space exploration.

“Combining these two pieces of legislation would push the price tag of the defense bill to over $1 trillion – with very little scrutiny. Meanwhile, the Senate has spent month after month discussing the Build Back Better Act and whether we can afford to protect the children, the elderly, the sick, the poor and the future of our planet. As a nation, we need to get our priorities right. I will vote ‘NO’ on the National Defense Authorization Act.”

As his fellow legislators drag their feet in opposition to repairing failing infrastructure and improving healthcare for all, Sanders remains well aware that the NDAA passes every year with an overwhelming majority due to all the political contributions from defense contractors and lobbyists. By reducing the exorbitant defense budget, more money would be available to improve the quality of life for most Americans.

But as President Eisenhower warned in his farewell address, “In the councils of government, we must guard against the acquisition of unwarranted influence, whether sought or unsought, by the military-industrial complex. The potential for the disastrous rise of misplaced power exists and will persist.”

On Tuesday, Sanders took to twitter and wrote, “No. Congress should not provide a $10 billion handout to Jeff Bezos for space exploration as part of the defense spending bill. Unbelievable.”