Indian Prime Minister Narendra Modi said on Friday that he had decided to repeal three agriculture laws that farmers have been protesting against for more than a year. read more.
(See also CPNN January 26, 2021) 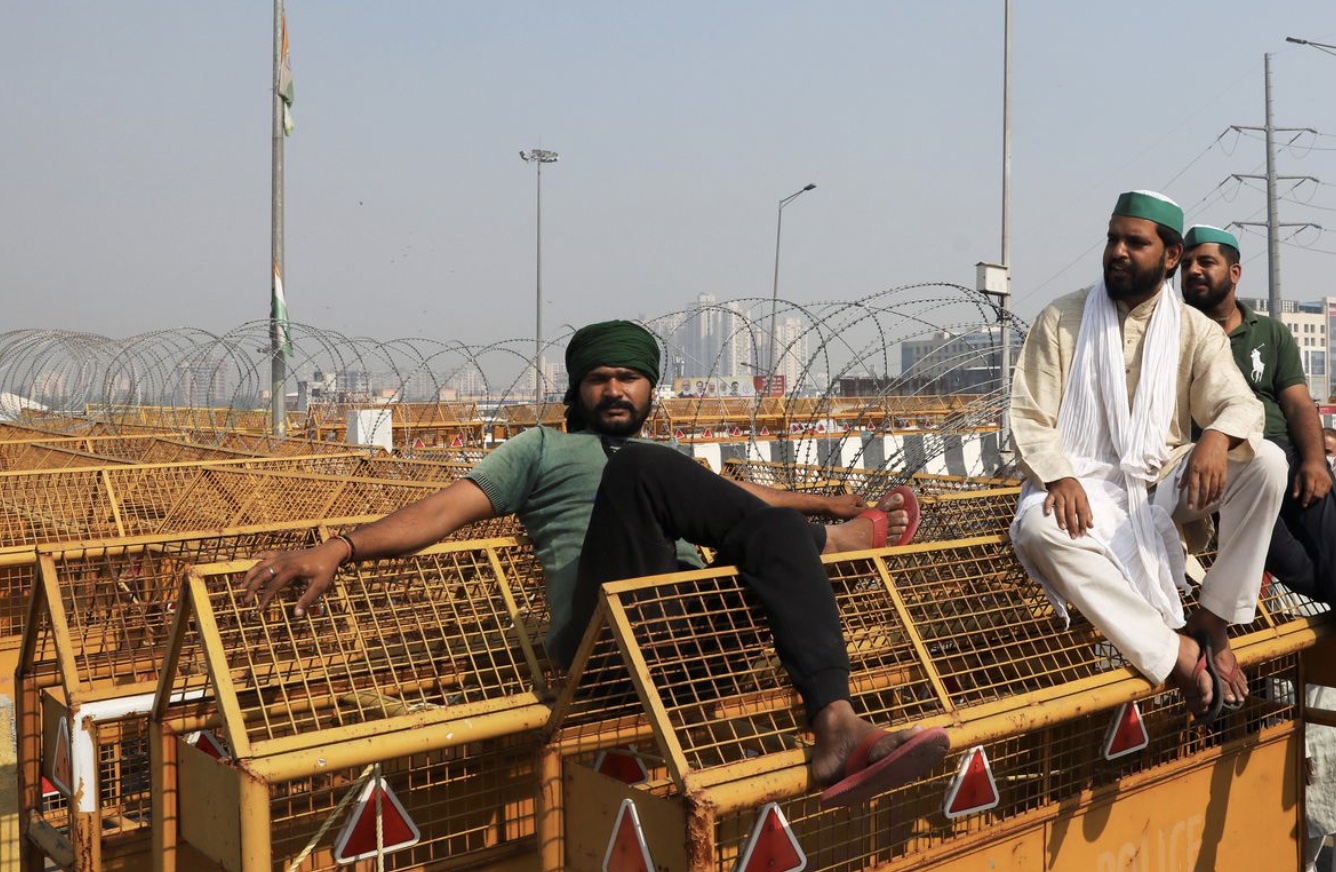 A farmer sits on barricades at the site of the farmers protest against farm laws, at Ghazipur near Delhi-Uttar Pradesh border, in New Delhi, India, October 29, 2021. REUTERS/Anushree Fadnavis

The protesting farmers said the laws, that allow growers to sell produce beyond government-regulated wholesale markets, where they are assured a minimum price, would benefit big private buyers at their expense.

The government said the legislation was needed to reform an agricultural sector beset by wastage.

Modi, in an address to the nation, said the laws would be repealed in the new session of parliament, starting this month.

Following are some reactions:

ARVIND KEJRIWAL, CHIEF MINISTER OF DELHI
“Generations to come will remember how the farmers of this country put their lives on the line and saved farming in this country. I bow before them.”

RAHUL GANDHI, LEADER OF OPPOSITION PARTY CONGRESS
“Congratulations on this victory against injustice!”

ARVIND SINGH DHANKAR, SECRETARY OF FARMER UNION KHEDUT SABHA
“With our consistent protests despite pandemic we have proven that we were doing the right thing by questioning the government’s flawed farm laws, we showed the world all the problems it will create for millions of Indian farmers. Finally, government has acknowledged our legitimate woes.”

DARSHAN PAL, SENIOR LEADER OF FARMER UNION COALITION SAMYUKTA KISAN MORCHA
“We welcome the announcement made by the prime minister, but we need to know the government’s stand on our other key demand of making minimum support prices compulsory for call crops.”

MAMATA BANERJEE, LEADER OF OPPOSITION ALL INDIA TRINAMOOL CONGRESS
“My heartfelt congratulations to every single farmer who fought relentlessly … This is YOUR VICTORY! My deepest condolences to everyone who lost their loved ones in this fight.”

RAKESH TIKAIT, LEADER AND SPOKESMAN OF BHARTIYA KISAN UNION
“The agitation will not be withdrawn immediately, we will wait for the day when agricultural laws will be repealed in Parliament. Along with MSP, the government should also discuss other issues of farmers.”

RAMAN SINGH RANDHAWA, HEAD OF JAI KISAN ANDOLAN IN RAJASTHAN STATE
“It is a win of farmers and this should have been repealed on the day one. These laws are not against the farmers but against the Indian structure. Had the government listened to us on day one many farmers lives could have been saved. You also see the elections are here so the government had to repeal the laws.”

RAMESH PATEL, REGIONAL PRESIDENT OF GUJARAT KHEDUT SAMAJ
“This is a big victory for farmers. Implementation of the three farm laws would have been detrimental to the interests of farmers, traders, and consumers. The government has done the right thing by announcing withdrawal of the laws.”

MAHUA MOITRA, A LAWMAKER FROM OPPOSITION ALL INDIA TRINAMOOL CONGRESS
“Whether it was fear of losing (Uttar Pradesh) or finally facing up to conscience @BJP govt rolls back farm laws. Just the beginning of many more victories for people’s voices.”