A statement from the United National Antiwar Coalition

On August 6, we will once again recognize one of the most horrendous events ever to take place in human history. On August 6, 1945, the United States dropped an atomic bomb on the largely residential city of Hiroshima. Three days later they dropped a second nuclear bomb on the city of Nagasaki. As many as 250,000 people, men, women and children were annihilated and many more died subsequently from the wounds, radiation poisoning and radiation-induced cancers. The United States is the only country to ever drop a nuclear bomb on people.

The stated reason for this barbaric act was to hasten the end of World War II. But many historians believe that Japan was ready to surrender before the dropping of the bomb especially once the Soviet Union entered the war against Japan and moved its forces into Manchuria. Germany had already surrendered, and Japan stood alone. At the time, some argued that the bomb should be dropped in Tokyo Bay in the water where it would have done far less damage and Japan’s leaders could see its destructive potential, but the decision was made to drop it on Hiroshima and then Nagasaki. Once was not enough, they had to do it twice. 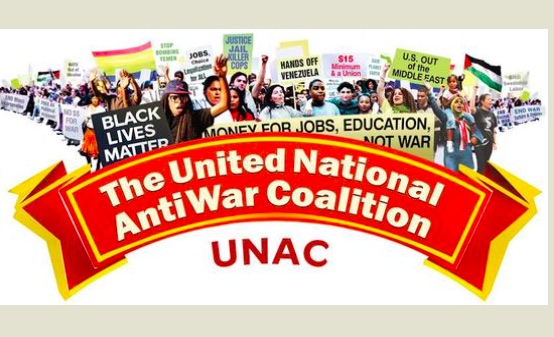 Many people now believe that the bombing of Hiroshima and Nagasaki was not to end WWII, which was in its final days but to start the Cold War and show the Soviet Union and the world what the US could do if any country dared to oppose it.

One also wonders if dropping the bomb on non-white people played a role. Were Japanese lives valued less by the white supremacist US government, which maintained a segregated military during World War II? After all, people of Japanese descent, including US citizens were put in internment (concentration) camps in the US while people of German descent were not.

There was also serious consideration by the US of using nuclear weapons in the Korean war. The US actually sent the B29 bombers used to drop the bombs on Japan to a military installation in Okinawa along with the nuclear bombs and the fissile cores needed to make them work. This was in preparation for their possible use in the war. President Truman told a press conference in November 1950 that he would take whatever steps were necessary to win in Korea, including the use of nuclear weapons. General Douglas MacArthur, who was the “supreme commander” of the US led forces in Korea disagreed with Truman on the use of nuclear weapons in the war. So, Truman fired MacArthur and replaced him with General Matthew Ridgway, who was given “qualified authority” to use the bombs if he felt they were necessary.

The problem the US administration faced with in the use of the atomic bomb in Korea were two-fold. The first was that the US public and certainly the people of the world were horrified after seeing the effects of the bombing of Hiroshima and Nagasaki. Much of this horror was accredited to the book Hiroshima by John Hershey which was published in its entirety in the New Yorker magazine in 1949. The book described the destruction and told the story of 6 survivors of the bombing. It led to a groundswell of opposition to nuclear weapons. The second problem for the US administration was that in 1949 the Soviet Union conducted their first tests of an atomic bomb, and the assessment was that they soon would have a workable weapon. Although nuclear weapons were not used in Korea, the military did several test-runs with their B29 bombers carrying conventional bombs.

Unlike WWII, the United States has consistently refused to end the Korean war. To the US government, it is still going on and they still intend to win. The US maintains a large troop presence in Korea at the border with the North and has conducted annual “war games,” which many consider practice invasions of the Democratic People Republic of Korea (DPRK), AKA, North Korea. These “war games,” typically include scenarios in which the US uses nuclear weapons against the DPRK. In recent years the US has provocatively sent nuclear capable bombers within 75 miles of the border with the DPRK. Yet in the upside-down logic of US Imperialism and its corporate media it is not the war games, the US troops on the border, or the nuclear capable flights that are provocative but the clearly defensive nuclear program of the DPRK.

The bombing of Hiroshima and Nagasaki opened the nuclear arms race that has led to today’s reality where it is possible to kill off the entire population of the world several times over. This is supposed to make us safer.

But the nuclear arms race was always one-sided, with the US making the new and more advanced systems, and then the Soviet Union and later China taking steps to do the same to gain parity. After the development of the atomic bomb, the US made the more powerful hydrogen bomb, then the Soviets did the same. The US then made missile delivery system and multiple warhead missiles, nuclear submarines, etc. and then others scrambled to gain parity. And now the US has announced it will develop a space force, so other countries feel the need to find a way to counter or do the same. Without the investment of money and effort that was put into these weapons of mass destruction, the world may have been able to address global warming, hunger, poverty, etc. That would have made us safer.

In recent years the U.S. has unilaterally withdrawn from the Intermediate-Range Nuclear Forces (INF) Treaty, has initiated a $1.5 Trillion program to modernize the US nuclear arsenal and started the creation of the new military space force.

For these reasons, the United National Antiwar Coalition sees the main danger of nuclear war coming from the United States and believes that we in the US have a special obligation to the world to oppose that danger.

Ban nuclear weapons starting with the US!
Remember Hiroshima and Nagasaki