A declaration by TAUE Tomihisa Mayor of Nagasaki

This year saw the passing of a Catholic monk. OZAKI Toumei spent his whole life following in the footsteps of Father Maximilian Kolbe, the man who was called the “Saint of Auschwitz.” Brother Ozaki spoke out about his experiences in the atomic bombing up until just before his life came to a close at the age of ninety-three. In his diary he left behind these words:

The countries of the world, all of them, must completely abolish nuclear weapons or there will be no peace on earth. Nuclear weapons are not conventional bombs. Only those who experienced the atomic bombings can understand the terror inherent in radiation. Parents, children, loved ones and many others were killed by these bombs. In order to see that they are not used again I keep saying, “This is wrong! This is wrong!” I keep screaming for the abolition of nuclear weapons. 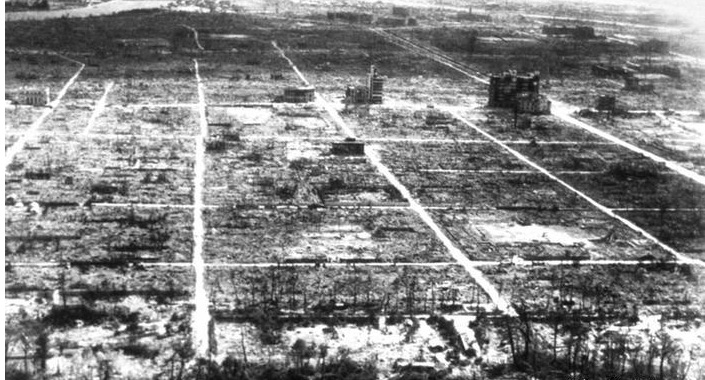 Those of us who survived the hell of the atomic bombings want to make sure that we have peace without nuclear weapons before we die.

The “peace without nuclear weapons” that Brother Ozaki continued to call for has not as yet been realized. However, the wish he had has borne fruit in the form of a certain treaty.

This year marks the 76th year since humankind experienced the tragedy of the atomic bombings and we are now standing on a new horizon with regard to nuclear weapons. When the Treaty on the Prohibition of Nuclear Weapons came into force this January, it was the first time in human history that there had been an international law clearly stating that nuclear weapons are unequivocally illegal.

The process to make this newly-established treaty grow into a universal rule for the world and realize a world free of nuclear weapons will now begin. The point of departure will be the first meeting of state parties to the treaty, which will be held next year.

Conversely, however, the danger of nuclear weapons continues to grow. While the nuclear-armed nations have a responsibility to uphold the Nuclear Non-Proliferation Treaty (NPT) and reduce nuclear weapons, moves such as the public announcement by the UK about increasing the number of nuclear warheads in that country show that dependence on such weapons is actually increasing. Furthermore, the competition to replace existing nuclear weapons with more sophisticated weapons and develop new types of nuclear weapons increases.

In order to follow a single path toward a world free of nuclear weapons amidst these two conflicting movements, world leaders must commit to nuclear arms reductions and build trust through dialogue, and civil society must push them in this direction.

I hereby appeal to the Government of Japan and members of the National Diet:

As the country that is most aware of the tragic consequences of nuclear weapons, please join as an observer to the first meeting of state parties to the Treaty on the Prohibition of Nuclear Weapons in order to look into ways to develop this treaty. With regard to the stipulation in the treaty to provide assistance to victims of the use or testing of nuclear weapons, surely this is an area where Japan and its government can contribute more than any other country. In addition, please sign the Treaty on the Prohibition of Nuclear Weapons and see to its ratification at the earliest possible date.

While adhering to the war-renouncing principle of peace in the Japanese Constitution, please look into building a nuclear-weapon-free zone in Northeast Asia that would create a “non-nuclear umbrella” instead of a “nuclear umbrella” and be a step in the direction of a world free of nuclear weapons.

I hereby appeal to the leaders of nuclear-armed nations and countries under their nuclear umbrellas:

You must face the reality that thinking of nuclear weapons as necessary to defend your countries under “nuclear deterrence” actually makes the world a more dangerous place. I ask you to see that substantial progress towards nuclear disarmament is made at the next NPT Review Conference, starting with greater steps by the U.S. and Russia to reduce nuclear weapons.

To everyone living on this earth:

Due to the coronavirus pandemic, we have experienced on a global scale the loss of everyday aspects of our lives that we previously took for granted. We have learned that in order to overcome this crisis it is necessary for each and every one of us to think of ourselves as concerned parties and act appropriately. Now we all ponder together the question of how we can build an even better future when the pandemic is over instead of just returning to the way things were before.

It is the same with nuclear weapons. Are we members of the human race going to choose a future in which we continue to maintain nuclear weapons that will pollute the earth and doom humanity?

Hasn’t the time come for us to raise our individual voices, as is being done in the movements for decarbonization and sustainable development goals, and speak out against the dangers inherent in nuclear weapons in order to bring about change in the world?

May Nagasaki be the last place to suffer an atomic bombing.

These words are sent from Nagasaki to people all over the world. Hiroshima will eternally be remembered in history as the first place to suffer an atomic bombing, but whether Nagasaki continues to take its place in history as the last place to suffer an atomic bombing depends on the future we build for ourselves. The unchanging resolve of the hibakusha to see that “no one in the world ever goes through that experience again” is expressed in these words, as is the goal clearly stated in the Treaty on the Prohibition of Nuclear Weapons. It is a hope that each and every one of us should continue to hold onto.

Let us share these words with the people of the world and follow a clear path towards a nuclear- free world over the twenty-five-year period that begins this year and brings us to the one- hundredth anniversary of the atomic bombings.

While joining forces with young people of the last generation to directly hear the voices of the hibakusha, Nagasaki will continue to communicate the truth about what happened seventy-six years ago; facts that must never be forgotten.

The average age of the hibakusha is now over eighty-three. I ask that the Government of Japan provide improved support for the hibakusha and relief measures for those who experienced the atomic bombings but have not yet received official recognition as bombing survivors.

Ten years have now passed since the Great East Japan Earthquake and its aftermath. We will not forget what happened in Fukushima. We extend from the bottom of our hearts a call of encouragement to all those in Fukushima who continue to face a variety of hardships.

While extending our deepest condolences to those who lost their lives to the atomic bombs, I hereby declare that Nagasaki will work tirelessly alongside Hiroshima and all people who desire peace to spread a “culture of peace” around the world and bring about the abolishment of nuclear weapons and the realization of eternal peace.