Oil major Royal Dutch Shell must reduce its carbon emissions by 45 percent by the end of 2030, according to a landmark ruling by the Rechtspraak court in The Hague on Wednesday. It’s being celebrated across the globe by climate advocates who filed the suit and millions who support them. 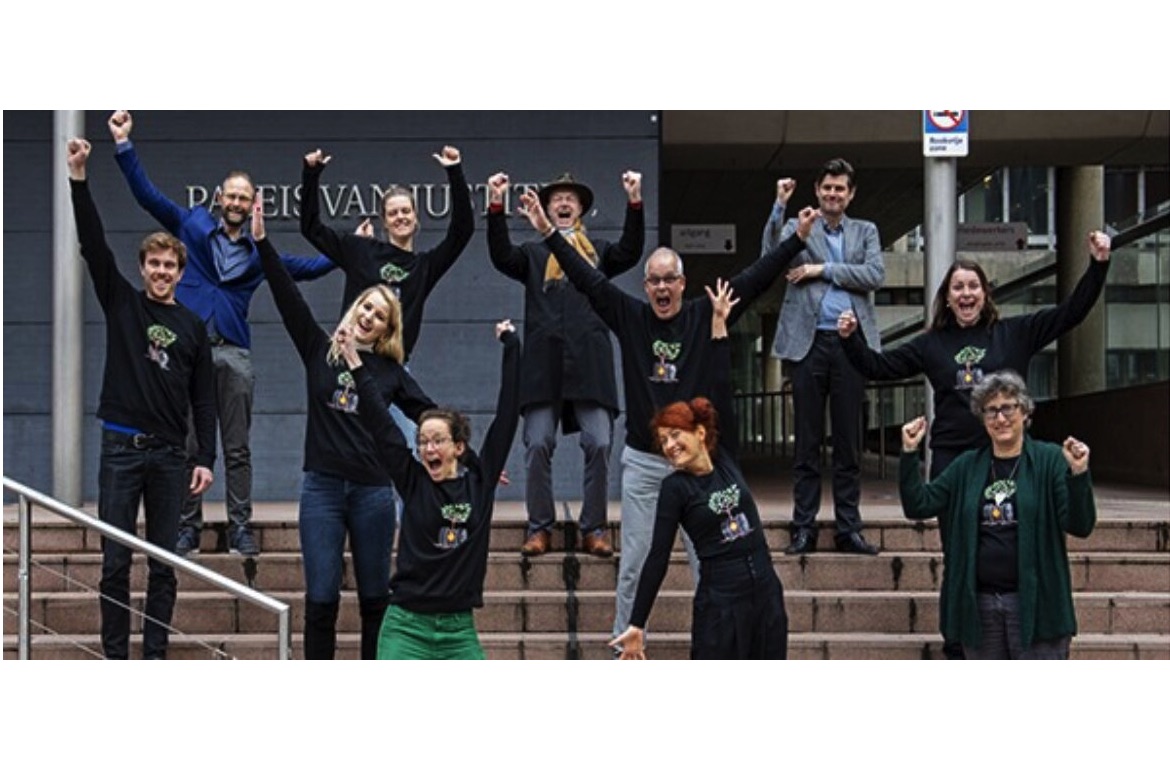 “This is a turning point in history,” said Roger Cox, lawyer for Friends of the Earth Netherlands. “This case is unique because it is the first time a judge has ordered a large polluting company to comply with the Paris Climate Agreement. This ruling may also have major consequences for other big polluters.”

Friends of the Earth, six other organizations and some 17,000 co-plaintiffs filed the suit, following initial requests made in April 2018 that the oil company align its operations and policies with the climate accord. The Paris Climate Agreement calls for no more than 1.5ºC in global temperature rise, in order to limit sea level rise, extreme storms and other harmful consequences to the environment.

But Royal Dutch Shell documents cited in the full court ruling established the company’s Net Carbon Footprint targets – that is, the total emissions from both producing fossil fuel products and the emissions from end users – at just 20 percent reduction by 2035 and 50 percent in 2050. Shell also assured stakeholders that there would be no stranded asset losses across a longer transition timeline, with continued operations on that basis.

The Rechtspraak ruling stopped short of finding that Royal Dutch Shell is already in breach of its climate obligations, as the plaintiffs had argued. But the court concluded that breach was imminent because although Royal Dutch Shell is making progress, the company policies don’t actually reflect the changes necessary to realistically achieve the Paris targets.

“The Shell group is nevertheless heading towards more instead of less CO2 emissions in 2030, because of the growth strategy for the oil and gas activities, which has been set out until at least 2030, with a production increase of 38 percent,” the court said in its ruling.

“The policy, policy intentions and ambitions of Royal Dutch Shell for the Shell group largely amount to little concrete, yet to be elaborated and non-binding intentions for the longer term (2050),” the court continued. “Moreover, those intentions are not unconditional, but – as can be read in the disclaimers and cautionary notes with the Shell documentation – depending on the pace at which global society moves towards the climate goals of the Paris Agreement.

“Targets for emission reduction by 2030 are completely lacking.”

The court-mandated target of 45 percent emissions reduction by 2030 also includes its suppliers and customers within its compliance, and holds Royal Dutch Shell accountable for any human rights violations arising from environmental and supply chain impacts. It also calls on the company to begin compliance immediately.

In response to the decision Royal Dutch Shell spokesman Harry Brekelmans said the company was disappointed by the ruling and expects to appeal. He reiterated the company’s goal of net-zero operations by 2050.

Although environmental lawyers and activists are jubilant over this decision, they’re already looking to the future.

“This is a historic victory for the climate and everyone affected by the climate crisis,” said Andy Palmen, interim director of Greenpeace Netherlands. “Coal, oil and gas must remain in the ground. People all over the world are demanding climate justice. Today the judge has confirmed that we are in our right. Multinationals can be held liable for the climate crisis.”