Here are events and application deadlines in June that were previously listed on the CPNN page for upcoming virtual events. Where possible links are provided to recordings of the events. Unless otherwise noted the events are in English. 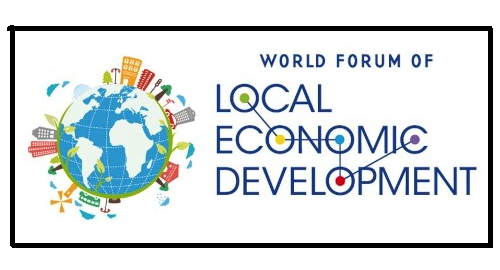 The International Center on Nonviolent Conflict (ICNC) is pleased to host Luke Abbs as he discusses his forthcoming monograph, “The Impact of Nonviolent Resistance on the Peaceful Transformation of Civil War.” Events in the last ten years has shown the extraordinary impact that nonviolent resistance can have on political change. Echoing this sentiment, research shows that nonviolent campaigns against the government have a strategic advantage over armed rebellions and are more successful in achieving regime change and democratization.
— Click here to register

On May 26, 2021 14 million Syrians voted in Presidential elections, overwhelmingly reelecting President Bashar al-Assad. An independent, international delegation of observers called the election “the legitimate, democratic expression of the Syrian people” and noted that “for many Syrians, the election represents the imminent ending of the war, the defeat of foreign plots, and hope for the future.”
— Join International Action Center organizer Ted Kelly, along with others who participated in the delegation, for an eyewitness account of the situation in Syria as the country continues to push back U.S. intervention, reasserts its sovereignty and rebuilds after years of imperialist war.
— Zoom registration

Palestine Action for the Planet invites you to join us for weekly conversations towards a better future for humans and nature. For this week, we are honored to have Hiba Burqan lead the discussion on “Planning for sustainability in the Urban Context: Towards a new strategic planning model. Heba Burqan is a strategic planning master’s student, working towards investigating tools and methods in urban sustainability and development. As an architect with work experience in architectural firms, Heba investigated the last 5 years in developing exhibits and exhibitions at A.M. Qattan Foundation, and today she aspires to take this experience and utilize it in the field of community design towards sustainable urban development. We also talk about our responsibility to safeguards our environment in honor of world environment day
— Register here

Ending Gender Discrimination is demand 2 of the Africa Young Women Beijing+25 Manifesto, but also a widespread demand across the African continent, as it remains a prevalent reality. . . The webinar, co-hosted with SAYoF, will focus more particularly on a sub-demand that has emerged during consultations with young African women on the thematic of ending gender discrimination: The need to for equitable access to land ownership ensuring economic independence and personal empowerment. Young women make a stand against gender-discriminatory laws, customs and practices regulating inheritance and those which impede young women’s fair access to ownership of land and natural resources.
— The format of the webinar will be a hybrid between moderation and open discussion (Q&A).
— zoom registration

State foreign and military policies don’t necessary represent the interests of a nation’s people. In the push-pull between ties with China and the United States, the foreign and military policy policies of South Korea., India and Taiwan, are powerfully influenced by the financial and trade ambitions of their elites. elites have shaped those policies..
— Speakers
— Youkyoung Ko is a consultant for Women’s International League for Peace and Freedom(WILPF) and women-led Korea Peace Now! Campaign, and a standing executive committee member of the Korea Peace Appeal Campaign. She is an expert on impacts of the US-ROK alliance and US military presence in South Korea.
— Andrew Lichterman is a policy analyst and lawyer with the Oakland,
California based Western States Legal Foundation and a member of the
Coordinating Committee of United for Peace and Justice.
— Brian Hioe is a founding editor of New Bloom and former Democracy and Human Rights Service Fellow at the Taiwan Foundation for Democracy
— Organized by the Asia Pacific Working Group – https://www.cpdcs.org/
— Register here

From nuclear weapons abolitionists in Japan to Belgians working to reduce military spending to meet urgent human needs and stanch climate change, Iranian Americans working to build a just society and prevent conflict between the U.S. and Iran., and Spaniards building an integrated justice and peace movement, we have allies and partners around the world. They and thousands of others will be gathering in Barcelona and online this October. In preparation for this World Conference, join us in conversation on June 12 where you can meet, learn from, and build partnerships with them in our Voices of the International Peace Movement.
Speakers:
Reiner Braun – Executive Director, International Peace Bureau, Berlin
Chloe Meulwaeter – Centre Delas, Barcelona
Assal Rad – Senior Research Fellow, National Iranian American Council
Quique Sanchez – International Peace Bureau, Barcelona
Alicia Sanders-Zakere – International Campaign to Abolish Nuclear Weapons, Geneva
Yayoi Tsuchida – Japan Council against A- & H- Bombs, Tokyo
Tom Unterrainer – Bertrand Russell Peace Foundation London
— Register here

Ramsey Clark founded the International Action Center in 1992 as a structure to oppose U.S. wars of aggression and occupation, defend liberation struggles, defend political prisoners. IAC militants joined Ramsey Clark’s international delegations that defied the blockade of Cuba, the war and sanctions on Iraq, the U.S.-NATO war on Yugoslavia, the kidnapping of then President Aristide in Haiti or joined the wave of resistance then sweeping Latin America.
— Ramsey Clark guided the production of hundreds of books, videos, mass meetings, internet campaigns and demonstrations that the IAC organized with him. We are determined to continue this vital work and to make available many of his books to a wider audience.
— zoom registration

Since the end of the Cold War and the dissolution of the Warsaw Pact, NATO has developed into a global alliance through expansion into Central and Eastern Europe, conducting destabilizing military interventions in the ‘war against terror’ and forging bilateral and multilateral alliances worldwide. At the NATO summit, the report “NATO 2030: United for a new Era” will be discussed. In this webinar we’ll analyse NATO as a global militarist actor.
— Interpretation: English, French and Spanish
— detailed information and zoom registration

Join Common Ground Committee and sponsoring partner Bridge Alliance for a special virtual event to kick off the National Week of Conversation 2021. Our guest Daryl Davis, an award-winning Black musician, race reconciliator and renowned lecturer, has used the power of human connection to convince hundreds of people to leave white supremacist groups. Fellow guest Ryan Lo’Ree, a former white supremacist and extremist, is an interventionist working to deradicalize people who have been lured into extremism and white supremacy. Register now to join them for a Zoom conversation moderated by New York Times columnist David Brooks on strategies that work to combat hate, and how we can all play a part.
— Register here

The growing divisions and distrust in our nation has led us to a dangerous point for our democracy. To put our country on a better course necessitates understanding how we got here in the first place. FixUS is hosting several small discussion groups throughout the National Week of Conversation on June 14, 16, and 17th where participants will engage with one another on what they view as the top underlying political, cultural, economic, and technological reasons for our current environment. Groups will have varying backgrounds and perspectives, and you can indicate which sessions you may be interested and able to join (via Zoom) below.
— If you’d like to see more about our work, please visit our website. If you have questions, please email fixus@fixusnow.org. Thank you!
— Please fill out the form here to participate in a discussion group.

The International Center on Nonviolent Conflict (ICNC) is pleased to host the authors of two forthcoming case studies on materials resources: Chris Allan and Scott DuPree, the authors of Social Movements and Material Resources in Northwest Mexico, and Mahmoud Soliman, the author of The Mobilization of Material Resources and Palestinian Nonviolent Resistance in the Occupied Territory of Area C.
— Click here to register