Amphi-Chine served as the framework for the interactive conference, “The involvement of young people in the preservation of culture of peace in Chad”. The objective was to make young students understand the essential role of peace and the culture of peace. Following ideas expressed by students regarding peace, the speakers emphasized that peace is the acceptance of others, peace being the foundation or the basis of life in society. It is a behavior and a culture. Having love for one’s neighbor, living together, peaceful cohabitation, social cohesion are among the topics discussed during this interactive conference. 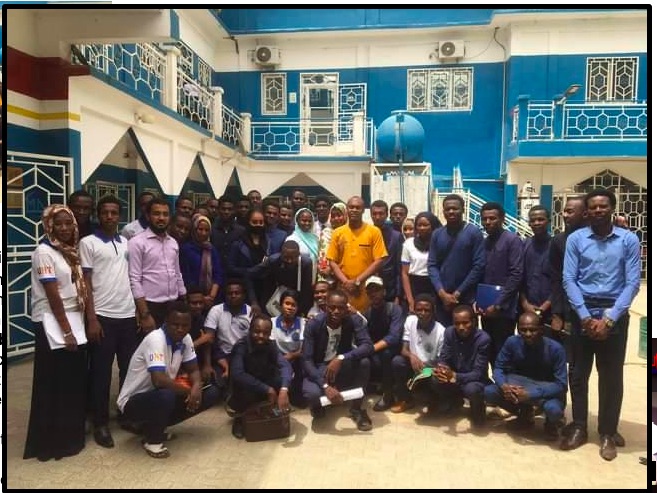 The president of the United Nations association of Chad, Mahamat Silim Moustapha, the members of the Koisé association, Mahamat Alboukhari, Ousman Thiam, Hamza Ahmat Abrass, took turns explaining to the students, the importance and the role of peace in a society, especially in Chad. For them, in the current situation that the country is going through, the culture of peace is essential, especially in student circles for the development of the country.

Chad’s stability and social cohesion is a very relevant issue that everyone must understand. That said, living in peace is the best thing a family wants in the world. “Peace is not only the absence of wars, but also behavior,” said conference speaker Dr Hamid AZAZ. The example was given in countries which live in peace. They are now the host countries for migrants from around the world.

Conflicts maintained on social networks, and which fuel hatred, must be opposed by students. We have to bury the hatchet and build our country Chad, because it needs a new face, a new generation, and this new generation and new vision is you, the students. You are the future executives and ambassadors for peace, ”the speakers concluded. The president of the organizing committee, Wardougou Moussa Abdelkader, on behalf of the students of HEC-TCHAD, thanked the United Nations association of Chad, for the initiative, and pleaded for the sustainability of this theme.