An article from Toledo Diario (translation by CPNN)

The fight for gender equality is global and transversal. Mutual support, collaboration networks and alliances are essential for the achievement of rights that in some countries have advanced more than in others. For all this, activism and social participation have become a powerful tool that Development NGOs now want to show as an example of these global actions. 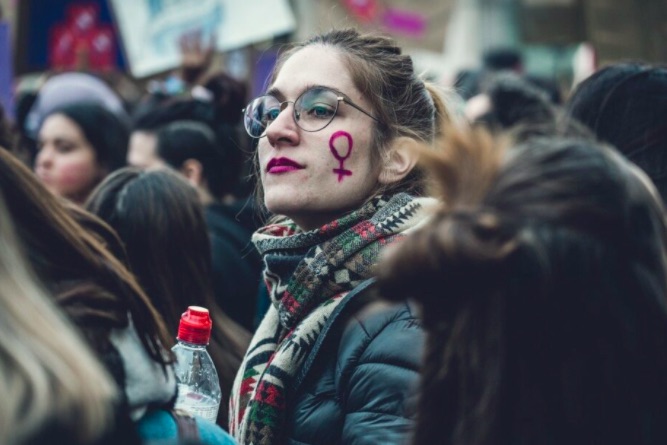 Image by Antonio Cansino from Pixabay

The multimedia project “Weaving Alliances for Gender Equality” has as its objective to collect, both online and in a printed publication, about fifteen projects around the world. It has been prepared by the Coordinator of NGOs in Castilla-La Mancha in collaboration with groups from various countries and with the support of the Women’s Institute of this autonomous community. And the result is dozens of testimonies to learn, raise awareness and fight for this International Women’s Day, and every day of the year.

This project is part of the 2030 Agenda and the Sustainable Development Goals (SDGs) that constitute the roadmap to achieve sustainable development where “no one is left behind”, especially SDG 5, which seeks to achieve equality between gender and empower all women and girls by 2030.

The Coordinator highlights that in a context of global inequality, the alliances between local and regional governments, NGDOs, local counterparts, unions, universities and citizens, are needed to promote the principles of the 2030 Agenda and enhance its most transformative elements. “These alliances reinforce the capacities of governments, civil organizations and citizens that defend human rights; they sensitize and mobilize the commitment and involvement of citizens towards sustainable development and promote effective actions to combat inequalities ”.

The proof is this multimedia project, where we can hear from its protagonists first-hand.

One of them is Elena Emperatriz Santiso, participant in the SOLMAN and ADICOMAR equality project for the empowerment of women, to improve their economic independence and know their rights. Various trainings adapted to the context were designed to empower women, to improve economic independence and to know their rights. These training in dressmaking, beauty or hairdressing, accompanied by training in rights, not only allowed for greater economic independence, but women began to recognize that they had rights and, if they were violated, there were legal mechanisms to report them. Click here for her testimony in Spanish

Another testimony is that of the Alianza de Mujeres en el Corredor del Cribe Project, in which SodePaz participates, and which develops within the framework of an agreement between non-governmental organizations of the Dominican Republic, Haiti and Cuba to address issues related to the social and solidarity economy from an environmental perspective. It incorporates the cultural and gender dimension, and everything that implies sustainable development in that region. Olita Jean is a participant in this initiative in Haiti, one of the poorest countries in the world. Here is her testimony in Spanish.

Oxfam Intermón develops the “Together We Victory” initiative to support Colombian women who fight for the protection of civil rights and the environment. In this context, women defenders, rural women, involved in a reality of inequality, risk and abuse in the exploitation of natural resources of their land, are united in the Platform for Political Advocacy of Rural Women of Colombia. They can obtain support from Oxfam Intermón to raise their voice and increase the visibility of their actions and the dangers they face. Thanks to this campaign, a joint circular has been signed for the first time between the different control entities of the Government of Colombia to guarantee the rights of rural women. In it, public servants are urged to comply with the regulations that are already in place and whose non-compliance will generate disciplinary actions. Laura Victoria Gómez Correa, from the Right to Equality Program in Colombia, speaks. Here is her testimony in Spanish.

Nurses for the World is the protagonist of another of the initiatives of these alliances. It is about their work in the fight and prevention of human trafficking for sexual exploitation in Bolivia. In the last workshop “It’s about you”, held within the framework of the II International Forum “Toledo, Culture of Peace”, the proposal was very well received and the people who initially attended out of curiosity, ended the workshop being more aware the meaning, causes and consequences of human trafficking and smuggling. Miriam Montero Gómezes technician of Nurses for the World projects speaks here in Spanish.

Finally, the Assembly for Cooperation for Peace (ACPP) contributes to this project the experience of the women protagonists in 2011 of the so-called Arab Spring. They raised their voices to demand social and political improvements that would consolidate human rights. With them, this NGO works in the Maghreb, to support and strengthen civil movements and associations that promote women’s rights, so that they are the engine of change in their countries. Anna Rispa is a reference of the Assembly of Cooperation for Peace in the Maghreb. Here is her testimony in Spanish.