Women who have played prominent roles in the protests sweeping Belarus are subject to reprisals and threats, Amnesty International said today. In a new publication, the organization highlights the important role women activists have played in the protests after widely contested presidential elections and reveals state reprisals against them. 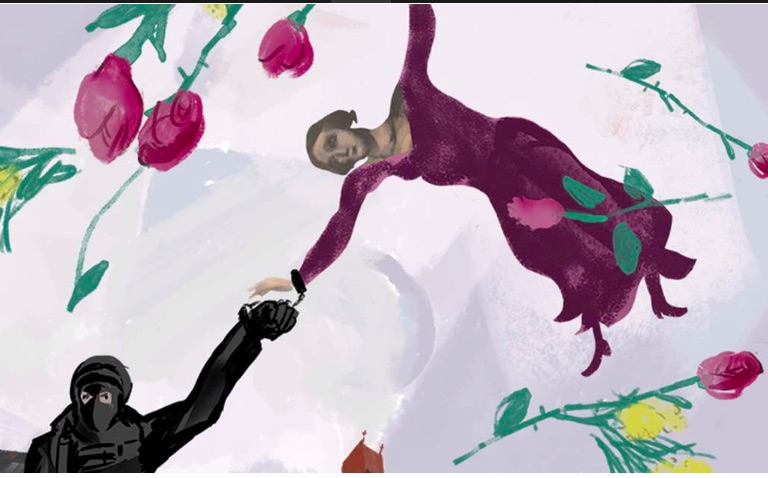 Women activists told Amnesty International that they had been accused of being “bad mothers” and “bad wives”, and that the authorities had threatened to take their children away from them. They have also faced ill-treatment in detention, and prison sentences resulting from unfounded criminal prosecutions.

“Svyatlana Tshikhanouskaya, a presidential contender forced into exile, Maryia Kalesnikava, her chief of staff thrown into prison, Marfa Rabkova, a jailed human rights defender, and journalists Katsyaryna Bakhvalava and Darya Chultsova, both imprisoned for two years for livestreaming of a protest action – these are some of the many women whose names have become synonymous with the struggle for freedom and human rights in Belarus,” said Aisha Jung, Amnesty International’s Senior Campaigner on Belarus.

Click here for an article on this subject in French)

“In a deeply patriarchal society with endemic domestic violence, women in Belarus have risked everything to stand up for their beliefs. The Belarusian authorities have retaliated with measures intended to target women activists, and their organizations and families.”

Yuliya Mitskevich, a feminist activist who runs a gender-awareness organization called Aktyunym Byts Faina (It’s Great to be Active), and who is a member of a sub-group of the opposition Coordination Council, Femgruppa, was arrested on Friday 20 October 2020 outside the offices of her organization.

Yuliya was officially charged with “participation in an illegal gathering,” but she told Amnesty she believed she is being persecuted for her work on gender equality. The police officers who arrested Yuliya, and criminal investigators who interrogated her, asked her to sign a statement saying that she had taken part in illegal actions in her organizational role.

“They offered me incentives and threatened me too. The first time they asked about Femgruppa, and about the women’s marches and finances, but the second time they were interested in my organization,” Yuliya told Amnesty International.

“We call for solidarity with the brave women of Belarus in their fight for freedom and human rights. In their struggle, they are challenging patriarchal attitudes and a repressive government intent on suppressing human rights and stifling the change and progress that Belarusians are calling for,” said Aisha Jung.

Amnesty International’s   global solidarity campaign was launched on 27 January 2021, with the publication of a  report  revealing how the Belarusian authorities have weaponized the justice system to punish survivors of torture rather than perpetrators. The organization produces regular publications that highlight how different sectors of Belarusian society are being targeted. Belarus is currently experiencing the most egregious clampdown on human rights in its post-independence history. Amnesty International activists around the world will participate in various actions to demonstrate their solidarity with peaceful protesters in Belarus.