An article from Soy de Madrid

The V edition of the International Film and Human Rights Festival begins on December 4 and ends on December 13. For the first time, it will be held online.

The V edition focuses on issues that are included in the Universal Declaration of Human Rights, from a pluralist vision and based on reconciliation and the culture of peace, It takes into account the authoritarian drift spreading around the world and the events of the pandemic. 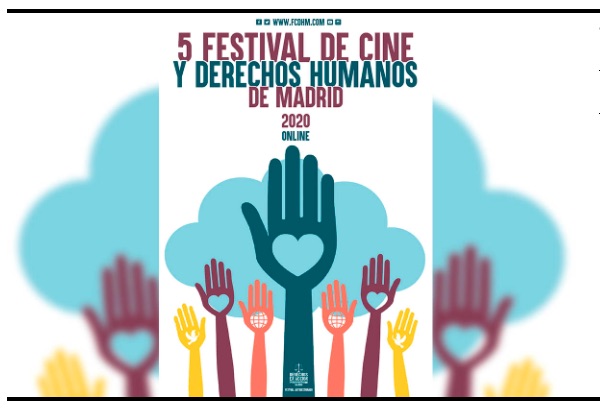 Human rights are threatened in Spain and in the rest of the world, due to the democratic, economic, social, political, environmental and health crisis, to which is added the one derived from the pandemic. The Film Festival will screen films about the situation caused by covid-19, seeking the hope of humanity.

As a result of the diversity of the works, the Festival will add topics on social conflicts, disability, the elderly, culture of peace, women’s rights in the world, intolerance and extremism, development and cooperation projects, children’s rights, immigration, poverty, etc.

The films will be open and free on the festival website online for 10 days.

The Jury for the Official Section includes personalities such as Sécun de la Rosa, known for his television and film work as a comedian actor, Aida Folch, known for her role as Françoise Alcántara in the television series Cuéntame como pasa, and Mario Marzo, actor and pianist known for playing Lucas in Los Protege, among others. Click here for the rest of the jury.

The state of Texas and Melissa: directed by Sabrina Van Tassel. Her name is Melissa Lucio and for more than 10 years she has been waiting for her fate on death row. Melissa was the first Hispanic woman sentenced to death in Texas.

Under fire: directed by Sjoerd van Grootheest and Irene Vélez Torres. A group of peasant coca growers in southwestern Colombia watch the peace process break down. Over the course of three years it is shown how they survive in the midst of the most difficult circumstances.

Click here to consult the rest of the program.