An article from the Hampshire Chronicle

The Mayor of Winchester, Cllr Derek Green, hosted Winchester’s fourth Mayors for Peace event to commemorate the 77th anniversary of the atomic bombing of Nagasaki.

More than 40 guests were present at Abbey House on August 9, representing Winchester City Council, Hampshire County Council, the University of Winchester, community organisations and a number of faiths groups in the city. 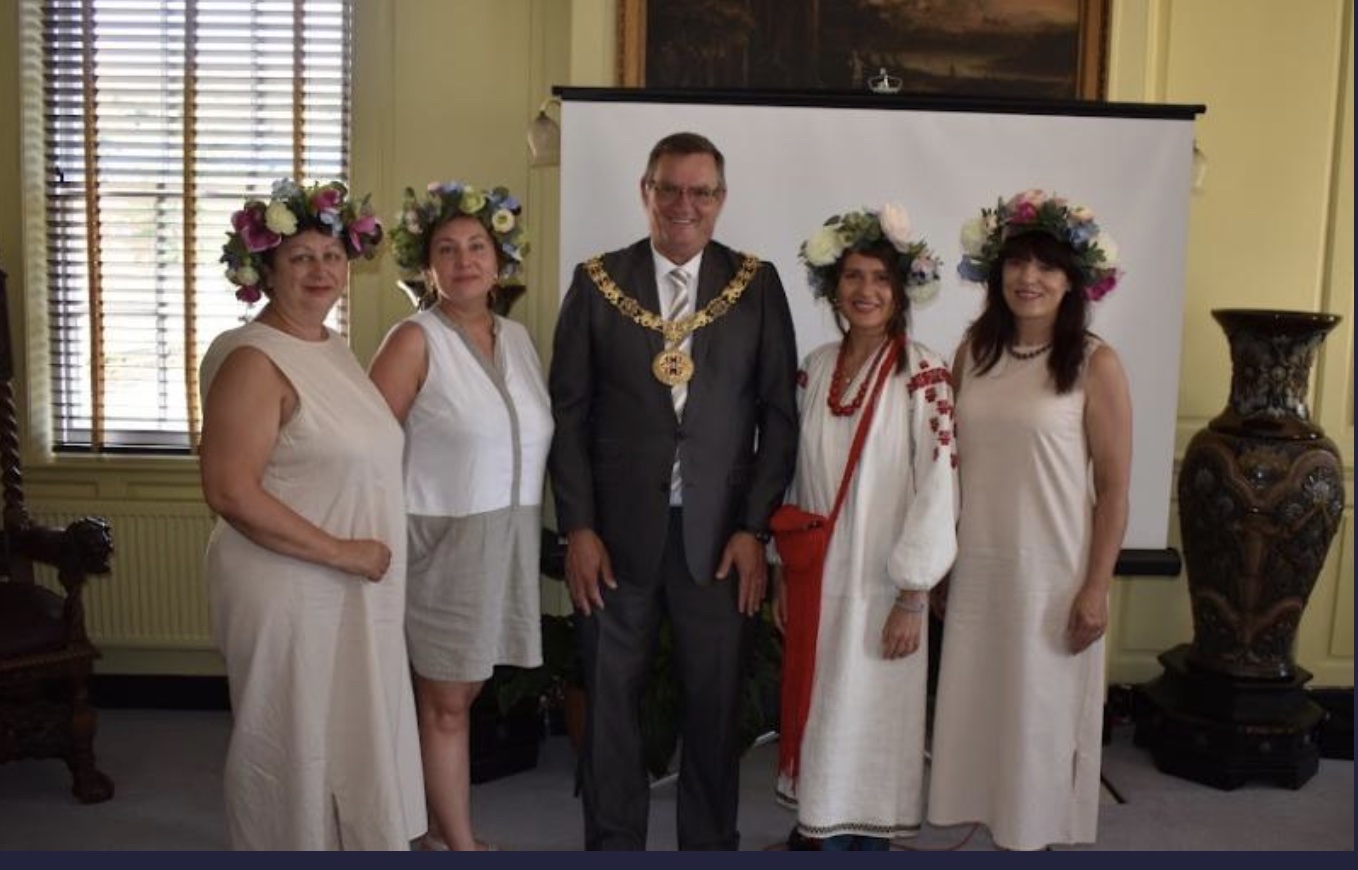 Mayors for Peace is an international, non-political organisation with a membership of more than 8,500 cities and regions, including 85 in the UK. It aims to realise a world without nuclear weapons, support safe and resilient cities and promote a culture of peace. Winchester joined in 2020.

Cllr Green said: “I was delighted to host the Mayors for Peace event. I share the spirit of my fellow Mayor of Nagasaki in his message to the event, who stated, ‘I hereby declare to do the utmost to realise the abolition of nuclear weapons and everlasting world peace’.”

Presentations included an experience of living through the bombing, read by members of SGI-UK, who organised the event.

The University of Winchester showed the ginkgo saplings they are growing from seeds of trees that survived the atomic bombing, presented last year by the Mayor of Hiroshima to the Mayor of Winchester. These will be used in schools as part of a developing education programme.

Winchester’s City of Sanctuary movement highlighted how conflict is driving refugee flows all over the world – and raised the frightening prospect of nuclear weapons being used in the current conflict in Ukraine.

The event ended on a positive note with a song from a Ukrainian choir and a determination among everyone present to work more closely together to do everything in our powers to ensure that the second atomic bombing of Nagasaki, will be the last experienced by humanity.

John Brackstone, director of faculty operations for Education and the Arts at the University of Winchester, said: “It is a great honour that the University of Winchester can help to nurture these saplings and create a suite of materials that bring the themes around the ginkgo tree’s survival of Hiroshima, global peace and environmental awareness into a format that is accessible and appropriate for primary school children.”

Caroline Millman of PeaceJam UK, said: “PeaceJam UK was grateful and proud to be part of such an inspirational and thought-provoking occasion and have the opportunity to connect with like-minded people who also have a genuine respect for humanity.”

Chair of Winchester City of Sanctuary, Both Flint, said: “Winchester City of Sanctuary’s vision is for Winchester to be a welcoming place of sanctuary for all, a peaceful space where people can feel safe and protected. We cannot do this alone which is why it is so important to work together, with partners and our wider community to promote peace and sanctuary and a world free from conflict. We stand in solidarity with Mayors for Peace and partners like SGI-UK and Peace Jam and look forward to working with both more closely.”

Paul Williams of event organisers SGI-UK, said: “I’m pleased that our Buddhist organisation for culture, education and peace was able to be an effective catalyst to bring together such a wonderful group of partners, working together under the Mayors for Peace banner”.