An article from La Tribuna

JUTICALPA, Olancho. Representatives of public and private institutions joined the “Walk for Peace 2022”, through the main streets of this departmental capital.

Marchers called for an immediate ceasefire in the face of criminal acts that affect municipalities, delabdubg the authorities for greater security, and for the investigation and punishment of those responsible materially and intellectually for the violent acts. 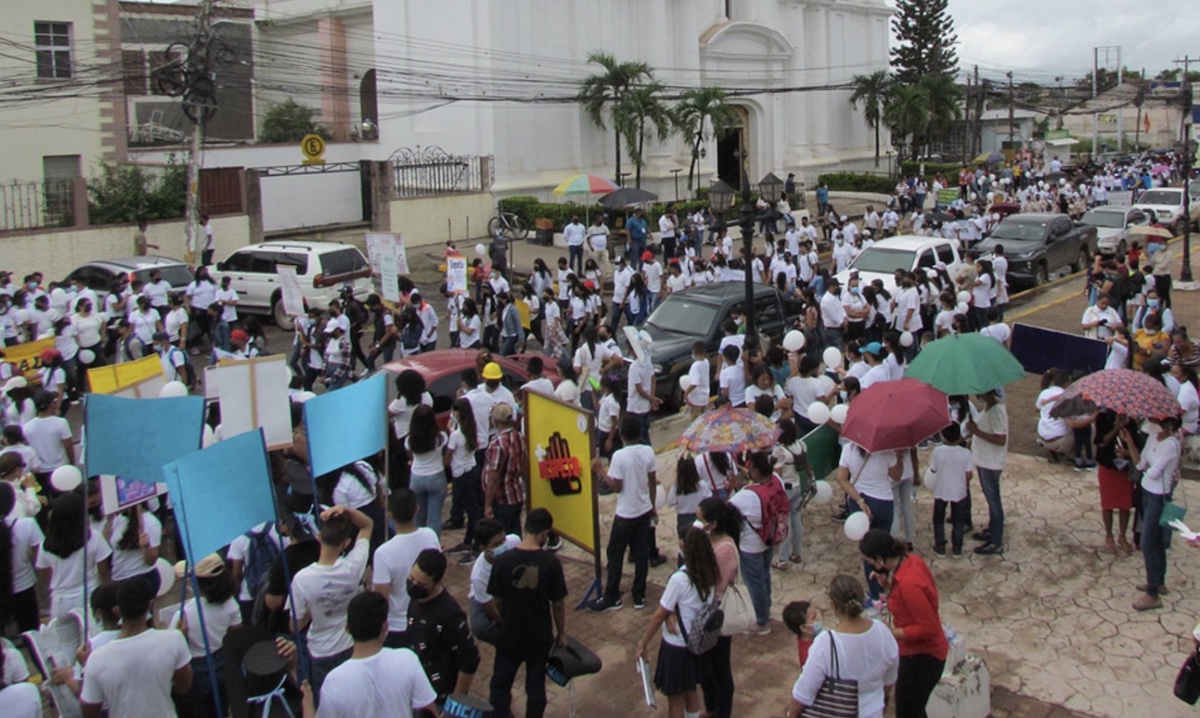 The march concluded in the Municipal Plaza of Juticalpa.

The authorities, teachers, administrative staff and students of the North-East Regional University Center, CURNO, joined the “Walk for Peace 2022”.

(Click here for the original article in Spanish about this event)

The activity also had the organizational support of the Network of Families Living Together in Peace, with the intention of developing a culture of peace and a resounding no to violence among children and young people.

Educational institutions of all levels participated. They were supported by the authorities of CURNO, the Political Government of Olancho, the mayor of Juticalpa and the Departmental Directorate of Education of Olancho.

The “Walk for Peace 2022” was a desperate call to Olanchana society to eliminate violence and strengthen peace.

The department of Olancho, with 24,000 square kilometers ,is the largest in Honduras, similar in size to countries like El Salvador and Israel.

The department is whipped mercilessly by crimes and threats of all kinds, but the most serious thing is the environment of impunity with which those responsible for these criminal acts act, the march condemned.

According to official sources, the population in the department of Olancho is approximately 600 thousand people, almost 50 percent concentrated in the municipalities of Juticalpa and Catacamas.

Official statistics show that the municipalities of Juticalpa, Catacamas Patuca and Dulce Nombre de Culmí have the highest number of homicides between men and women.