Marina Ovsyannikova, who denounced Russia’s intervention in Ukraine during a live TV broadcast, knew that coming back to Moscow would be akin to playing a game of Russian roulette.

Speaking to AFP in an interview, the 44-year-old mother of two, who returned from Europe last month, said she understood she could be arrested at any moment. 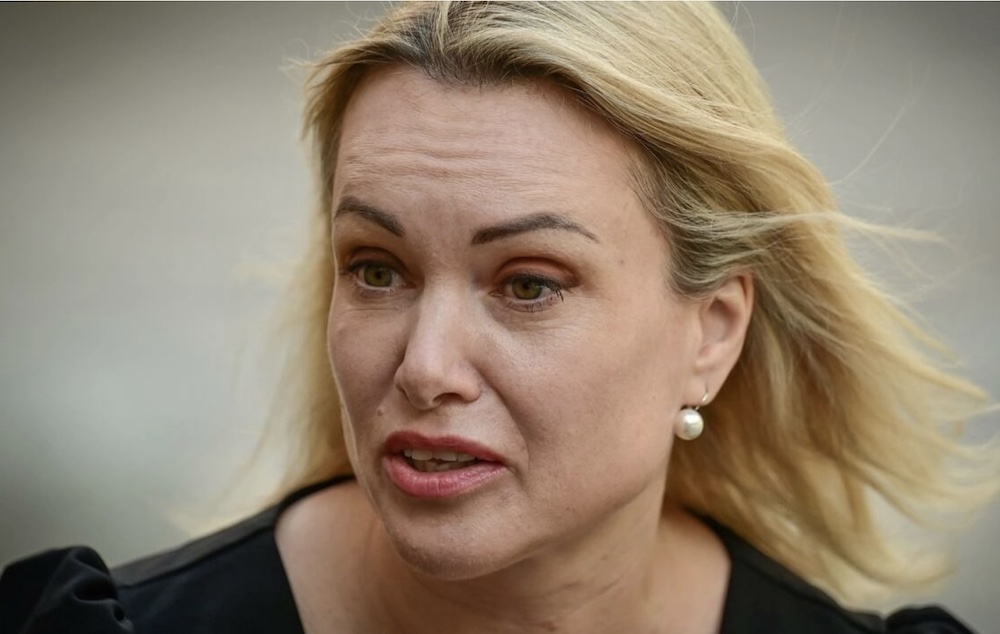 “I decided to play Russian roulette,” the former editor at Channel One television said, sitting on a bench in central Moscow in an elegant black dress.

“If they make this decision, they will arrest me in a single day. It will only take a few seconds,” she said after dropping her 11-year-old daughter off for art lessons.

In early July, she made the “difficult decision” to return home when her ex-husband, an employee of Kremlin-backed broadcaster RT, sued her for custody of their two children.

Since her widely publicised protest, Ovsyannikova has been fined several times and is due to appear in court again on Monday over discrediting the Russian army.

She will also be attending custody hearings.

Public criticism of Russia’s intervention in Ukraine has been outlawed, and most government critics have either fled the country fearing prosecution or ended up behind bars.

Ovsyannikova said however she would continue speaking up.

“I am a fighter, I continue to actively denounce the war,” she said cheerfully.

“I do not plan to stop, I am not afraid despite the constant intimidation from the authorities.”

Since her return, Ovsyannikova came out to support opposition politician Ilya Yashin in court, staged a protest with a poster calling Putin a “murderer” and published anti-government posts online. She was briefly detained by police near her home in mid-July.

Ovsyannikova, who does not currently have a permanent job, works as a freelancer for foreign media. Most of Russia’s independent media have either been shut down or operate from abroad.

he journalist, who worked for state TV for 19 years, said she had recently sold her car to bring in some extra money.

Her protest has drawn hostile reactions from many quarters.

Pro-Kremlin officials and former colleagues have accused Ovsyannikova of betraying her country. Critics in Ukraine and the West have claimed she is a spy still embedded in the Russian state media.

Many members of the Russian opposition have blamed her for jumping ship in an opportunistic move and seeking fame.

“It is convenient for the authorities to constantly create new conspiracy theories around me, people already don’t know what to believe,” she said.

But Ovsyannikova admitted she had made mistakes in the past and has stayed “too long” in her comfort zone, without “finding the strength” to leave state television sooner.

For her, inaction and indifference, embraced by many Russians, are a form of “self-preservation” fuelled by fear.

“Our people are really very frightened,” she said.

“Even those who understand the absurdity, the horror of what is happening prefer to stay silent.”

In a throwback to the Soviet times, many Russians now criticise authorities only “in their kitchens” where nobody can hear them, she said.

Apart from facing criticism in Russia and abroad, Ovsyannikova said she also had to fight a “war at home.”

She said her mother had become a victim of state propaganda, her son turned against her and she had to fight for the custody of her children.

“My fate is unenviable,” Ovsyannikova said.

She stressed, however, that her problems were nothing compared to the suffering of the Ukrainian people, faced with an offensive that has claimed thousands of lives and displaced millions.

Authorities have not announced the opening of any criminal investigation against Ovsyannikova. But her repeat convictions of discrediting the Russian army may lead to a criminal conviction, punishable by up to 15 years in prison.

Ovsyannikova believes that authorities will be reluctant to draw more attention to her case, pointing to her “solid international support”.

Ovsyannikova said she would like to be able to leave the country together with her daughter.

For now, she will stay in Russia.

She is under no illusion that official pressure on her will grow.

“They will intimidate me further,” she said.

Using an old Soviet expression, she said authorities under Putin could punish just about anyone.

“Give me the person and I’ll find the crime.”