The State Human Rights Commission (CEDH) has published the first issue of its electronic magazine “Culture of Peace”, which seeks to open communication channels and spaces for dialogue with society and create efficient interaction. 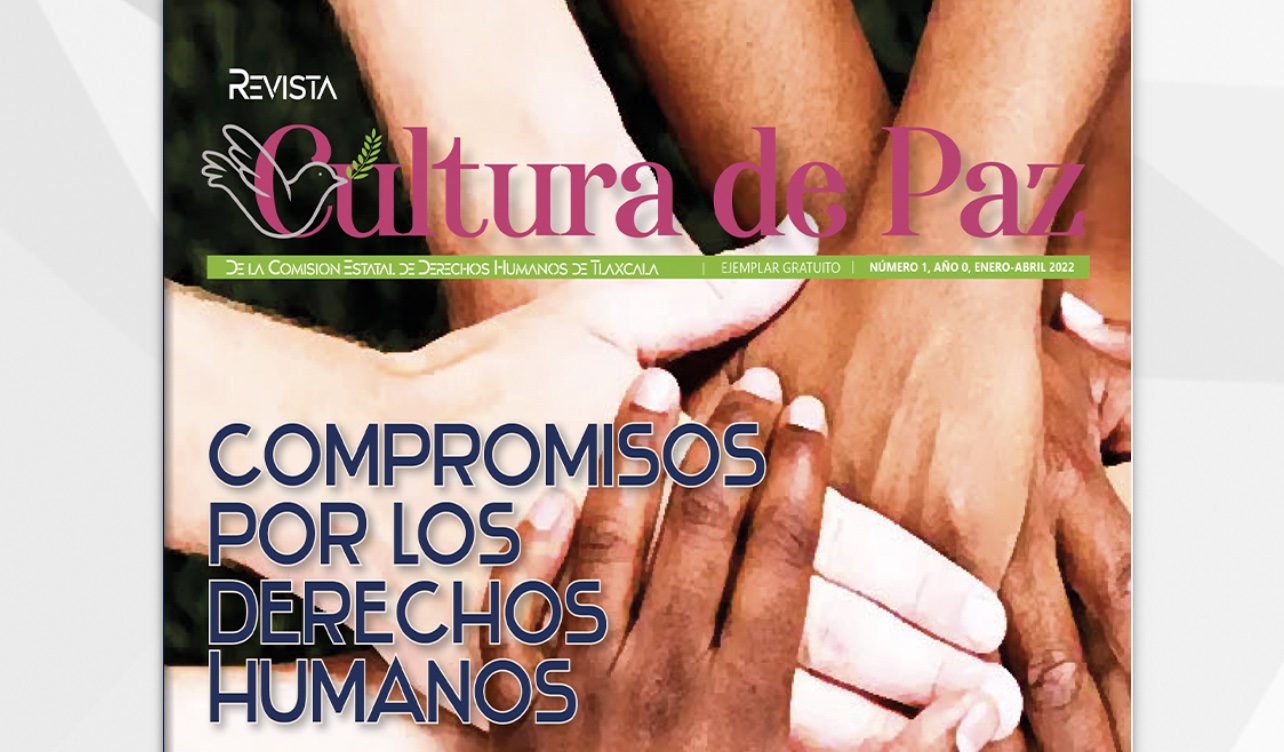 One of the intentions is to reach civil associations and public and private institutions, which are an important part of the dissemination and awareness of the importance of defending human rights.

Ombudsperson Jakqueline Ordoñez Brasdefer informed that the address through which the magazine can be consulted is https://cedhtlax.org.mx /contenido_Digital/culturadepaz/. It seeks to generate awareness and socialization on the subject of human rights, as well as promoting values, attitudes and behaviors aimed at rejecting violence and preventing conflicts.

“It is utopian, since in the State Human Rights Commission we aspire to a whole system of values, skills, attitudes and modes of action that reflect respect for life, human beings, dignity and the rejection of the violence. With this publication we add our grain of sand, ”she said.

In addition, she pointed out that with the magazine the Commission complies with its Internal Regulations, in the sense of having a publication body in printed or digital form, whose publication is at least every four months, including Recommendations, official letters of non- responsibility, proposals, pronouncements, protests, Council agreements, annual or special reports, as well as diverse material that, due to its importance, requires dissemination.

Regarding the content of the magazine, Ordoñez Brasdefer explained that “Culture of Peace” will publish news, articles, interviews, statistics, photographs and information on the subject of human rights. He specified that the purpose is to pluralize its content through the participation of academia, public institutions and universities.

In its first issue, the magazine publishes the commitments that representatives of the three powers and autonomous state agencies assumed on February 24, during the commemoration of the 29th anniversary of the ECHR, in an event held at the Xicohténcatl Theater from the city of Tlaxcala.

Similarly, the magazine publishes a brief review of what the State Human Rights Commission is and how it is integrated, as well as a description of the Mexican Federation of Public Human Rights Organizations.

Lastly, its pages include opinion articles written by advisory counselor Agustín Flores Peña; the director of the Research and Training Center, Leopoldo Zárate García; and the deputy director of the same Research Center, Herminia Hernández Jiménez.