A blog by David Swanson, World BEYOND War

The stance taken on Ukraine by many of the governments of the world is outside acceptable debate in the United States.

The Secretary General of the United Nations António Guterres has proposed a ceasefire, urged a negotiated settlement, and met with the President of Russia despite opposition in the West to doing so. Pope Francis has urged a ceasefire and negotiations, declared that no war can be justified, and encouraged workers to block weapons shipments. China’s Ambassador to the United Nations Zhang Jun has urged nations’ governments to pursue a ceasefire and offered China’s assistance. 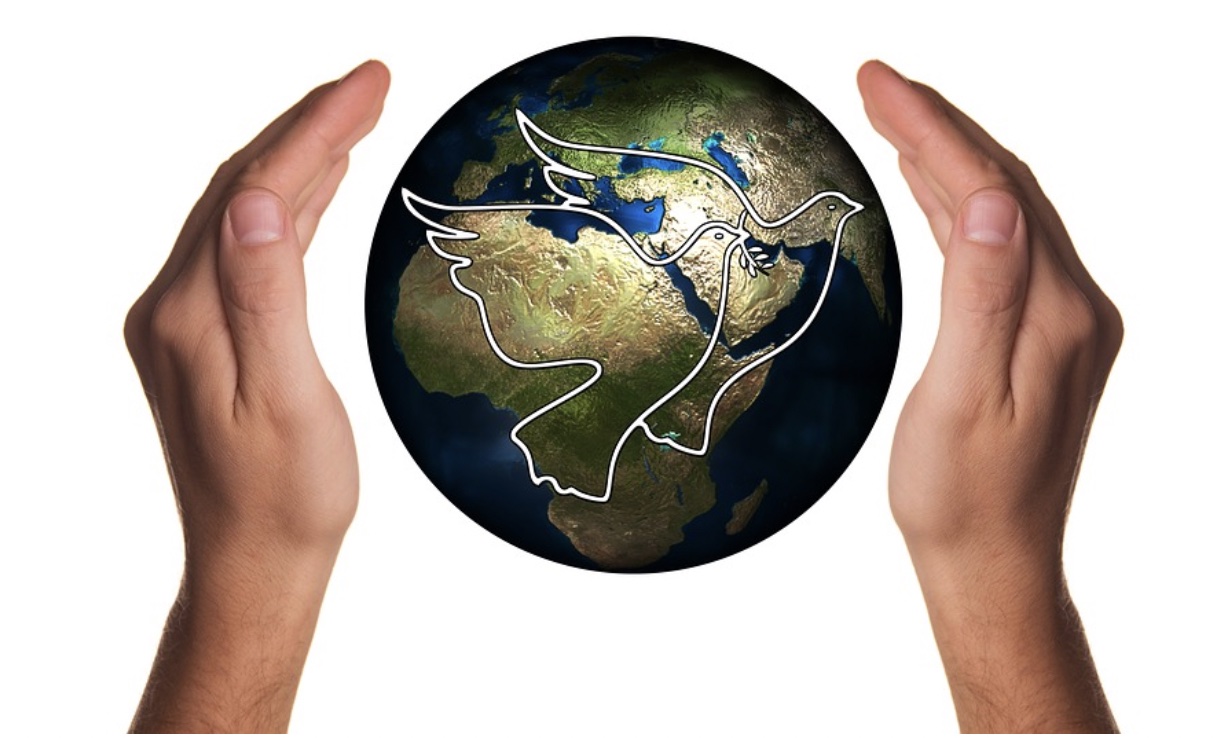 The President of Italy Sergio Mattarella, speaking to the Parliamentary Assembly of the Council of Europe, has urged pursuit of a ceasefire and negotiated settlement. Italian Prime Minister Mario Draghi and Foreign Minister Luigi Di Maio have even proposed a draft agreement. India’s Prime Minister Narendra Modi has urged a ceasefire and peace talks. The President of France Emanuel Macron has proposed a ceasefire, negotiations, and the creation of new non-military alliances.

Brazil’s ambassador to the United Nations Ronaldo Costa Filho has urged an immediate ceasefire. The President of Germany Frank-Walter Steinmeier and Chancellor Olaf Scholz have urged a ceasefire and negotiations. Chair of the African Union President of Senegal Macky Sall has called for a ceasefire. South Africa’s ambassador to the United Nations Jerry Matjila and Deputy President David Mabuza have called for a ceasefire and negotiations.

On its face, or if we were talking about any war other than Ukraine, this might all seem sensible, even inevitable. A war must eventually be ended, either through negotiation or by putting an end to us all via nuclear apocalypse. The belief by both sides that ending it later will be better is almost always catastrophically wrong. The unwillingness to end wars is driven largely by hatred, resentment, and the corrupt influences that create wars in the first place. So, a negotiated settlement must come, and the sooner the better. A ceasefire, of course, need not wait for a resolution of all issues, only for a credible commitment to negotiate by all sides.

But we are talking about Ukraine here, and U.S. media has persuaded much of the U.S. public that nothing short of the destruction or elimination of the Russian government is morally worthy of consideration, even if it risks nuclear holocaust for the planet.

This might be an occasion to consider how the United States differs from the rest of the world on other matters military. The U.S. spends vastly more money on militarism than any other government, about as much as the next 10 nations put together, 8 of those 10 being U.S. weapons customers pressured by the U.S. to spend more.

Below those top 11 military spenders, do you know how many nations it takes to add up to the same level of spending as the U.S. engages in? It’s a trick question. You can add up the spending of the next 142 countries and not come anywhere close.

U.S. weapons exports are more than those of the next five countries.
The U.S. holds well over 90% of the world’s foreign military bases, that is bases that are in someone else’s country. The U.S. is the only country with nuclear weapons in someone else’s country; it has nukes in Turkey, Italy, Belgium, Netherlands, and Germany — and is now putting them in the UK.

It’s possible that, in fact, the world’s governments have been taken over by deranged Putin-loving pacifistic lunatics. But it’s a fact that U.S. culture has been saturated for decades in pro-war infotainment, and that the world’s biggest booster of militarism is the U.S. government. It’s possible that this had had some effect on the ability of the U.S. public to consider sensible alternatives to war.