Marches and rallies took place in cities across the United States on Saturday as defenders of reproductive rights vowed to defend the country against a looming decision by the U.S. Supreme Court that would eviscerate protections enshrined in Roe v Wade for nearly half a century. 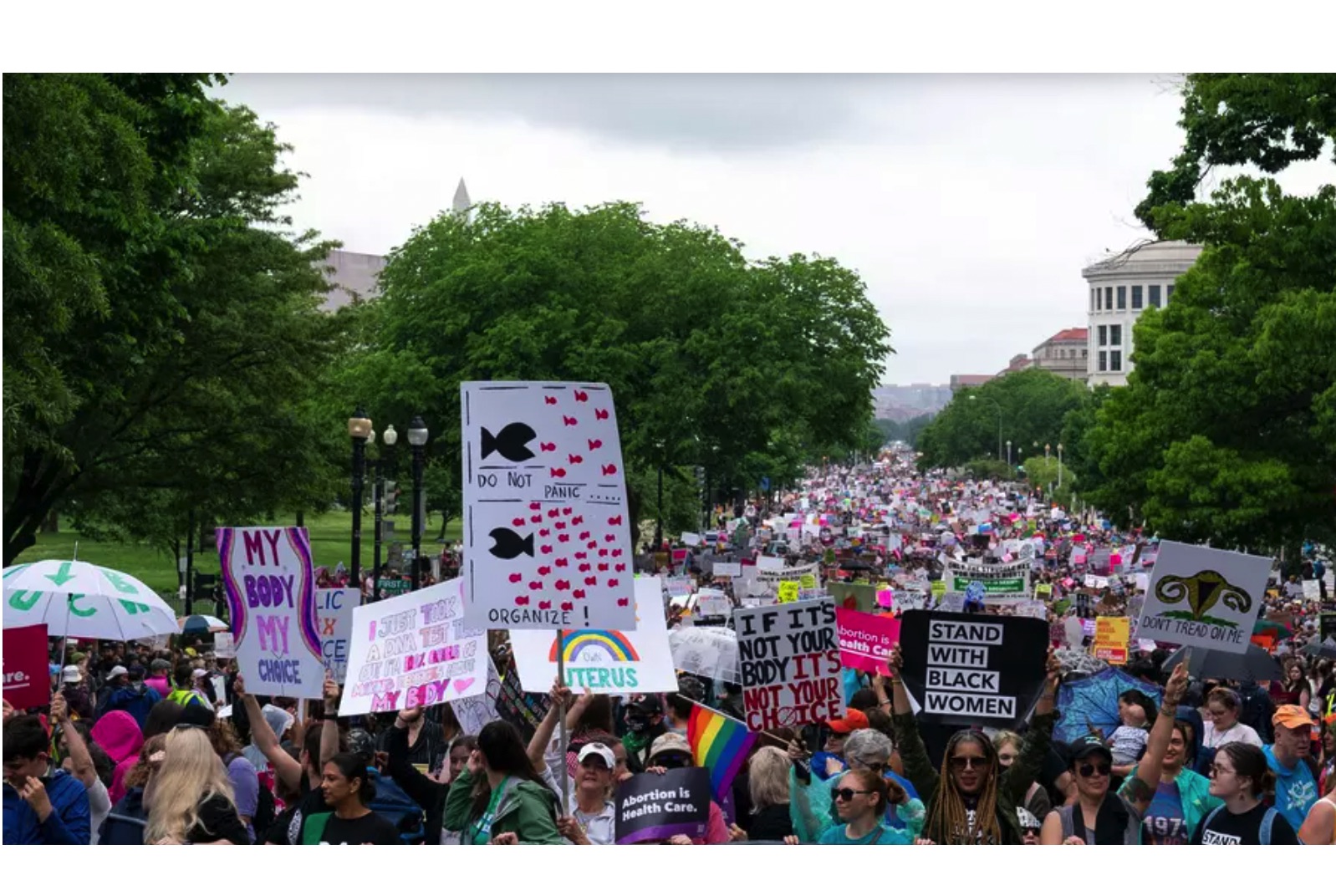 Under the banner of “Bans Off Our Bodies,” the demonstrations took place in cities large and small but with a shared message.

“If it’s a fight they want, it’s a fight they’ll get,” said Rachel Carmona, executive director of the Women’s March, one of the groups who organized the day of action along with Planned Parenthood, UltraViolet, MoveOn, and others.

Carmona, who participated in the major rally that took place in Washington, D.C., said women and their allies nationwide were marching nationwide “to see an end to the attacks on our bodies,” and vowed, “You can expect for women to be completely ungovernable until this government starts to work for us.”

In Chicago, where thousands also marched, Marj Haleerin of the executive committee of the Indivisible Chicago Alliance, said, “Right now, a minority of lawmakers in Washington are taking away our voice. So we’re here, thousands strong, to use our voice and stand up for what we believe in.”

Betty Linville, a 68-year-old living in Los Angeles, attended the rally in that city and said she remembers a time before Roe.

“I have memories of women and men fighting for abortion rights 50 years ago,” Linville told the Los Angeles Times. She explained to the paper her worries that the “incredible freedom” of legal abortion could soon be lost, especially for women who lack the means to travel from a state where it is banned to one where it is allowed.  “What is next?” she said. “What else is going to be taken away?”

Organizers said Saturday’s rallies should be seen as only the beginning of a “Summer of Rage” that will continue through the expected official ruling from the Court in June and into the mid-term elections.

Check out just some of the demonstrations that took place Saturday.

Back in New York City—where thousands marched across the Brooklyn Bridge shouting “Hands off our Bodies!” and “We won’t go back!”—Gilda Perkin, an 88-year-old artist who spoke to the New York Daily News said she also recognized the historic significance of the fight ahead.

“I’ve been at this a long time, there’s no going back,” Perkin said. “I’m passionate about this issue and I won’t stop. Women need to be strong and speak. We can’t expect anyone else to fight for us so we have to do it ourselves.”