An article by Daniela Brik in La Prensa Latina

A UNESCO initiative is striving to instill a culture of peace and strengthen the social fabric in Tierras Coloradas, a violent crime-racked neighborhood of the southern Ecuadorian city Loja.

And the focus of those efforts is on the community’s children, who are seen as the best hope for a brighter future. 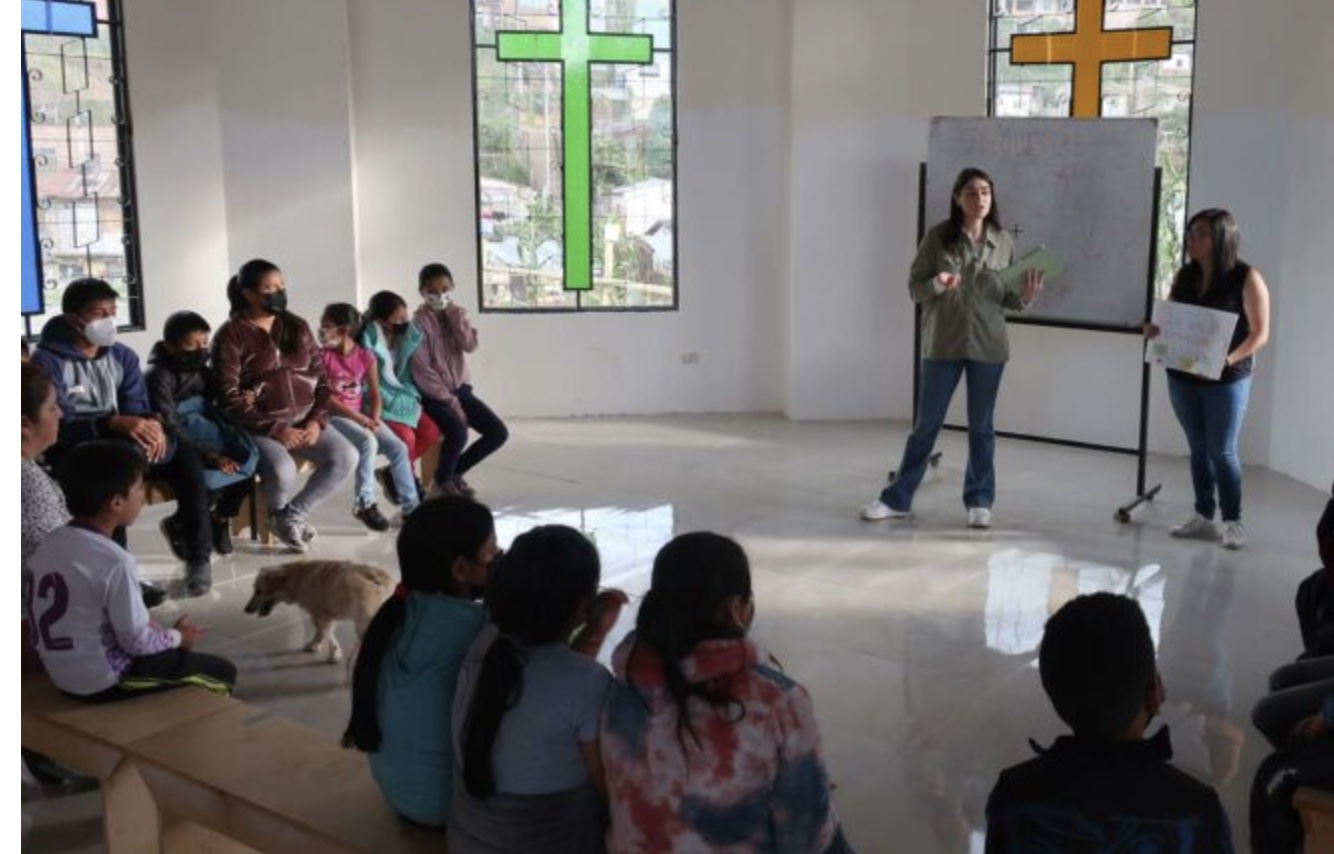 Seated around a kitchen table in front of a tablet computer that rests against a wall, Carla and Jose (fictitious names) listen to a law student on the other side of the screen.

That volunteer has assumed the role of teacher, making sure the children know what homework they need to do and clarifying any doubts they may have.

“One of our volunteers connects (with families) after mothers ask for help via a chat,” Gabriela Moreira, head of the UNESCO Chair of Culture and Education for Peace initiative at the Private Technical University of Loja (UTPL).

Around 3,000 people live in Tierras Coloradas, a Loja suburb, in precarious homes built on land donated decades ago to the Catholic Church.

Although the streets of that hillside community bear the names of saints, it carries the stigma of high levels of domestic violence, social marginalization, crime and drug use. The parish priest has even had to have security cameras installed after being robbed on several occasions.

Studies show households in that community earn an average of between $150 and $400 a month, or less than Ecuador’s legal minimum salary.

“It’s a very stigmatized neighborhood. There are people with problems identified by the community. But those who have approached us are people trying to improve their lot in life,” said Santiago Perez, the program’s coordinator.

Around 30 UTPL students and scholarship fellows from Spain’s University of Sevilla have participated in the project since it was launched in 2019, either helping children with their homework or giving talks to mothers and fathers.

Perez stressed the importance of working with parents on “managing conflicts in the home and in the community” to mitigate violence “in spaces where it’s been allowed in.”

University professors and students have gradually won the parents’ trust, visited the local school and health center and spoken with community police to see what steps are needed to extricate the population from pervasive violence and foster a climate of respect and public safety.

Parents were especially concerned about their children’s studies, considering many of these young people are alone in the afternoon or being looked after by siblings, or because they themselves lack the educational background to help their kids with their homework.

“At first, the activities were recreational for children aged three to five. Later they included help with school,” Moreira said. “At times, entire days were spent helping them to do an exercise.”

“What makes you feel happy?” one instructor asks the kids seated on a church bench while holding up some illustrations.

“My children like these types of talks because they help them with things they don’t understand,” said Jimenez, who agrees with the importance of “promoting peace with them so conflicts are avoided.”

The parish priest, Pablo Bouza, acknowledges that the district has been racked by violence due to “drugs, alcoholism, family problems.”

“Denying that reality would be like burying your head in the sand.”