The 14th edition of the World Social Forum, which took place in Mexico City, ended on 6 May, coinciding with the commemoration of World Workers’ Day, 1 May.

We publish below in full the final Declaration of the WSF 2022, which calls to build in unity and with urgency, the “another world” that is possible and necessary. 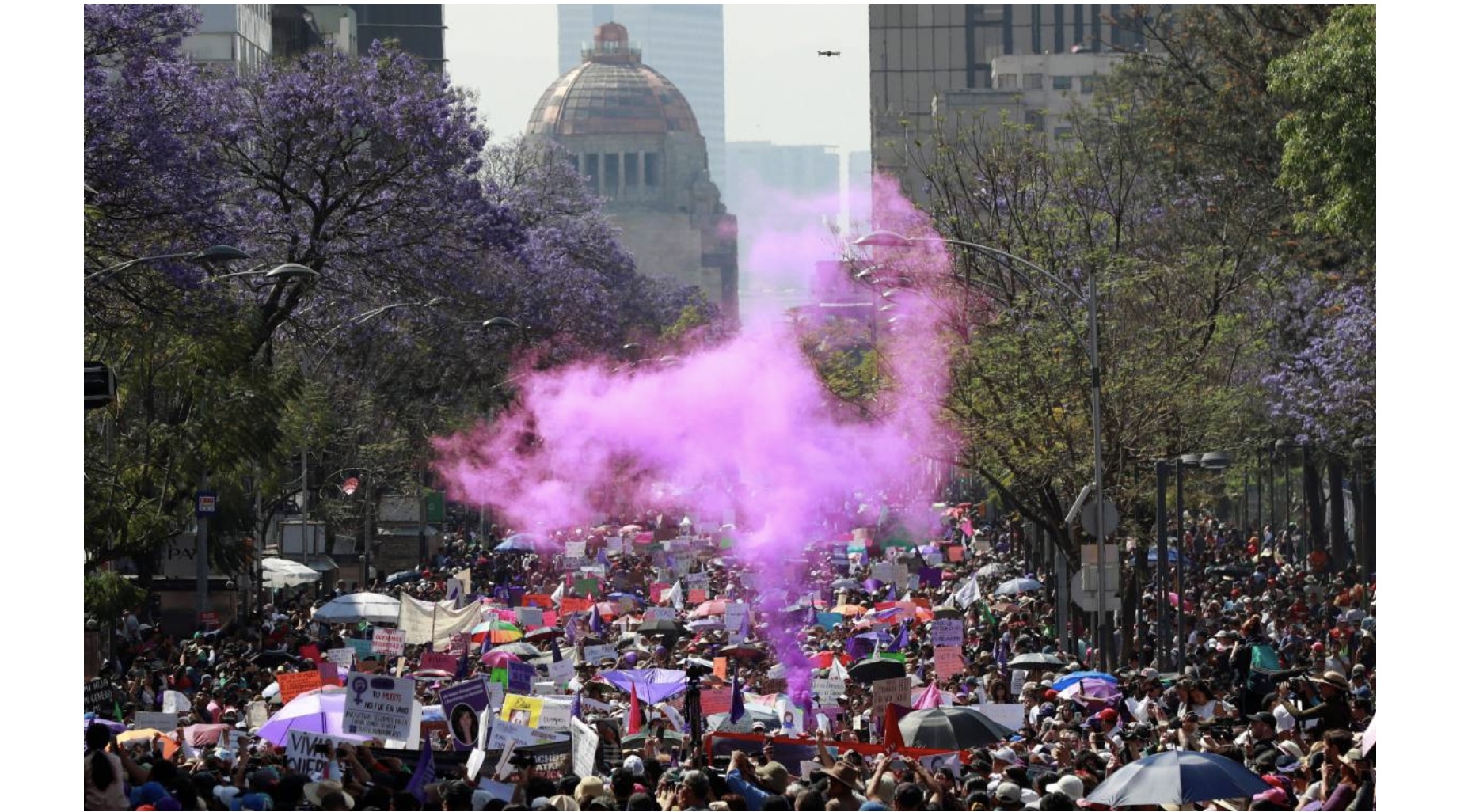 BUILDING TOGETHER A COMMON AGENDA FOR ANOTHER URGENT AND NECESSARY WORLD

1- This 14th edition of the WSF 2022 kicked off on Sunday 1st May with a march that coincided with the events to commemorate World Labour Day. The WSF 2022, which took place from 1 to 6 May in Mexico City, is the first international face-to-face and distance (hybrid) meeting since the emergence of Covid in 2019.

2- The pandemic, which continues to cause damage worldwide, did not prevent representatives of associations, collectives and social movements from Africa, Asia, the Middle East, Latin America and Europe from meeting in Mexico City.

3- This WSF 2022 had to face obstacles that hindered or prevented the presence of representatives from several countries, especially from Africa and Asia. We denounce the denial of visas to members of delegations from several countries and the prevention by the immigration authorities of several of our colleagues from entering the country.

4- More than 3 thousand participants from autonomous women’s and feminist movements, youth, members of diverse sexualities, trade unionists, communities of native peoples, the social church, environmentalists, anti-racists, the urban movement, the countryside, migrant organisations, and many other social spheres; from more than 30 countries from four continents in 789 workshops and assemblies held in 15 venues in the Historic Centre of Mexico City and from social organisations in more than 50 rooms, patios and auditoriums, in addition to their epicentre in tents in the Plaza de Santo Domingo, invited to reflect, exchange and imagine actions to change the world. The themes included climate, agriculture in respect of the earth, sustainable economy, human rights, feminism, minorities, education, workers’ rights, culture, communication, self-determination of peoples… and so many other topics! It is already certain that this forum will give rise to many collective actions that will be launched without delay.

5- Movements are facing various challenges as a result of the irrational exploitation of natural resources such as water, land and space, which are accelerating climate change, migratory flows, population displacements and with them the destructuring of our societies. This economic, social and cultural violence is a form of permanent warfare to which humanity is subjected, which can only be stopped by a radical change in the system.

6- Governments have used the pandemic to attack democratic freedoms, to promote various restrictions on the rights of the people and, above all, to give unjustified power to the big private laboratories, the first beneficiaries of a universal pandemic caused by the irrational action of capitalism.

7- The dominant policies of austerity and structural adjustment are reaffirmed. Neoliberal arrogance prevails. Destabilisation, wars, violent repression and the instrumentalisation of terrorism are imposed in all regions. Reactionary ideological currents and extreme right-wing populisms are increasingly active.

9- The WSF 2022 was marked by this global situation, it was more oriented towards resistance. Social and citizens’ movements are aware of the urgency of defining strategic orientations. They affirmed that the need for resistance does not cancel out the contradictions and that all possibilities remain open.

10- This year another form of war has broken out, that of Ukraine, a product of the Russian invasion of that country. Faithful to its origins and to the Charter of Principles, the WFTU denounces this invasion, the death of thousands of civilians and the use of deadly violence, the effects of which are already being felt all over the world. This new scenario of war adds to many others where the peoples are suffering its consequences. Peoples must find the way to build peace.

11. The apartheid of the State of Israel, the war in Syria, Iraq, Mali, Afghanistan and other places between the imperialist world powers is the sublime expression of their pettiness and their clumsy dispute for world hegemony where in the end there will be neither winners nor losers, only desolation and death for our peoples.

12- The stakes at the World Social Forum 2022 were high. In a profoundly contradictory world situation, it allowed us: to redefine an alter-globalisation proposal corresponding to the new situation; to understand the new contradictions of the world system; to start from the movements to resist, to define alternatives, to build a new project of emancipation.

Another world is possible and together we must build it!