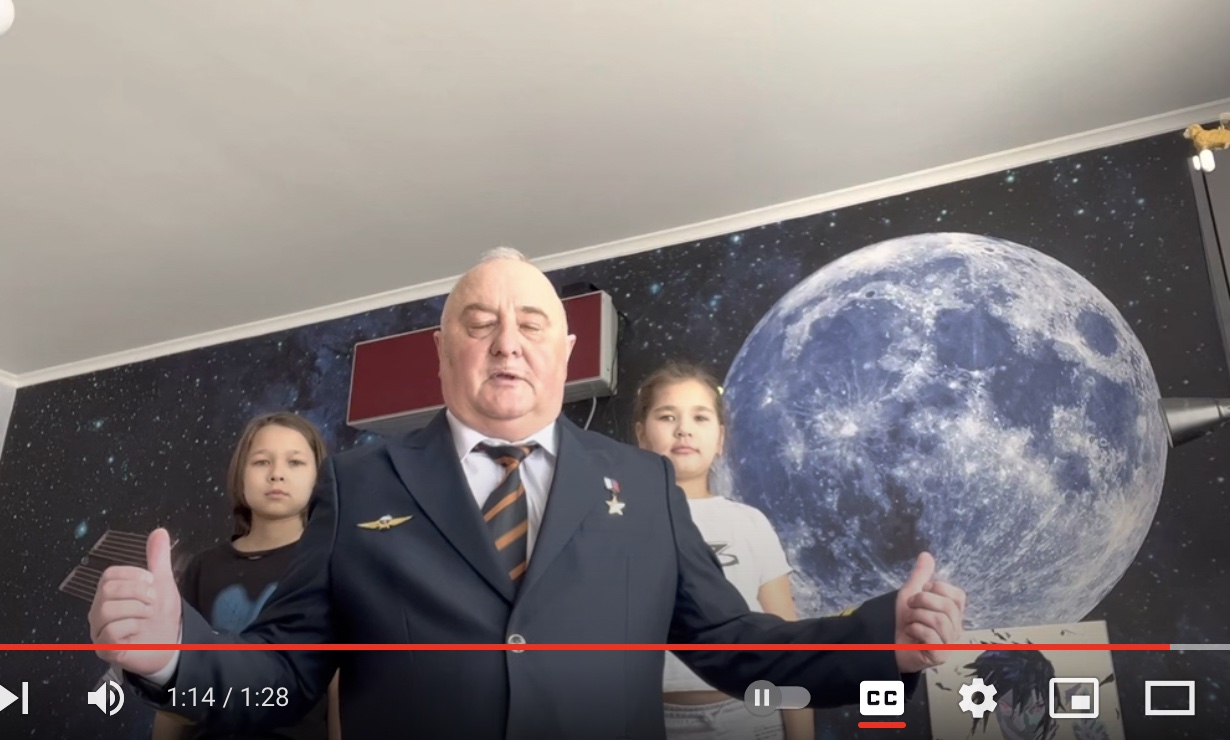 Military aggression contradicts the culture and the values of Russian citizens, who have learned from the bitter experience of the Great Patriotic War [World War II], and the legacy of Russian artistic culture, which is anti-war in its very nature

Declaration of Orthodox hierarchs and scholars of Orthodoxy condemning the concept of ‘Russian peace’ and its use to justify the war in Ukraine — more than 500 people, including several Russians, including Archimandrite Kirill and former editor-in-chief of the Journal of the Moscow Patriarchate Sergey Chapnin

…we reject the heresy of the ‘Russian world’ and the shameful actions of the Russian government, which has unleashed a war against Ukraine. This war relies on a vile and indefensible doctrine condoned by the Russian Orthodox Church. We reject it as profoundly un-Orthodox, un-Christian, and hostile to humanity <...>. Just as Russia has invaded Ukraine, so the Moscow Patriarchate of Patriarch Kirill has invaded the Orthodox Church (as, for example, has happened in Africa), causing division and strife that not only results in uncountable deaths, but also endangers the souls of people, the salvation of the faithful

Open letter from children’s writers, poets and other book industry workers of Russia — more than 40 people

(available from Echo of Moscow in the wayback machine)

Statements of celebrities and organizations

the board of directors of Lukoil, Russia’s largest private oil company

biologist Evgeny Levitin, who has published an anonymous appeal on behalf of Russian biologists, condemning false reports about the development of biological weapons in Ukraine, published by the pro-government Russian media

Miron Fedorov (Oxxxymiron), who has organized a charity concert in Istanbul and raised over $30,000 for the Ukrainian refugees

Ivan Dryomin (Face), who has left Russia and declared that he would no longer tour in his homeland

I’m ashamed I was born on this day — Alexander Gudkov, showman

editor of Channel One Marina Ovsyannikova, who spoke out against the war in a live broadcast on Vremya on March 14, appearing behind the host with an anti-war banner, and was soon detained

No war [in English]. Stop the war. Don’t believe the propaganda. They are lying to you [in Russian]. Russians against war [in English again] (Ovsyannikova’s banner)

former chief artist of Channel One Dmitriy Likin, who had resigned from his post after the beginning of the war

Other culture workers and celebrities:

former Bolshoi theater prima ballerina Olga Smirnova, who had to leave the theater because of her anti-war statements

former editor-in-chief of a pro-Kremlin media Russia Today Maria Baronova, who has resigned in protest of the war

director of the Dozhd channel Natalia Sindeyeva, who has published an appeal to pro-government journalists Margarita Simonyan and Tina Kandelaki and Russian Foreign Ministry spokeswoman Maria Zakharova and asked them to speak out against the war

Colonel General Leonid Ivashov, Chairman of the ‘Assembly of the Russian Officers,’ who on January 28th had published an appeal to the President and the citizens of Russia entitled ‘The Eve of War,’ in which he condemned the possible recognition of the Donetsk and Luhansk republics and the escalation of the conflict in Ukraine

(available in the wayback machine

Several employees of the state-controlled TV channels, which daily provide the official Kremlin view on the events in Ukraine, have resigned after the beginning of the war without making any statements. This includes NTV anchors Liliya Gildeyeva and Vadim Glusker, Channel One special correspondent Zhanna Agalakova, and many other unnamed employees of Channel One, NTV, and VGTRK

Statements of some government officials

Another Duma deputy from the party New People, Sangadzhi Tarbayev, has also spoken out against the war

The Commission on Political Rights of the Presidential Council for Civil Society and Human Rights has issued a statement condemning military actions in Ukraine and military censorship in Russia. It was signed by more than 12 members of the Council

Listing on Russian website Meduza February 26 under the title “In Russia itself and around the world, tens of thousands of people opposed the war.”

The following sources are in addition to the google list “Russians are against the war in Ukraine” mentioned above.

Staff and students of the Moscow Gorky Literary Institute

Graduates, students, graduate students and employees of the Faculty of Philosophy of Moscow State University – 187 signatures listed as of March 22

Community of Moscow State University named after M.V. Lomonosov against the war

We, students, graduate students, teachers, staff and graduates of the oldest university in Russia, Moscow State University named after M.V. Lomonosov, we categorically condemn the war that our country unleashed in Ukraine.. . . The appeal was signed (at 00:10, March 5, 2022) by more than 7,500 graduates, staff and students of Moscow State University.