An article by Nicole Martinez in El Mostrador (translation by CPNN)

The spokesperson for the 8M Feminist Coordinator has underlined the advances in terms of parity and gender perspective within the Constitutional Convention. Among some milestones, she highlights that “the Justice Systems Commission took a historic step forward by establishing that all jurisdictional bodies and all persons involved must be guarantors of substantive equality, and that all resolutions must have a gender perspective”. The constituent, who is part of the Constituent Social Movements, emphasized that the changes that have been achieved are here to stay, and that “we are never going to return to second place again. That is a commitment that we have made with ourselves, and also with future generations, with the girls of this country”. 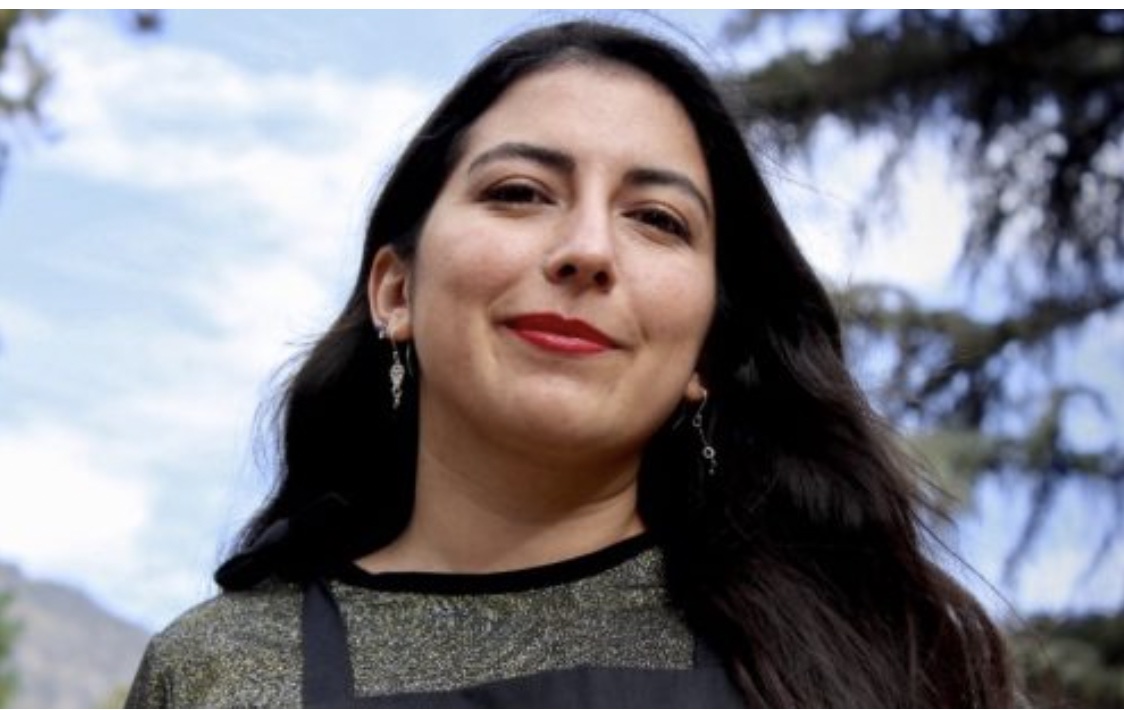 Two women will go down in history as presidents of the Constitutional Convention (CC), and each commission has at least one woman among its two coordinators. They are part of the milestones that have marked the constituent process, where women’s leadership has been more substantive and visible than in other spaces of political deliberation. And it was not by chance, because behind these advances there was the work of the feminist world, which since the beginning of the process has advocated minimums such as gender parity in the election of conventional women and men.

The gender perspective has been in every discussion, in every commission and in every proposal, and has made concrete progress, such as in the first regulations approved by the Justice Systems Commission, which are already part of the draft of the new Constitution, regarding to the guarantee of equality and gender perspective in resolutions. In a few days, the first proposals related to sexual and reproductive rights will also begin to be voted on in plenary.

One of the representative voices of the feminist movement within the Convention is the constituent of the 12th district, Alondra Carrillo, who is a spokesperson for the Feminist Coordinator March 8 and also for the Constituent Social Movements. In an interview with El Mostrador, she addressed the main advances that feminist proposals have had in the constituent process, the gender perspective in political spaces and the vision before the feminist government, as defined by the President-elect, Gabriel Boric.

-The Constitutional Convention (CC) has been one of the political spaces that has innovated on gender issues. What is your diagnosis in these months of work in the CC in terms of gender issues and perspective?

-Feminists came to the Convention from many different places, and we also came with a perspective of transformation that reaches practically all areas of constitutional discussion.  Gender advancement is one of the forms of the feminist program, but it is not the only thing, to the extent that we also propose structural and comprehensive transformations in the way power is configured in our country.

In terms of gender transformations, there have been multiple steps forward, the first of which was taken during the process of drafting the regulations, where two guidelines were established. On the one hand, parity as a minimum for the presence of women and sexual and gender in State bodies. Parity that is not defined as 50/50, but in the expression is “at least half”.  Our presence must be at least half, so that there is no repetition of what happened in the election process that led to the Constitutional Convention and that resulted in the exclusion of many women in the name of 50/50 parity. Another guideline is to consider that patriarchal and gender violence is a form of political violence for which the entire constituent body has to assume responsibility.

Now, we have advanced perspectives of parity democracy in each one of the organs of the State. It is part of the voting in particular of the Political System Commission. The Justice Systems Commission took a historic step forward by establishing that all jurisdictional bodies and all persons involved must be guarantors of substantive equality, and all resolutions musrt have a gender perspective.

Another of the transformations that are being debated these days, and that will arrive on Thursday at the plenary session of the Constitutional Convention, is the consecration of our sexual and reproductive rights, the right to decide on our bodies and on the exercise of our sexuality, including the right to a protected pregnancy and childbirth, and also the right to voluntary interruption of pregnancy, the right to comprehensive sexual education, the right to identity. And in these days the contributions of the Commission on Principles will also be debated, which establish substantive equality as a mandate to the State to remove all the obstacles that in fact prevent substantive equality among the people who inhabit our country.

-Looking in perspective, from prior to the installation of the Convention and until now, have the priorities changed for the feminist movement?

-The feminist program against the precariousness of life with which we arrived at the Constitutional Convention continues to be the guiding compass of our activity within the Convention and also outside of it. These are points that will be discussed shortly, too, when social rights are debated in a feminist perspective. Among them, the right to work from a feminist perspective, which begins by recognizing all work that sustains life, including unpaid work, and a new comprehensive social security system, which includes a single care system sustained on the perspective of universality and solidarity.  Social rights such as housing, are demanded by the work of constituents and popular organizations in the construction of the Popular Initiative of Standards for decent housing with a feminist perspective. Housing is considered as a space where, on the one hand, we can exercise our right to pleasure and enjoyment, and, on the other hand, where the design of housing is designed to collectivize reproductive work, which consists of maintaining life on a daily basis. Today it is reduced to the private sphere, and in the private sphere it is highly precarious. That is to say, the mandate with which we came, which is a programmatic debate, has been expressed in the debate of the commissions to raise Popular Initiatives of Standard, and has informed the discussion in each one of the commissions of the CC.

-When you have raised these issues, when the gender approach has been included, there are sectors in the CC that have put up some obstacles and expressed reluctance, especially from a sector on the right. In general, how has the reception of these issues been within the Convention and how has dialogue been going on with the most critical sectors?

-Generally, the positions taken by the right within the Convention are widely publicized in the press. However, what is not so strongly highlighted on many occasions is the overwhelming transversality with which these perspectives have been advancing in the Convention.  So much so that, in its first vote, the article that establishes the gender perspective and substantive equality as mandates for the new justice system had more than 2/3 approval. After that debate, in addition, we have had complementary bibliography that we have made available to the sectors that raised objections at the beginning. We hope that as this discussion progresses, they will understand and open up to an inescapable question: the feminist transformation of the State is inescapable, it is a fact.

What we have seen is that there is a sector within the right, which is not even able to express itself, that resists accepting the transformations that are underway, and there is another sector that we hope can rise to the democratic debate and the openness that is taking place in the Convention to incorporate these transformations with an extraordinarily high majority.

-Based on the above, do you think that the milestones that have occurred within the CC, such as the two women’s presidencies and various female leaderships, in addition to these advances that you mentioned in terms of gender, are going to permeate other political spaces? ?

-Transformations in this sense are here to stay. We have always said: we are here to stay and we will never return to second place. That is a commitment that we have made with ourselves, and also with future generations, with the girls of this country. We believe that what is going to make it possible for this to continue to be sustained, for the process of transformation to continue to deepen, is the same condition that makes transformation possible in other aspects of this social, economic, political and cultural order, which is social, popular mobilization. As long as the feminist movement continues to be a strong movement, as long as we continue to understand that the path we have opened is a long-term path, and we do not allow patriarchal inertia to return,

-The incoming government of President-elect Gabriel Boric, who formally takes office on Friday, has defined itself as a feminist government. What are the expectations of that and how important is it that for the first time a government defines itself as such?

-I am part of a sector of the feminist movement that campaigned for Gabriel Boric from autonomy, because we put two issues at the center: on the one hand, the need to block the path of the extreme right that declares war on women, poor people and sexual and gender difference; and on the other hand, to maintain and defend the constitutional process that we have opened. We have our hopes pinned on the feminist movement and on its ability to sustain –as we defined in the Plurinational Meeting of Women and Dissidences that Fight, this year – the feminist program regarding the work of the Government. Never again are we going to delegate to others the continuity of the transformations that we have set out to carry out, and we know that their depth also rests on our presence, on a presence that sustains the programmatic alert permanently, so that the promises that are contained in the government program, and which coincide with the program of the feminist program, materialize in fact.