In the past week we have seen many messages on social networks about the value and importance of peace. There are two messages that have impacted us and motivated us to write again about the urgent need to educate for peace. We want to share these two messages, since they invite us to reflect not only on the war in Ukraine, but on the many other wars that are taking place in the world, some not necessarily with war tanks, missiles and bullets. 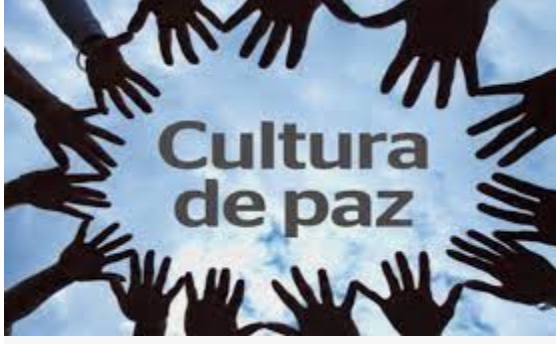 One of the messages is a quote from Maria Montessori: “Everyone talks about peace, but nobody educates for peace, people educate for competition and this is the beginning of any war. When we educate to cooperate and be in solidarity with each other, that day we will be educating for peace”.

When we read the words of Montessori, we think about whether it will be possible for educational systems to begin to be modified so that we leave behind so much competition and the desire to be better than “the other”. This is not only happening among children and youth, as we see it among teachers and administrators as well. There is always that need to destroy the “other” or overshadow it so that we see ourselves better and more powerful. Do you agree with us? We leave that question for you to reflect on the quote from this great educator.

In addition, a few days later we came across a quote from Malala Yousafzai, who was shot at close range by the Taliban on her way home from school in Pakistan on October 9, 2012. This attack was in retaliation for her courageous activism for of the education of all children, and especially for that of the girls of the world who do not enjoy the same rights to education as boys. Today she is still very active fighting for peace and education.

These are her words that circulate through the networks these days: “If you want to end the war with another war, peace will never be achieved. The money spent on tanks, weapons and soldiers should be spent on books, pencils, schools and teachers.

Don’t you think that Malala speaks a great truth? However, today it seems that many people, not just politicians, prefer war. We see it in messages everywhere, where it is stated that “this new war” can be ended in a very simple way: by attacking the invading country. Could it be that those who are in favor of ending the war with another war do not think about the consequences of that action?

The claims for peace of many citizens in the world make us reflect on what we have failed. We fear that much begins in our homes, where competition is promoted and “you take off so I can put on” and that same message continues at school, as Montessori says. Therefore, it is imperative that we begin to reflect on our attitudes and visions about education at home and at school. We, as educators, are concerned about the role that teachers play in developing a culture of peace.

Let us remember that in 1997 the General Assembly of the United Nations Organization (UN) proclaimed the year 2000 as the Year of the Culture of Peace (MANIFESTO 2000 FOR A CULTURE OF PEACE AND NON-VIOLENCE, Encuentros-multidisciplinares.org) . To celebrate such an important occasion, a group of Nobel Prize winners drafted a manifesto that contains a series of key principles with which it is necessary for every citizen to commit himself in daily life, in the family, at work, the community, the country and the region to achieve a culture of peace. We highlight the following:

1. Practice active non-violence, rejecting violence in all its forms: physical, sexual, psychological, economic and social, in particular towards the most deprived and vulnerable such as children and adolescents.

2. Defend freedom of expression and cultural diversity, giving preference always to dialogue and listening without engaging in fanaticism, defamation and the rejection of others.