An article from Guinee Matin (translation by CPNN)

Former members of the National Assembly of Guinea have created a platform, called “Coalition of women parliamentarians and actors for peace, rights and development in Guinea” (COFEPAD-Guinea). This organization was announced by a public declaration issued this Friday, January 7, 2022 in Conakry. 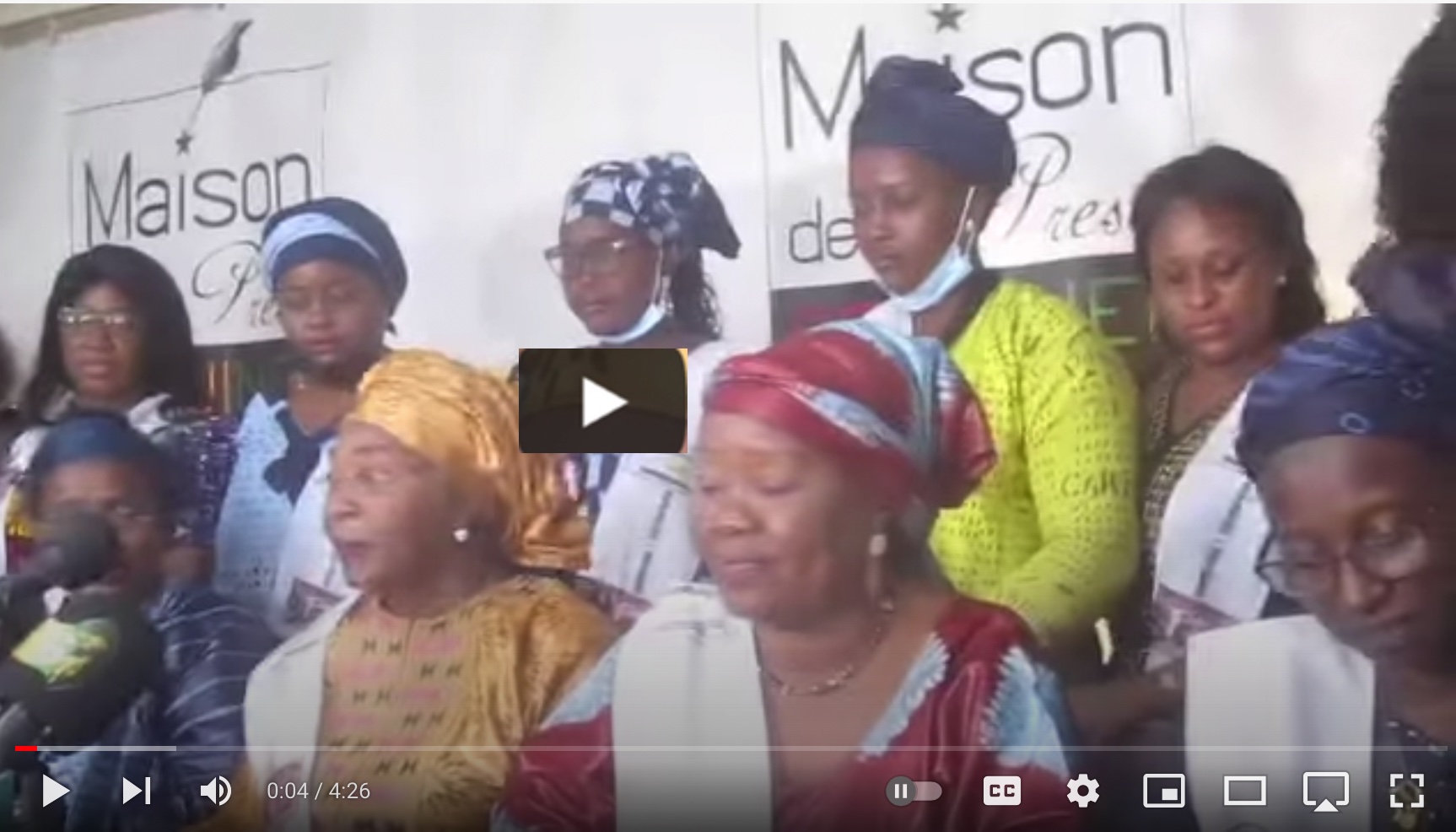 video of the press conference

COFEPAD-Guinea is led by Dr. Zalikatou Diallo, former MP and former Minister of Citizenship and National Unity, and its vice-presidents are Dr. Hadja Aïssata Daffé and Ms. Nanfadima Magassouba. Its main objective is to contribute effectively to the preservation and consolidation of achievements in the defense of the rights of women, children and vulnerable people in the Republic of Guinea.

We, the women who have participated in the various legislatures of the National Assembly of the Republic of Guinea, as well as we, actors working for peace, the defense of the rights of women, children and vulnerable people, have taken the initiative to the establishment of the COALITION OF WOMEN PARLIAMENTARIANS AND ACTRESSES FOR PEACE, RIGHTS AND DEVELOPMENT IN GUINEA (COFEPAD-GUINEA).

The launch of the activities of this Coalition, whose head office is located in Conakry, in the Commune of Ratoma, in the district of Lambanyi, has as its primary objective to contribute effectively to the preservation and consolidation of achievements in the defense of the rights of women, children and vulnerable people in the Republic of Guinea.

COFEPAD-GUINEA has the following essential mission:

– Allow its members to interact in order to pursue the noble and exalting struggle for gender equality and the consideration of the gender dimension at all levels of the Guinean Nation, while promoting lasting peace, a society of cohesion, a culture of good citizenship and the other values ​​necessary for the socio-economic development of Guinea.

– Contribute to the maintenance and consolidation of achievements in favor of Guinean women in legal texts, favorable to gender equality, in order to enable Guinea to achieve the Sustainable Development Goal (SDG): Nations Nations No. 5 as well as the provisions of the Maputo Protocol of the African Union, adopted on July 11, 2003 in Maputo and entered into force since November 25, 2005.

– Carry out advocacy and lobbying actions at the level of the authorities and bodies of the Transition, with a view to amending all provisions that discriminate against women and vulnerable people. Promote ctions that contribute significantly to the implementation of UN Resolution 1325 and its related resolutions.

– Recommend the strict application of criminal sanctions against perpetrators of rape and conduct awareness campaigns to reverse this trend in Guinean society.

– Work to strengthen lasting peace and national unity in the Republic of Guinea by an extensive awareness campaigns at all levels, supported by a synergy of action between our Coalition and the administrative and local authorities, as well as other actors involved in the same dynamic. These actions should put Guinea on track to achieve the SDGs by 2030, as well as the African Union’s Agenda 2063. In particular with regard to Aspiration No. 6, namely: “An Africa whose development is people-driven, which relies on the potential of its people, especially women and young people, who care about the well-being of children.

In order to achieve the results produced, the members of COFEPAD-GUINEA propose a strategic plan accompanied by an action plan in accordance with the statutes of the Coalition.

Through multiple activities, COFEPAD-GUINEA proposes to :

– Contribute to strengthening a durable culture of peace, a sine qua non condition for the harmonious and balanced development of Guinea;

– Strengthen the partnership between men and women and the capacities of the members of the Coalition to better fulfill their missions of defending women’s rights while preserving what has already been achieved;

– Harmonize and strengthen partnership with other national and international institutions, organizations, and networks that promote gender equality;

To enable it to achieve this panoply of objectives, COFEPAD-GUINEA count son the support of administrative authorities, national and international institutions, as well as collaboration with NGOs defending the rights of women, children and vulnerable people in Guinean society.

Long live the women of Guinea

Long live peace, unity and the development of Guinea

May God bless Guinea and all Guineans