An article from China.org (translation by CPNN)

The 4th edition of the Paris Peace Forum, which brought together 1,000 participants in Paris and 15,000 online, ended this Saturday (November 13) with a series of initiatives, including the launch of an international appeal to defend the rights of the child in the digital environment. 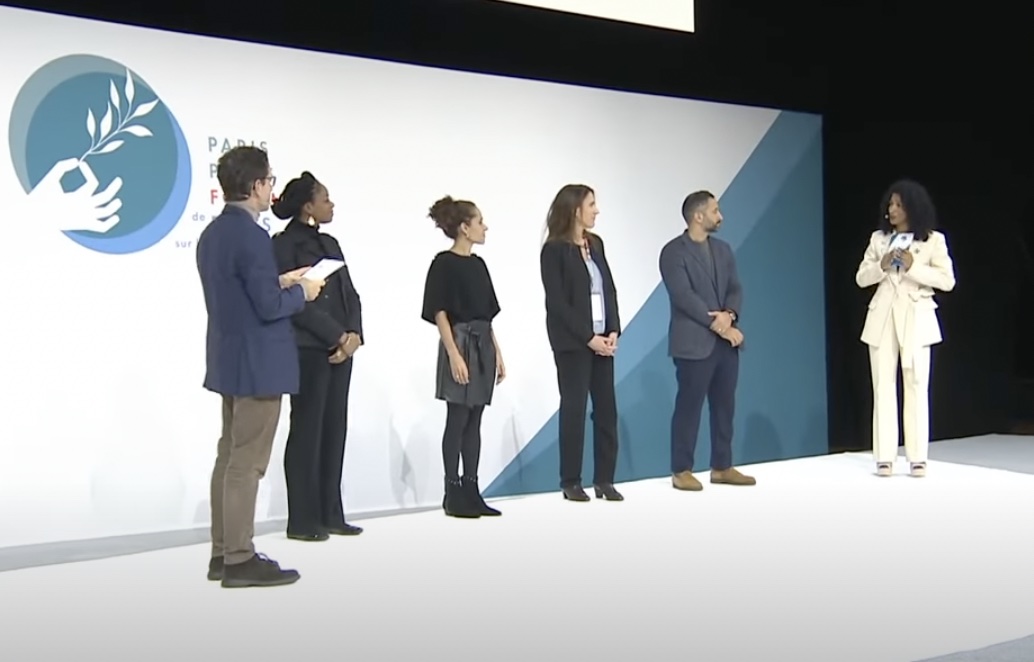 Frame from video of the Forum

The international regulation of digital technology was one of the main issues of this edition of the Paris Peace Forum. In addition to the opportunities it opens up for children, the digital environment can also expose them to “illegal or hateful” content online and to cyberbullying, hence the decision of this forum to host the launch of a international call to defend the rights of the child in the digital environment.

This appeal was signed by major digital platforms, including Amazon, Google, YouTube, and Twitter, a dozen non-governmental organizations and nearly a dozen states, according to a press release from the Forum.

The signatories also pledged through series of actions “to enable children to use digital tools safely and to benefit to their full potential, without being exposed to abuse,” the document said.

Still in the digital domain, the United States and the European Union have joined the Paris Call for Confidence and Security in Cyberspace. Launched in 2018 during the first edition, this call invites “to react together in the face of new threats that endanger citizens and infrastructures”.

The “Net Zero Space” initiative which calls for a sustainable use of outer space by 2030, with the objective of reducing pollution of the “Earth’s orbit” environment has also been launched as part of the project. of the forum.

The Armed Forces of 22 countries, represented at the forum by their Minister of Defense, are also committed to reducing their impact on the climate.

The Forum participants thus recalled the importance of cooperation in responding to the challenges facing the world. This is for example the case of the call to defend the rights of the child in the digital environment. “Taking back control of a number of digital business operations can only go through international cooperation,” explained the president of the Paris Peace Forum, Pascal Lamy.

In a message addressed to the participants of this forum, the Secretary General of the United Nations, Antonio Guterres stressed the importance of dialogue and solidarity to reduce the fractures that threaten the world. “No state will be able to absorb them alone. Solidarity is our only chance,” he stressed.

It is this same global solidarity through cooperation that will rid the world of the COVID-19 pandemic, according to the Director General of the World Health Organization (WHO), Tedros Adhanom Ghebreyesus.

“The pandemic will end when the world decides to put an end to it. It is in our hands. It is a question of political will and courage”, announced the head of the WHO during the forum.

The Paris Peace Forum is an international event focusing on issues of global governance and multilateralism. This fourth edition, which was held from November 11 to 13, brought together 45 heads of state and government and leaders of international organizations.