A declaration by Mouvement de la Paix (translation by CPNN)

Previously, on September 25, in some sixty cities, Mouvement de la Paix demonstrated for “peace, climate, nuclear disarmament, social justice and human rights” through appeals signed by numerous organizations (see the texts of the calls below).

For the actions of November 6, on the occasion of the COP 26 in Glasgow, Mouvement de la Paix is a signatory of the national call “United for the climate” which states that “Climate change endangers everyone all over the world. It is global. It demands global responses: massive reduction in greenhouse gas emissions, the fight against polluters and their systems of production system, international solidarity between the rich countries and the global South. Social justice and the protection of Human rights. must be the guiding principles of action for climate justice ”. 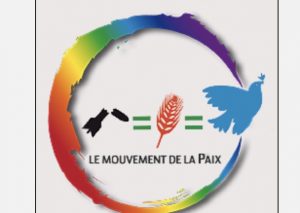 In addition to these objectives Mouvement de la Paix, like the UN and hundreds of organizations around the world, stresses that actions for climate, peace and human rights are linked and that the climate challenge requires a drastic reduction in global military spending and the elimination of nuclear weapons which also represent a mortal danger to humanity.

We regret as an example that the European Green Deal for the climate provides only 100 billion euros per year at European level, while the European Court of Auditors recommends 1112 billion euros per year and that in a single year, world military spending is 1,732 billion euros according to Sipri. With this logic and with the concern for transparency of the data, Mouvement de la Paix joins 180 other organizations at the international level in the international appeal that during the COP26, the governments commit themselves to significantly reduce their military greenhouse gas (GHG) emissions (See the petition here) and that a specific working group be set up within the IPCC to measure the pollution linked to military activities.

For these reasons, Mouvement de la Paix is ​​calling everywhere in France, on Saturday November 6, 2021, to contribute to the success of the global day of action for the climate.