An article from Cultura Colectiva (translation by CPNN)

The Head of Government of Mexico City, Claudia Sheinbaum, was the host of the third World Forum on Cities and Territories of Peace. It brought together important world leaders, an important event in the fight against inequality that exists in the XXI century. Within a complex scenario due to the covid-19 pandemic, major proposals were presented in the capital by mayors who were invited from different cities. 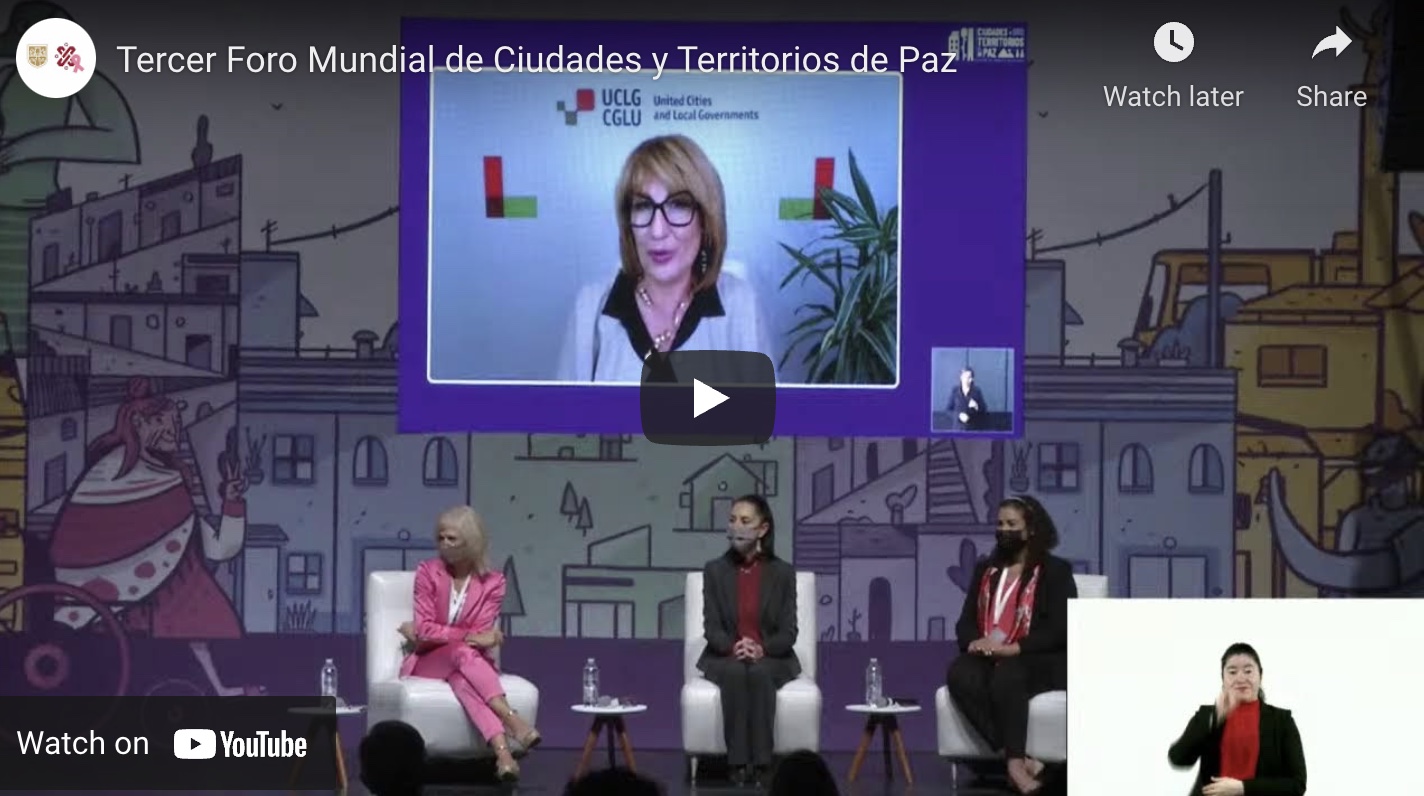 The opening session demonstrated the power of women and their influence in the most important positions to run large cities in the world.

One of the main conclusions of the Forum was to recognize that the fight to end social inequality is one of the main strategies to combat violence and achieve global peace. Claudia Sheinbaum, head of government of the Mexico City and host of the event, pointed out that “you cannot talk about peace or ending violence, if you do not fight against inequalities.” Sheinbaum stressed that it is essential to guarantee access to human rights of health, education, security and a healthy environment to improve equity. “If we do not attend to access to human rights, it will be difficult for us to attain a territory of peace.

In the first session of the event, all the participants were women. Claudia Sheibaum (representative of Mexico City), Claudia López (mayor of Bogotá), Ada Colau (mayor of Barcelona), Manuela Carmena (former mayor of Madrid) and Reyna Rueda (mayor of Managua).

Reflections towards the future

“We cannot think of peace without equality. We know that there will be no peace if inequalities are not reduced; that is why we must work to end them,” said Ada Colau, mayor of Barcelona, ​​Spain, who participated virtually. She stressed that violence is related to all aspects of life. For example, she said, it is impossible to talk about peace in the world without addressing the climate crisis. “Climate change implies population displacement and more violence,” she noted. However, she clarified, global peace begins in the cities themselves; For this reason, it is important not only to actions, but also to raise our voiceto denounce the violation of human rights and support those who suffer injustice.

Claudia López, mayor of Bogotá, pointed out that Colombia has been the only country in Latin America affected by an internal armed conflict in the recent century. Despite this, she highlighted the work done to achieve the peace agreements that ended the conflict. “We knew that as long as the conflict with the FARC (Revolutionary Armed Forces of Colombia) occupied the epicenter of Colombian politics, there was no way for the causes of women, equity, the environment and other issues to take place,” she said. She pointed out that reconciliation was important since it not only meant a peace agreement, but also to bring tranquility to all Colombians in all areas. “But for this, it is necessary to attend to the social demands for equity, justice and opportunities.”

Finally Reyna Rueda, mayor of Managua in Nicaragua, praised the role of women in current politics. “Obviously there is a lot to do, but women are working on full and comprehensive development,” she said. She stressed that all the inhabitants of the planet must be promoters of peace: “We must promote it, strengthen it, and leave indelible marks for future generations.”

The World Forum on Cities and Territories of Peace began as the World Forum on Urban Violence, in Madrid, Spain, and has now become a process of global and collective reflection that seeks to strengthen peacebuilding from the local spheres. For 2021, Mexico City is the headquarters of its third edition.

(Editor’s note: It was decided that the Fourth edition of the Forum will take place in Bogota, Colombia.)