An article from BBC News at bbc.co.uk/news (reprinted by permission)

Coventry has welcomed a giant puppet of a child to the city as it nears the end of a 5,000-mile walk from Syria to “rewrite the narrative about refugees”. 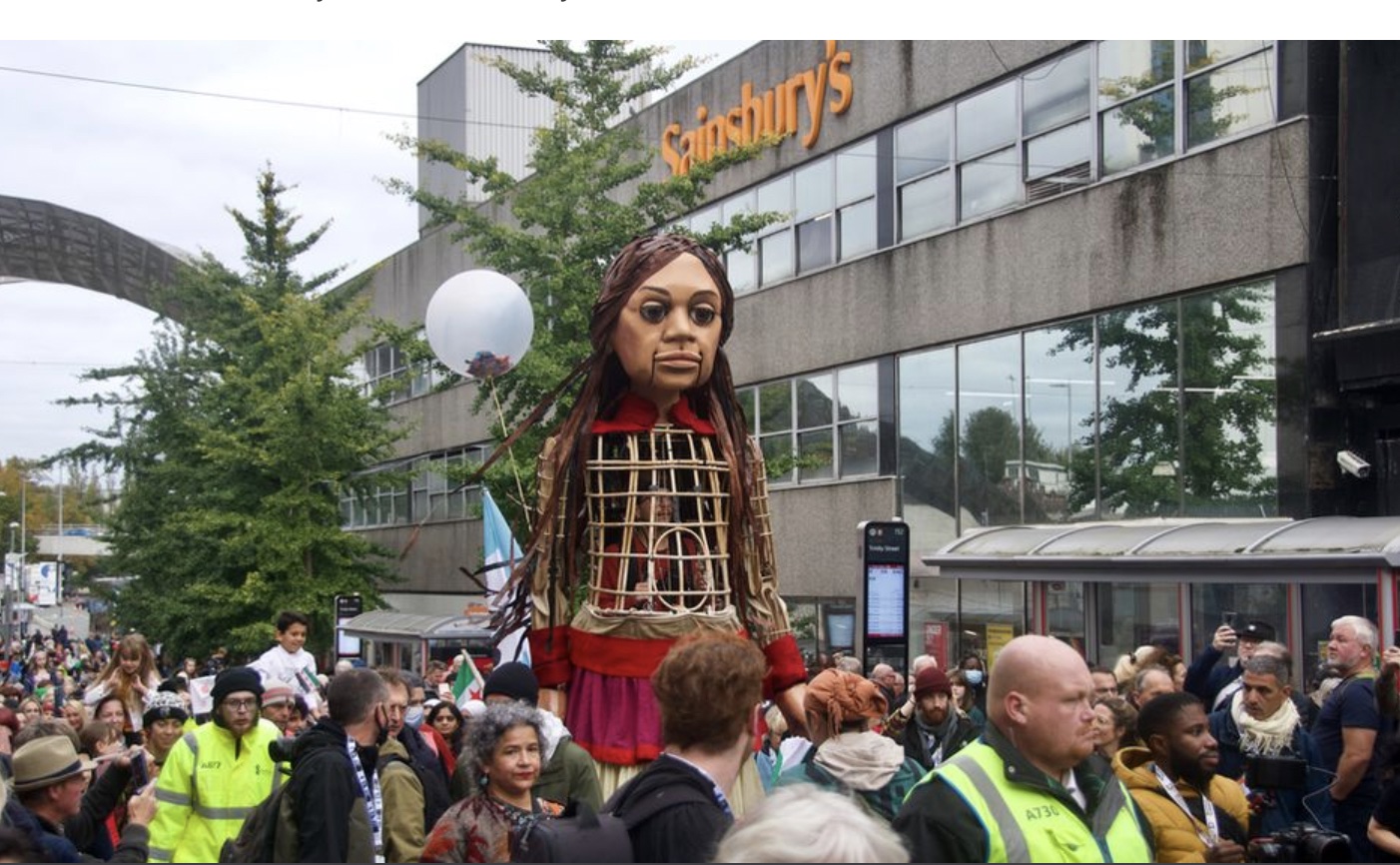 Little Amal represents a nine-year-old girl on a journey, in a project called The Walk.

The puppet, whose name means “hope” in Arabic, started its 8,000km journey in Gaziantep, Turkey on 27 July and has travelled across Greece, Italy, Switzerland, Germany, Belgium and France.

Organisers said the aim had been to shine a light on the stories of the millions of displaced refugee children she represents.

Coventry, the current City of Culture, which is known as a city of peace and reconciliation, is thought to be home to about 1,500 people seeking refuge.

Julia, who arrived in Coventry from Kenya, said: “Amal is symbolic to a lot of us.

“I don’t think people understand survival until they are put in a situation. You think ‘why are you running? Why can’t you go to the police?’

“Sometimes it’s not a choice you have when you are just a common person.”

After Coventry, Little Amal will visit Birmingham, Sheffield and Barnsley before the 14-week travelling street theatre ends in Manchester on 3 November.

Little Amal’s story began in Good Chance Theatre‘s award-winning play, The Jungle. The critically-acclaimed production was based on the stories Good Chance’s founders Joe Murphy and Joe Robertson encountered when they created their first Theatre of Hope in the 2015 Calais refugee camp. Little Amal appeared as a character in The Jungle who represented the hundreds of unaccompanied minors in the Calais camp who were separated from their families. Following the success of The Jungle, which contributed to a global conversation about refugees and shared humanity, Good Chance felt Little Amal’s story still had so much more to say.