An article from El Comentario (translation by CPNN)

This weekend an international discussion was held on “Freedoms, culture of peace and human rights in education”, organized by the High School 32 of the University of Colima, located in Suchitlán. The aim was to have an interactive meeting space where activists and social leaders from Mexico, Colombia and Guatemala could share their experiences and proposals with students from the school. 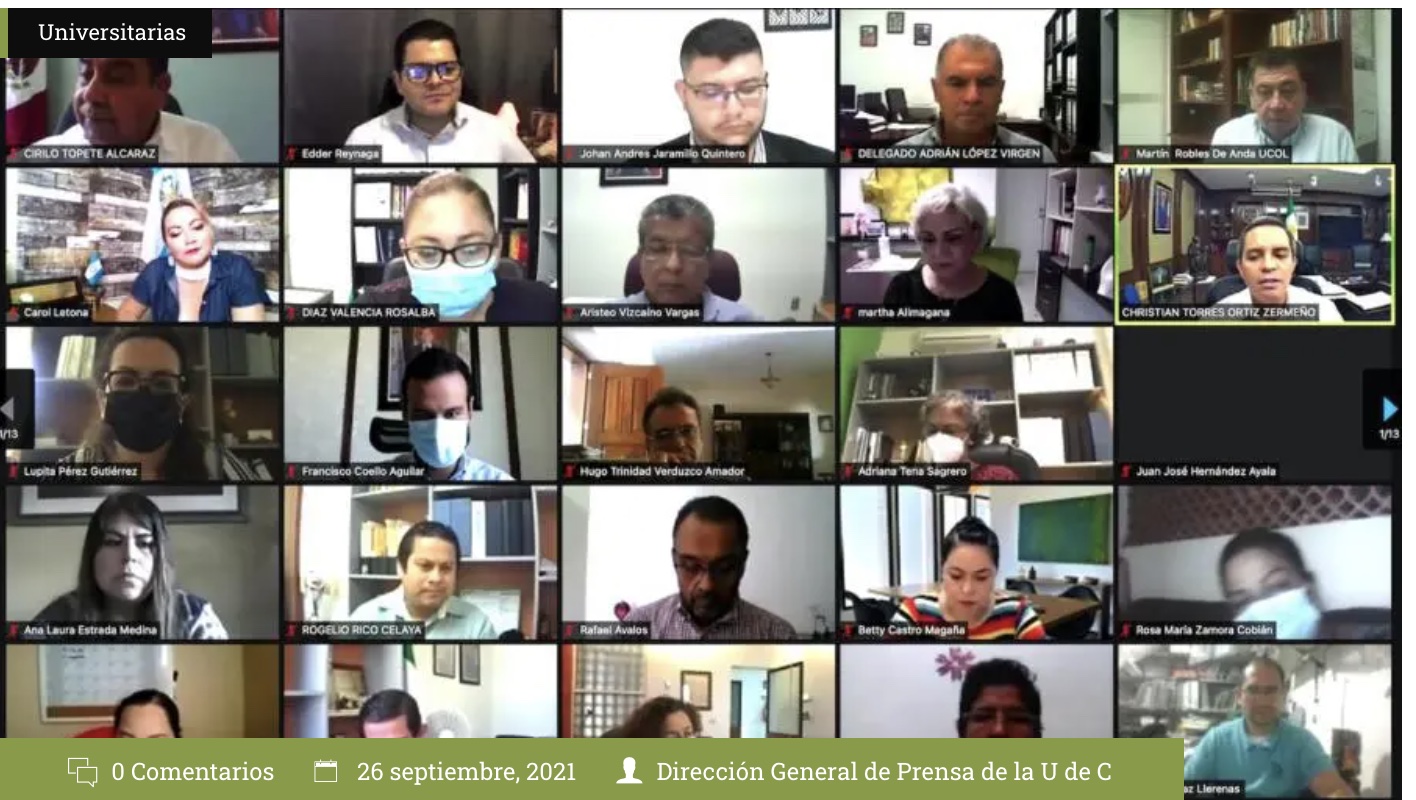 Opening the event, Rector Christian Jorge Torres Ortiz Zermeño highlighted that this type of initiative as “an example of the importance of educational institutions in the implementation and promotion of the culture of peace”; In this sense, he added, the UdeC itself has promoted different actions, such as the inclusion of the subject in study plans, a humanistic educational model aimed at comprehensive training, as well as efforts to offer quality education.

However, he pointed out, the high interaction that occurs in university spaces, as well as the diversity and dynamics of the student population, “require permanent and coordinated activities to achieve the long-awaited culture of peace.”

This, he stressed, “is not an simple task; Therefore, together with participation in national programs such as ANUIES and the design of institutional strategies for the promotion of values ​​that privilege respect, freedom and justice, it is essential to learn about other experiences and to reflect and discuss aspects that allow us generate new projects aimed at guaranteeing peace, human rights, inclusion and substantive equality.

Finally, he highlighted that universities are called to be generators of these spaces. In this sense, he thanked the speakers for their willingness to contribute to enriching the participants’ knowledge; “I wish the organizers and speakers success and a profitable learning for the university students, which we will surely see materialized in actions in favor of tolerance and the eradication of violence.”

The president of University Volunteering, Blanca Liliana Díaz Vázquez, said that talking about a culture of peace “means placing special emphasis on values, principles, attitudes and positive behaviors that reflect respect for the dignity of all and all” , since this concept, she emphasized, “puts human rights at the center, the rejection of violence in all its forms and modalities, promotes substantive equality and inclusion, and incorporates principles such as freedom, justice, solidarity and tolerance ”.

She added that “peace allows understanding between peoples and groups of people.” For this reason, she pointed out, it is of great importance to speak and reflect on the culture of peace in university spaces, “since we are convinced that educational institutions are the propitious place for the analysis and promotion of projects aimed at promoting changes in the way of relate ”.

In this sense, she reported that within Volunteering, and hand in hand with the University Family Development Center (CEDEFU), “we work to foster and promote the culture of peace as an instrument that contributes to the education of those who are trained in our highest house of studies, through intervention programs where this perspective is linked to volunteer work.

We also promote the participation of university youth in solving problems in their environment, we bet on awareness and training as transformative mechanisms and we promote leadership and human development from a transversal and holistic perspective ”.

Finally, Díaz Vázquez recognized and congratulated Baccalaureate 32 for the relevance of this discussion, because through specific actions, those who study at said campus can access this training; “I am convinced that this activity will allow a greater understanding of the meaning of peace for the community of this school, but also the possibility of replicating in the institution those actions and proposals that our renowned panelists will share with the university community.”

During his speech, the director of Bachillerato 32, Cirilo Topete Alcaraz defined the culture of peace “as an element that allows the construction of new routes for the sustainable development of peoples and is promoted through training actions that put human rights, prevention of violence, substantive equality between men and women and inclusion. For this, I thank our Rector Christian Torres Ortiz for his support to promote these actions. They strengthen the training of all our students, as well as the teaching, administrative, secretarial and general services staff ”.

In the framework of this Conversation, recognized activists and promoters of the culture of peace participated, such as Andrea Palomo from Switzerland, Carolina Letona from Guatemala, Johan Jaramillo from Colombia, Lucero Padilla from Oaxaca, Jesús Monjarás from San Luis Potosí, Esther Pérez de Hidalgo and Edder Reynaga from the University of Colim