An article by Julia Conley from Common Dreams (licensed under Creative Commons (CC BY-NC-ND 3.0). to republish and share widely)

A summer marked by rallies, motorcades, and pressure campaigns targeting lawmakers standing in the way of voting rights legislation culminated on Saturday in the 2021 March on Washington, where thousands demanded that Congress pass far-reaching measures to protect and expand the right to vote.
Demonstrators traveled  from across the country to mark the 58th anniversary of the historic 1963 March on Washington for Jobs and Freedom. 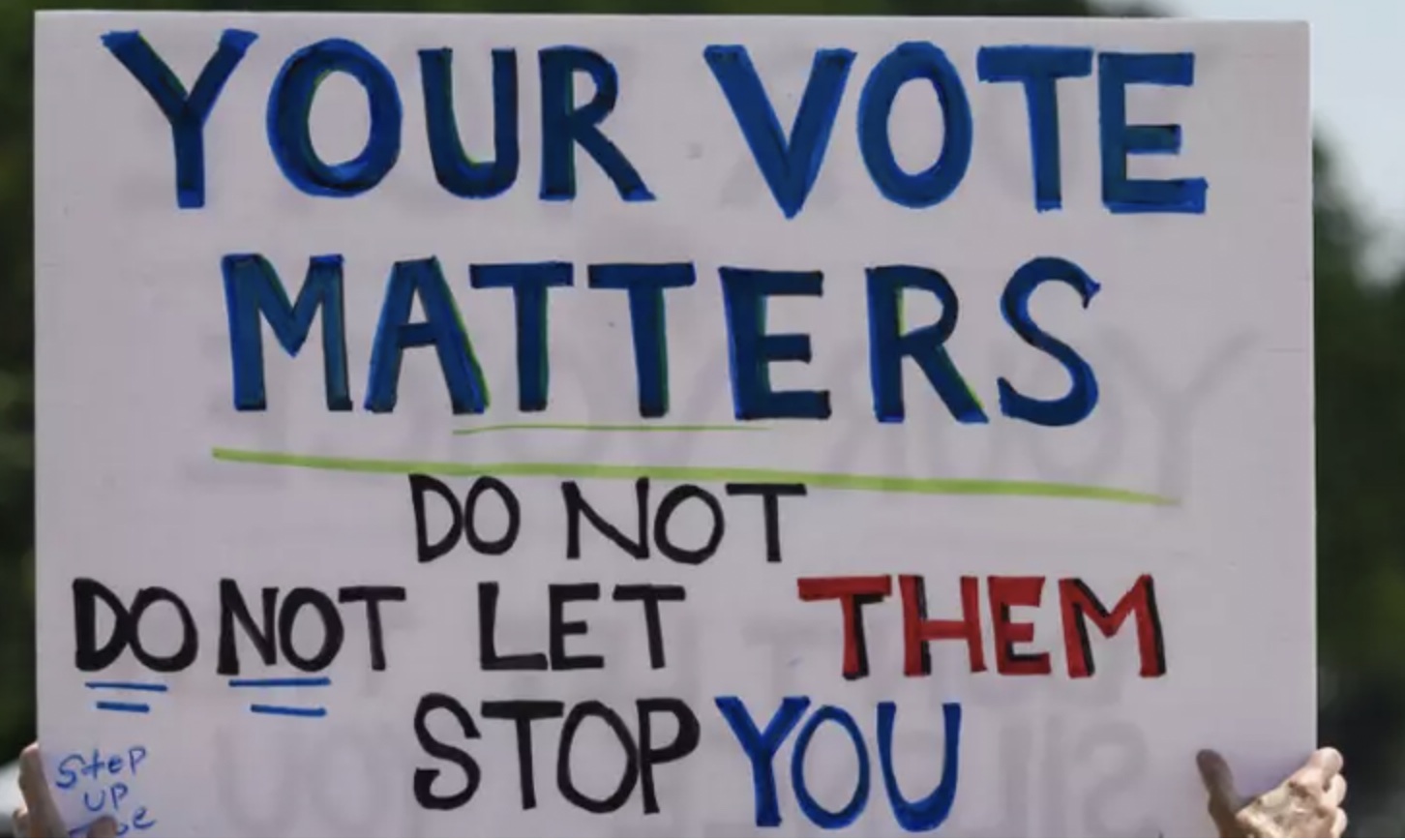 As groups including the Poor People’s Campaign, Stand Up America, and Public Citizen have for months, thousands of protesters called on Congress to pass the For the People Act and the John Lewis Voting Rights Advancement Act and to eliminate the legislative filibuster to do so if necessary.

The  For the People Act  would grant statehood to Washington, D.C.; ban partisan gerrymandering; implement automatic voter registration for federal elections, and take other major steps to expand voting rights.

Rev. Dr. William J. Barber II, co-chair of the Poor People’s Campaign, was among  those who spoke  at the event—officially  called  “March On for Washington and Voting Rights”—as well as Reps. Cori Bush (D-Mo.) and Mondaire Jones (D-N.Y.), relatives of the late Rep. John Lewis, and family members of George Floyd.

Addressing the crowd about statehood for Washington, D.C., Barber said the district’s nearly 700,000 residents have “been robbed” for more than 200 years.

“I didn’t say a thief came in,”  said  the reverend. “A thief is different than a robber. A thief is sneaky. But a robber takes your rights right in front of you.”

While right-wing Democrats including Sens. Joe Manchin (D-W.V.) and Kyrsten Sinema (D-Ariz.) are threatening the passage of far-reaching voting rights legislation with their support for the filibuster and claims that the bills are too “partisan,” Republican state legislators have  introduced  more than 360 bills restricting the right to vote, and dozens are moving towards passage.

Speakers including the Rev. Liz Theoharis, who co-chairs the Poor People’s Campaign with Barber, connected ongoing attacks on voting rights to the climate emergency, economic justice, and the recent actions of the right wing-led Supreme Court—which gutted the Voting Rights Act in 2013 and this week  blocked  the Biden administration’s extended eviction moratorium.