From 4 to 8 October 2021, UNESCO, the African Union and the Government of Angola are co-organizing the second edition of the Biennale of Luanda – “Pan-African Forum for the Culture of Peace”. The afternoon of the first day shall host the Intergenerational Dialogue of leaders and young people, whose central theme to be discussed will be “Cultural and Heritage Diversity of Africa and its Diasporas: Fires of Conflict or Ground of Peace?” 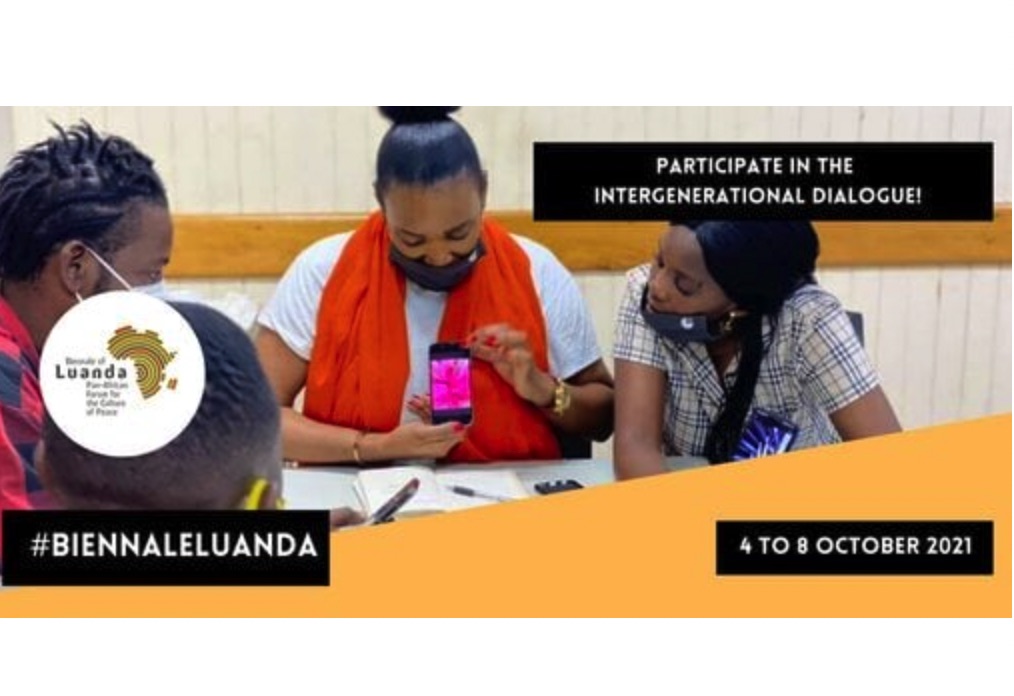 150 young participants from all over the world – particularly focused on the AU countries and the Diaspora – will join the Intergenerational Dialogue online and 10 people shall be participating physically with Ministers in charge of Youth and Culture to debate on the importance of cultural and heritage diversity of Africa and its Diasporas to promote the culture of peace in the continent.

The youth and leaders shall discuss about the national appropriation of the Convention on the Safeguarding of the Intangible Cultural Heritage (October 2003), the Convention on the Protection and Promotion of the Diversity of Cultural Expressions (October 2005) and their positive impact on encouraging peaceful. coexistence and interaction of different cultural identities and heritage across  Africa; and, secondly, to question the relationship of young people with their culture and how they build their cultural identity in their relationship to otherness.

In addition to the Intergenerational Dialogue, the 150 youth shall be following and actively participating to the Thematic and Good Practices Forums, focused on the following official themes:

– The contribution of arts, culture and heritage to peace

– Engaging young people as actors of social transformations for conflict prevention and sustainable development in Africa in the face of conflicts, crises, and inequalities

– Harnessing the potential of oceans for sustainable development and peace

These young people will be selected from among members of National Youth Councils, National Coordinating Bodies of the Pan-African Youth Network for a Culture of Peace (PAYNCOP), The African Union Youth Volunteer Corps, the ICESCO Youth Networks and other youth leaders and organizations, through a call for applications launched on 30 June and completed July 20.

In addition to the 150 selected ones, other young people will also be able to join the activities virtually from wherever they are, as well as trough decentralized participation and by scaling up efforts through digital platforms such as social networks. These are to be facilitated by UNESCO Field Offices, AU Youth Division and  Liaison Offices, National Commissions for UNESCO, ICESCO, ideally in partnership with Universities and Schools, digital campuses of the University Agency of the Francophonie, French Institutes and any other interested structure or entity.