The government has fixed December 4 and 5 to hold the planned “World Peace Conference” as part of the ongoing celebration of birth centenary of Father of the Nation Bangabandhu Sheikh Mujibur Rahman. 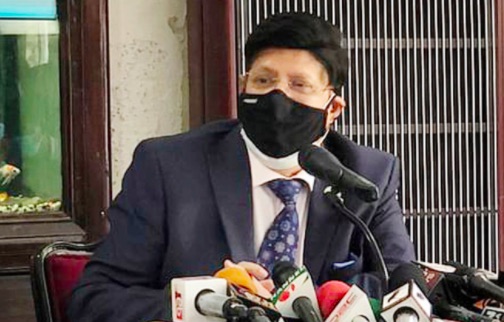 “We have decided to hold the conference in the month of victory, and we are hopeful to make it in-person,” Foreign Minister Dr AK Abdul Momen told reporters at his residence on Monday.

Are there countries that promote a culture of peace?

He said that the “Bangabandhu Peace Award” would be introduced and conferred during the conference. Many countries introduce such awards after the name of their father of the nation, like Gandhi Peace Prize in India.

Momen also said Dhaka is not planning to invite any heads of states or governments to the conference, rather the government will gather the world-renowned peace activists, writers, poets, singers and global civil society figures to promote the culture of peace and tolerance.

A national committee headed by Speaker Shirin Sharmin Choudhury has already been formed to organize the peace conference successfully. The committee members sat for the first meeting on Monday.

At the conference, a special discussion would be held on the life of Bangabandhu as Bangladesh is now a model of peace following the path shown by its founding father, the minister said.

He added that Bangladesh, under the leadership of Prime Minister Sheikh Hasina, is spreading the peace message across the world, which is the “culture of peace.”