Inspired by the Constitution of UNESCO, the definition of the concept of a culture of peace is the culmination of a long process of maturation initiated by the Yamoussoukro Declaration on peace in the minds of men developed at the Congress International on Peace in the Minds of Men, organized jointly in Yamoussoukro (Côte d’Ivoire), from June 26 to July 1, 1989, by the Ivorian Government and UNESCO. 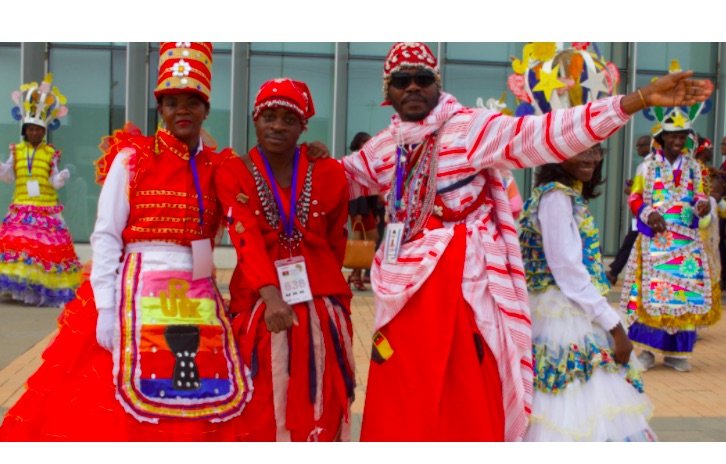 The reflection on the concept of a culture of peace was further developed at the first International Forum on a Culture of Peace, organized from February 16 to 18, 1994, in San Salvador (El Salvador). The San Salvador Forum defied the basic principles for the development and implementation of national programs for the culture of peace. Between 1993 and 1996, apart from the National Program for a Culture of Peace in El Salvador, national programs were in fact envisaged by the Organization in several countries: Mozambique, Burundi, Kenya, South Africa, Congo, Sudan , Somalia, Philippines, Bosnia, Haiti.

According to the resolution 52/13 of January 15, 1998 of the UN General Assembly , the culture of peace consists “of values, attitudes and behaviours that reflect and inspire social interaction and sharing based on the principles of freedom, justice and democracy, all human rights, tolerance and solidarity, that reject violence and endeavour to prevent conflicts by tackling their root causes to solve problems through dialogue and negotiation and that guarantee the full exercise of all rights and the means to participate fully in the development process of their society,”

The United Nations General Assembly then proceeded, the same year, to the proclamation of the “International Decade for the Promotion of a Culture of Non-violence and of Peace for the Benefit of the Children of the World” (2001-2010) , the adoption in 1999 of the “Declaration and Program of Action on a Culture of Peace” and the celebration of the year 2000, the International Year for the Culture of Peace, under the direction of UNESCO.

(i) “respect the life and dignity of every human being without discrimination or prejudice”;

(ii) “practise active non-violence, rejecting violence in all its forms: physical, sexual, psychological, economic and social, in particular towards the most deprived and vulnerable such as children and adolescents”;

(iii) “share my time and material resources in a spirit of generosity to put an end to exclusion, injustice and political and economic oppression”;

(iv) “defend freedom of expression and cultural diversity, giving preference always to listening and dialogue without engaging in fanaticism, defamation and the rejection of others”;

(v) “promote consumer bhaviour that is responsible and development practices that respect all forms of life and preserve the balance of nature on the planet”;

(vi) “contribute to the development of my community with the full participation of women and respect for democratic principles in order to create together new forms of solidarity. ”

Signed by nearly 76 million people worldwide, the Manifesto 2000 contributed to the creation of a “World Movement for a Culture of Peace” which had been called for in the “Declaration and Program of Action on a Culture of Peace.”

Thirteen years later, for the Africa region, the call for the creation of a “continental and sustainable movement for peace” was included in the “Action plan for a culture of peace in Africa / Agissons for peace “. This plan was adopted at the end of the Pan-African Forum “Sources and Resources for a Culture of Peace” , organized jointly with the Angolan Government and the African Union, in Luanda, from March 26 to 28, 2013.

The objective of the forum in 2013 was “to rely on the sources of inspiration and on the potential of the continent’s cultural, natural and human resources to identify avenues and concrete actions to build a lasting peace as the cornerstone of endogenous development and pan-Africanism.” In this context, the decision was taken to create a Biennial of the culture of peace.

As a follow-up to the call for the creation of a “continental and sustainable movement for peace”, several networks of African and Diaspora civil society organizations were created under the aegis of UNESCO and the AU, with the support of a certain number of Member States,:

1. In September 2013: the “Network of Foundations and Research Institutions for the Promotion of a Culture of Peace in Africa.” ​​It now includes more than 50 organizations, including UNESCO Chairs. The Félix Houphouët-Boigny Foundation for Peace Research is in charge of the permanent secretariat of the network and its head office is therefore based in Côte d’Ivoire, more precisely in Yamoussoukro.

2. In December 2014: the “Pan-African Youth Network for the Culture of Peace.” It includes around 60 organizations, including National Youth Councils. The permanent secretariat of this network of young people is hosted by Gabon.

3. In June 2018 the idea of ​​creating a network of research organizations on women and the culture of peace in Africa and in the Diasporas was launched through the creation in Gabon of a national organization aptly named “Pan-African Women’s Network for the Culture of Peace and Sustainable Development.” This was extended in September 2019 through the holding of a women’s forum at the first edition of the Luanda Biennale,.

1. A global platform for cooperation for the development of violence and conflict prevention strategies and the dissemination of initiatives and good practices, with a view to building sustainable peace and development in Africa (Thematic Forums);

2. A space for exchange between the cultural identities of Africa and its Diasporas, a privileged meeting place for the arts, cultures and heritage as instruments of dialogue, mutual understanding and tolerance (Festival of cultures);

3. A multi-actor partnership between governments, civil society, the artistic and scientific community, the private sector and international organizations. A major opportunity to support emblematic programs for Africa by developing on a larger scale projects and initiatives that have proven to be successful at the local, national or sub-regional level (Alliance of partners for the culture of peace in Africa).

The second edition of the Luanda Biennale will take place between October 4 and 8, 2021

Adams (David), Early history of the culture of peace