An article by René Wadlow in the Transcend Media Service

Hans Küng was a Swiss Roman Catholic theologian who died on 6 Apr 2021 at the age of 93. He always stressed the Swiss aspect of his life, its democratic traditions, and the need to discuss widely before making a decision. He wrote his doctoral thesis at the Sorbonne University in Paris on the Swiss Protestant theologian Karl Barth (1886 – 1968) who spent most of his teaching life at Bale Universit 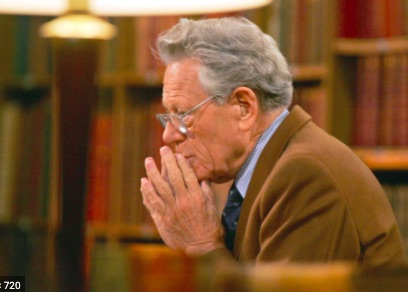 Küng always hoped that some of the democratic spirit would enter the Roman Catholic Church, and he had high hopes at the time of the Vatican II Conference which brought some reforms to Church administration.  Küng also saw Vatican II as a time when Catholic thinkers such as Pierre Teilhard de Chardin (1881-1955) and Henri de Lubac (1896-1991), who had been marginalized, were again being read.  However, the conservative forces within the Church and especially within the Vatican itself regained influence.  The more liberal voices were less heard, and in some cases were driven out of the Church itself.

Like Karl Barth, the political tensions in the 1980s between the U.S.A. and the USSR became a preoccupation.  In addition, the tensions in the Middle East were growing. Küng wanted to find a moral code that would provide a global way of life conducive to peace.  He became active in the Parliament of the World’s Religions which had been an effort in the 1880s to develop dialogue among representatives of religions.  A century later the Parliament was revived and has held a session every five years or so meeting in different parts of the world.

“Peace eludes us, the planet is being destroyed, neighbors live in fear, women and men are estranged from each other, children die. This is abhorrent.”

The text goes on,

“We affirm that a common set of core values is found in the teachings of religions and that these form a basis of a global ethic.”

He then calls for a radical change in consciousness.

“We are interdependent. Each of us depends on the well-being of the whole, and so we have respect for the community of living beings, for people, animals, and plants, and for the preservation of Earth, the air, water and soil.”

I had participated in an inter-religious discussion in Geneva in which Hans Küng was active.  True to his democratic spirit, he listened respectfully to what each was saying, although he was the best-known participant in the meeting.  The concept of a global ethic as a base for peace has not yet taken hold, although the Universal Declaration of Human Rights is an important step in that direction.

Hans Küng’s intellectual effort set a direction in which citizens of the world will continue to walk. There is still a good distance to go until the ideology becomes a practice, but the need remains and new voices will come to the fore.