The Pan-African Youth Network for the Culture of Peace (PAYNCOP) organized an ordinary general assembly from April 10 to 11, 2021. The conference took place by video.

This meeting, which brought together nearly forty participants from different African countries, enabled PAYNCOP to renew its Board of Directors, the executive body of the network. 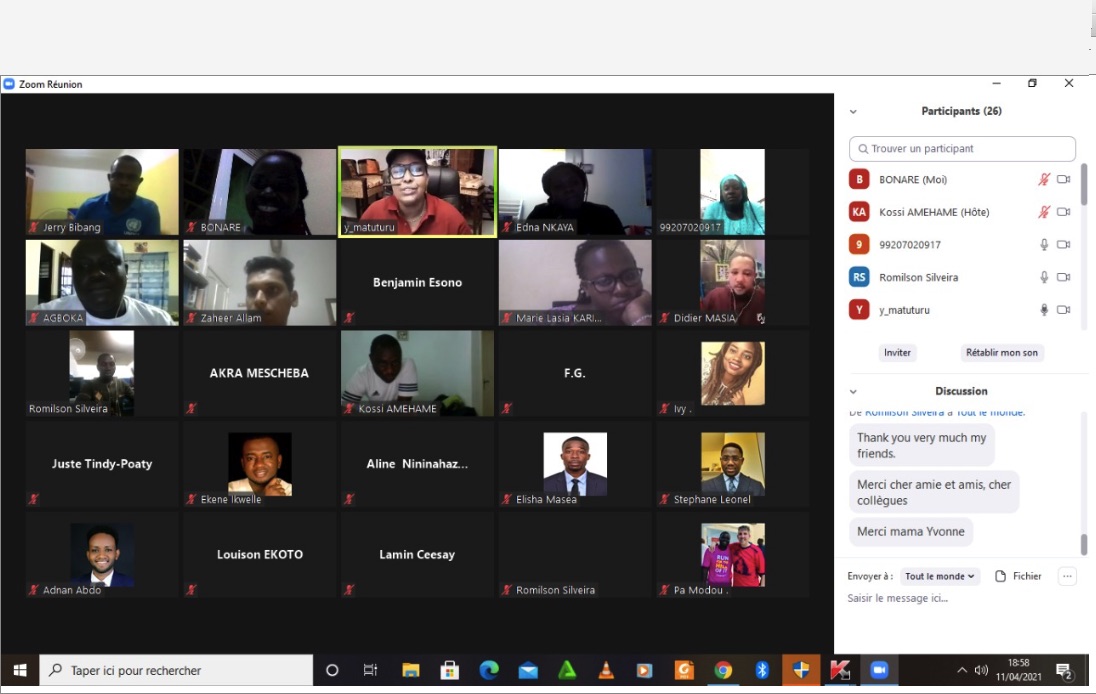 Composed of ten people, the new team is made up of a president, Romilson de BE Silveira, from Sao-tomé, a vice-president, Yannick AGBOKA Koffi, from Togo, a Permanent Secretary, Jerry Bibang, Gabonese, and 9 regional coordinators plus a representative of the diaspora.

Opening the work of this meeting, Eric Volibi, Unesco Representative in Gabon, encouraged young people to engage in the promotion of the culture of peace, and he invited them to plan future activities in partnership with Unesco. These include the Luanda Biennale, scheduled for September 2021, and the Young Weavers for Peace project which concerns Gabon, Cameroon and Chad.

In addition to the renewal of the management team, the participants also looked at various points, including the assessment of activities, challenges and difficulties before identifying prospects for the smooth running of the organization.

Regarding the review of activities, the Central Africa, North Africa and West Africa regions presented their work which was appreciated by the participants.

Among the challenges and difficulties, we note the need for legal recognition of the various national coordinations in order to give PAYNCOP an official status of international organization and the economic empowerment of the organization, which essentially involves two main means: contributions from member coordinations and mobilization of funding from partners.