An article by David Lawder from Reuters (Reprinted by permission)

U.S. Treasury Secretary Janet Yellen said on Monday that she is working with G20 countries to agree on a global corporate minimum tax rate and pledged that restoring U.S. multilateral leadership would strengthen the global economy and advance U.S. interests. 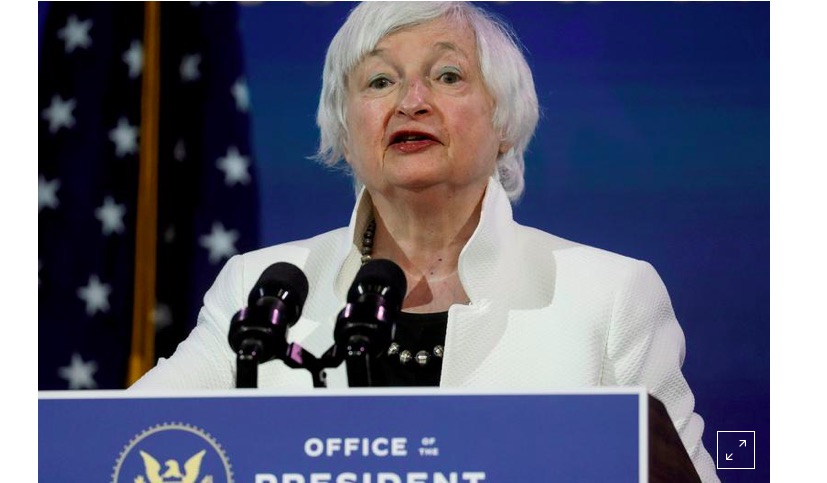 In a speech ahead of her first International Monetary Fund and World Bank Spring Meetings as Treasury chief, Yellen signaled stronger U.S. engagement on issues from climate change to human rights to tax base erosion.

A global minimum tax proposed by the Biden administration could help to end a “thirty-year race to the bottom on corporate tax rates,” Yellen told an online event hosted by the Chicago Council on Global Affairs.

The proposal is a key pillar of President Joe Biden’s $2 trillion infrastructure spending plan, which calls for an increase in the U.S. corporate tax rate to 28% while eliminating some deductions associated with overseas profits.

Without a global minimum, the United States would again have higher rates than a number of other major economies, tax experts say, while the U.S. proposal could help jump-start negotiations for a tax deal among major economies.

World Bank President David Malpass said finance leaders from the Group of 20 major economies on Wednesday would discuss global tax issues, including for digital services, adding that international attitudes were shifting away from continual tax reductions.

“Taxes matter to development, and it’s important that the world get it right,” Malpass told CNBC television.

Opposing tax havens and global exploitation: part of the culture of peace?

Yellen also said she would use the IMF and World Bank meetings this week to advance discussions on climate change, improve vaccine access for poor countries and push countries to do more to support a strong global recovery from the coronavirus pandemic.

“We will fare better if we work together and support each other,” Yellen said.

Her more cooperative approach marks a sharp contrast to the ‘America First’ approach of her Trump administration predecessor, Steven Mnuchin. She has backed a $650 billion increase in IMF monetary reserves that Mnuchin opposed last year, and said she will work with international institutions and partners on carbon emission reduction targets.

Mnuchin had routinely opposed any climate change references in G20 and other communiques issued from large multilateral gatherings.

Yellen also has dropped here a key Mnuchin demand from international tax negotiations – a provision that would allow large U.S. technology companies to opt out of any new rules on taxation of digital services.

The new Treasury chief said it was important to “end the pressures of tax competition” and make sure governments “have stable tax systems that raise sufficient revenues in essential public goods and respond to crises, and that all citizens fairly share the burden of financing government.”

Separately, a U.S. Treasury official told reporters that it was important to have the world’s major economies on board with a global minimum tax to make it effective, but did not say how many countries were needed for this.

The official said the United States would use its own tax legislation to prevent companies from shifting profits or residency to tax haven countries and would encourage other major economies to do the same.

The Biden plan proposes a 21% minimum corporate tax rate, coupled with eliminating exemptions on income from countries that do not enact a minimum tax. The administration says the plan will discourage the shifting of jobs and profits overseas.

Yellen said in her remarks that while advanced economies had successfully supported their economies through the COVID-19 pandemic, it was too early to declare victory, and more support was needed for low income countries to gain access to vaccines.